Last year, on December 22nd, my friend, cyclist and racer Jason Lowndes was killed by a car while training close to his home in Australia. He was 23.

The driver who hit him was texting while driving at the moment of impact. A few weeks ago, in Florida, a distracted driver plowed into a 14-cyclist peloton. Of the 14 people in the group, two were killed. In December 2016, Ellen Watters, a 28-year-old member of the Canadian cycling national team, was also killed by a distracted driver while training close to her home in New Brunswick. In April 2017, Michele Scarponi, star of the Astana professional cycling team, was killed by a truck driver who was watching a video on his smartphone, a few days only before the start of the Giro d'Italia, in which he was slated to participate.

Christmas will be upon us in a few days; lives have been taken, families destroyed and drivers saw their lives ruined. The cell phone is an extraordinary communication tool but, if used while driving a vehicle, it can become a lethal weapon. 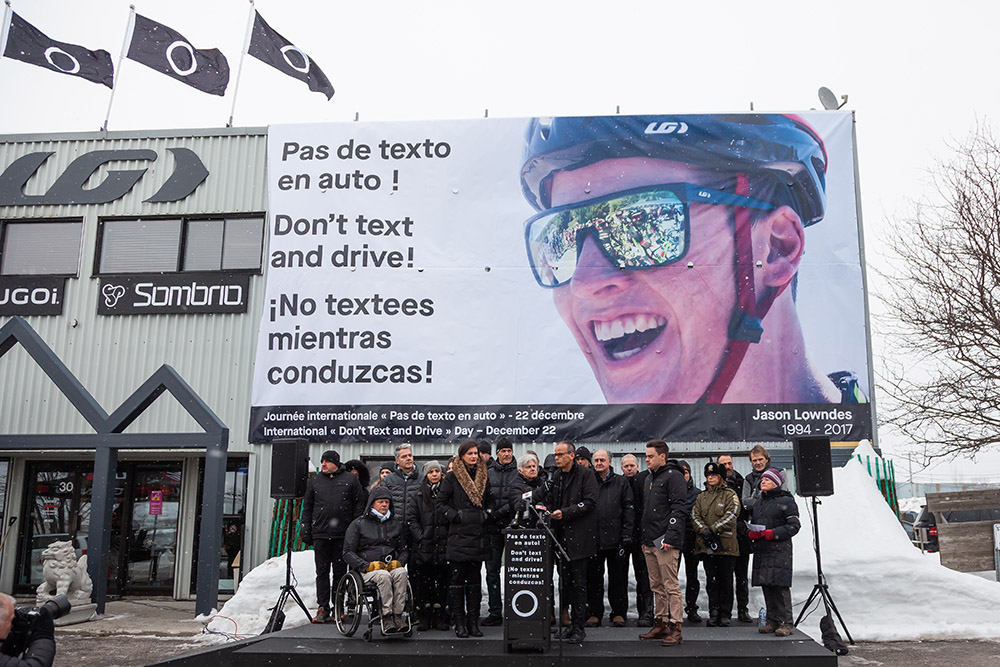 At Garneau, we have decided to launch the International "Don't Text and Drive" Day to make everyone on the planet aware of the danger of texting and driving. Cyclists have been killed, but texting while driving is indiscriminate; pedestrians and other motorists could also be the victims of fatal crashes.

This event is first and foremost a rallying at the human scale, no matter the way of life or means of transportation, in a great effort to bring awareness to this issue. Following this announcement, we will deploy a message chain on social media which, I hope, will touch millions of people around the world and which will be repeated every December 22nd, for the rest of our lives, in homage to my friend Jason.

Today, 22 people will be pledging their support to this cause.

"Distraction in whatever form has no place in the driver's seat of a moving vehicle." Nancy Watters, mother of Ellen Watters, a Canadian professional cyclist who got hit by a car on December 23, 2016 and died a few days later.

“I support Louis Garneau in his awareness campaign against texting while driving. This phenomenon has already cost many professional cyclists their lives. Please think twice before using your phone while driving, accidents happen so quickly! Such an accident can forever change your life and that of other families in the space of a few seconds ... Having lost my younger brother a few days before
Christmas – he was hit by a car while jogging – I can tell you that losing a close one that way is extremely distressing and leaves one scarred for life. We need to be careful!” Hugo Houle, professional cyclist, Astana Pro Team

“We are thrilled to see our partners at Garneau take on this important initiative. Road safety is something that touches everyone, especially those in our cycling community. We are proud to wholeheartedly support this campaign and we look forward to working with Garneau to increase awareness and safety for our cyclists across the country and around the world.” Matt Jeffries, Executive Director, Cycling Canada.

Purchase the "no texting while driving" wristband for $5 and have a constant reminder to leave the phone alone. It's free shipping, and all proceeds go to families who have lost loved ones killed by distracted drivers. 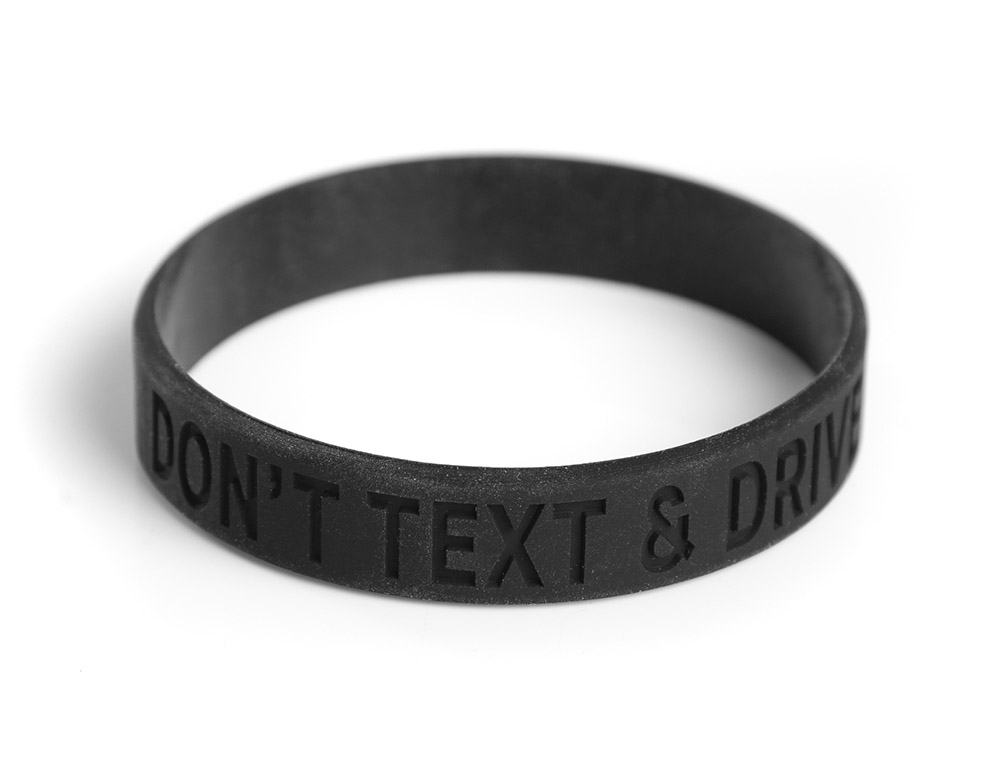