Matt Hadley, trail designer and former national team mountain biker, has been seriously injured in a hiking accident near Moab, Utah, last Wednesday. A rockfall resulted in severe injuries to his right leg, and doctors were forced to amputate. Our thoughts are with Matt and his wife Catherine Vipond. 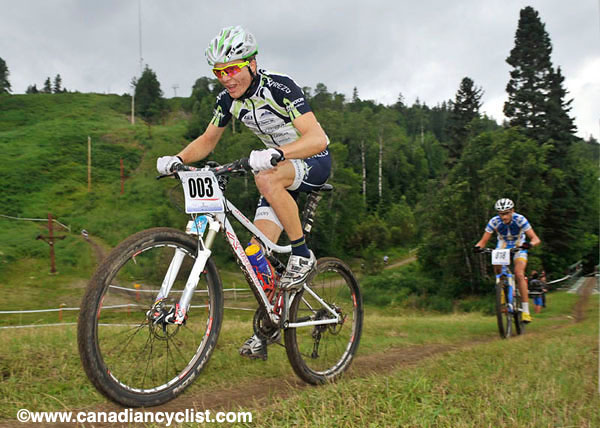 While Catherine has stated that insurance is covering medical costs in the U.S., there will be future expenses for rehabilitation, so a GoFundMe page has been set up, as well as pages to offer support to Matt, Catherine and their families.

Catherine has been updating on CaringBridge - please note that this is NOT the page to offer donations on - instead, visit Matt's Rehabilitation Journey.

As many of you have now heard Matt was struck by a rock while he and I were out hiking just outside of Moab. He suffered severe trauma to his right leg and hand in what was a very lucky, unlucky accident. Wrong spot at the wrong time for sure but somehow that rock managed to miss his head and abdominal area. Unfortunately it did a number to his leg, initially he had a femoral artery graft and below the knee amputation, however there was too much trauma from the crush injury and a second surgery progressed the amputation to above the knee at the site of his femur fracture, time will tell but the hope is the remaining tissues will survive and no further progression needed. He has a kidney injury but is holding strong as well as several displaced bones in his hand that will in time be realigned. The medical staff keep saying how strong his heart and lung are, I've always known he has a heart of gold and lungs of steel. They can't believe how strong and healthy he is, and we all know Matt is a fighter which are all helping him right now.

A huge thank you to all those who have helped in some way starting with the unknown hiker within shouting distance who found service and reached 911, the Grand County EMS, Search and Rescue and Sheriff who got us off the trail and to Grand Junction. The incredible team at St Mary's who not only took care of Matt but helped get Adam, Matt's brother to my side. The care flight crew that got us to Denver Colorado while keeping things calm with hours of ski touring talk. And now the amazing group at Swedish Medical Centre in Denver that is supporting Matt... I can't begin to give names as his support crew is so large and besides that I can't remember names at the best of times.

As for Adam and I we are very glad to have each other and appreciate all the messages we have been receiving they mean so much please know that even if we don't respond feeling the support from home has been huge.