Stephanie Roorda (BC) was reminded of home while in Cali, Colombia preparing for the third World Cup, as it poured rain.  "We had to strategically pick seats on the bus because there were major leaks in the roof and water was coming in everywhere." Most of the 36 countries and 227 cyclists competing have arrived in Cali and are adding to the excitement of the World Cup atmosphere. 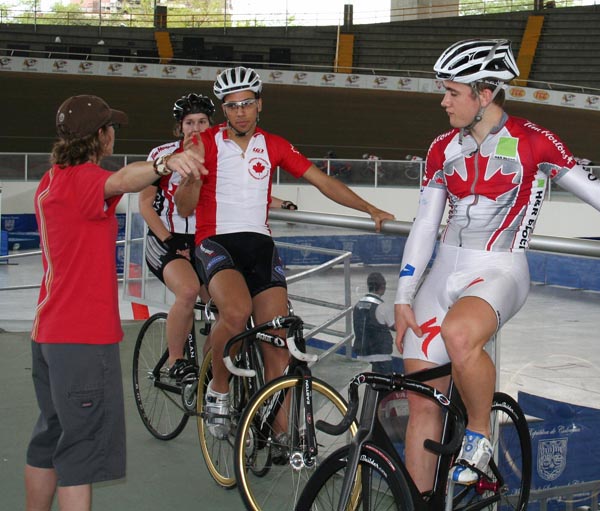 A handful of the Canadians are battling digestive issues as can be expected when traveling to a different culture and a few others are fighting colds, but morale is high and training is going well.  It was an easy day on the track with the athletes leaving feeling ready to race. 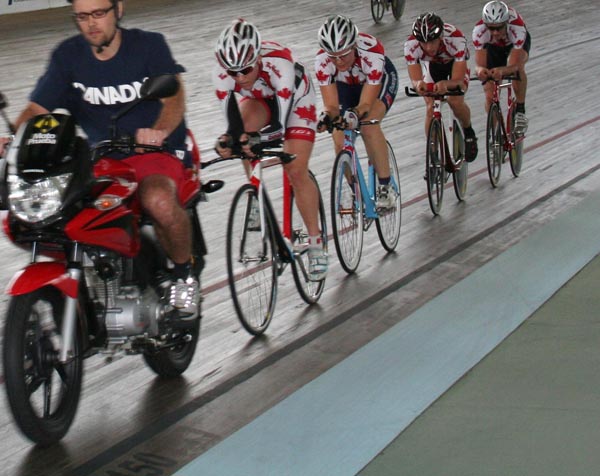 The team decided to broaden their horizons and explore something other than the race hotel and Velodrome.  Joseph Veloce (ON) was one of the explorers who "went for a quick walk down-town to check out the local market, and have an authentic Colombian espresso" in a 100 year old building. 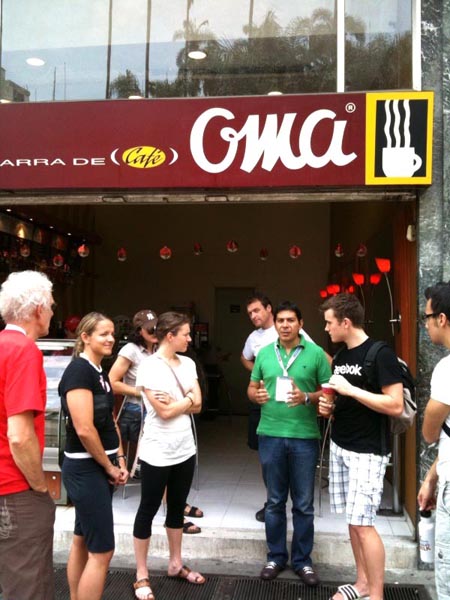 Travis Smith (AB) was the final member of team Canada to arrive last night and had an uneventful trip, especially compared to his teammates a few days earlier.  His first impressions were of the air quality which reminded him of his adopted home Los Angeles.

Today will be the final day of training for the team before the third World Cup begins on Dec. 10th at noon EST with finals in the: