WADA (World Anti-Doping Agency) has released their report for testing and anti-doping rule violations (ADRV) for 2014.  Cycling was the sport with the third most violations, behind Athletics and Bodybuilding.

A total of 217,762 samples were received and analyzed in 2014 by WADA-accredited laboratories. 2,287 samples were reported as AAFs (Adverse Analytical Findings). Of these:

Among the 1,462 ADRVs as a result of an AAF, the samples were collected from: 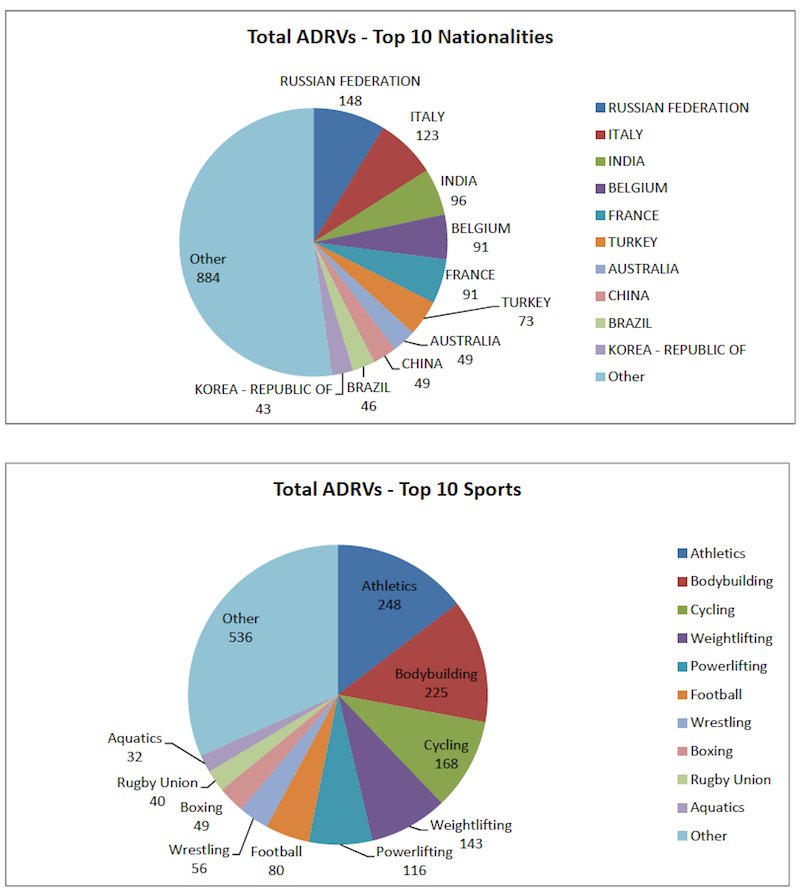 Cycling had 22,471 samples submitted, with a total of 221 AAFs and 126 ADVRs, plus 17 cases still pending.  Cycling was the third most tested sport, behind Football (Soccer) and Athletics.  Para-cycling had 382 samples, 8 AAFs and 2 ADVRs.  Of this total for cycling, one was from Canada.  Italy had the most in cycling with 11, followed by Belgium and France at 5 each.