The UCI has inadvertently revealed a shocking mistruth involving Canadian mountain bike pro Catharine Pendrel:  her birthday is in March, not September, as it appears on her racing licence.

On March 30th, the UCI put up a birthday announcement through their mountain bike Twitter feed, congratulating 'our former XCO World Champ'.  Pendrel quickly tried to quash the reveal with a comment denying that it was her birthday, but the news was out. 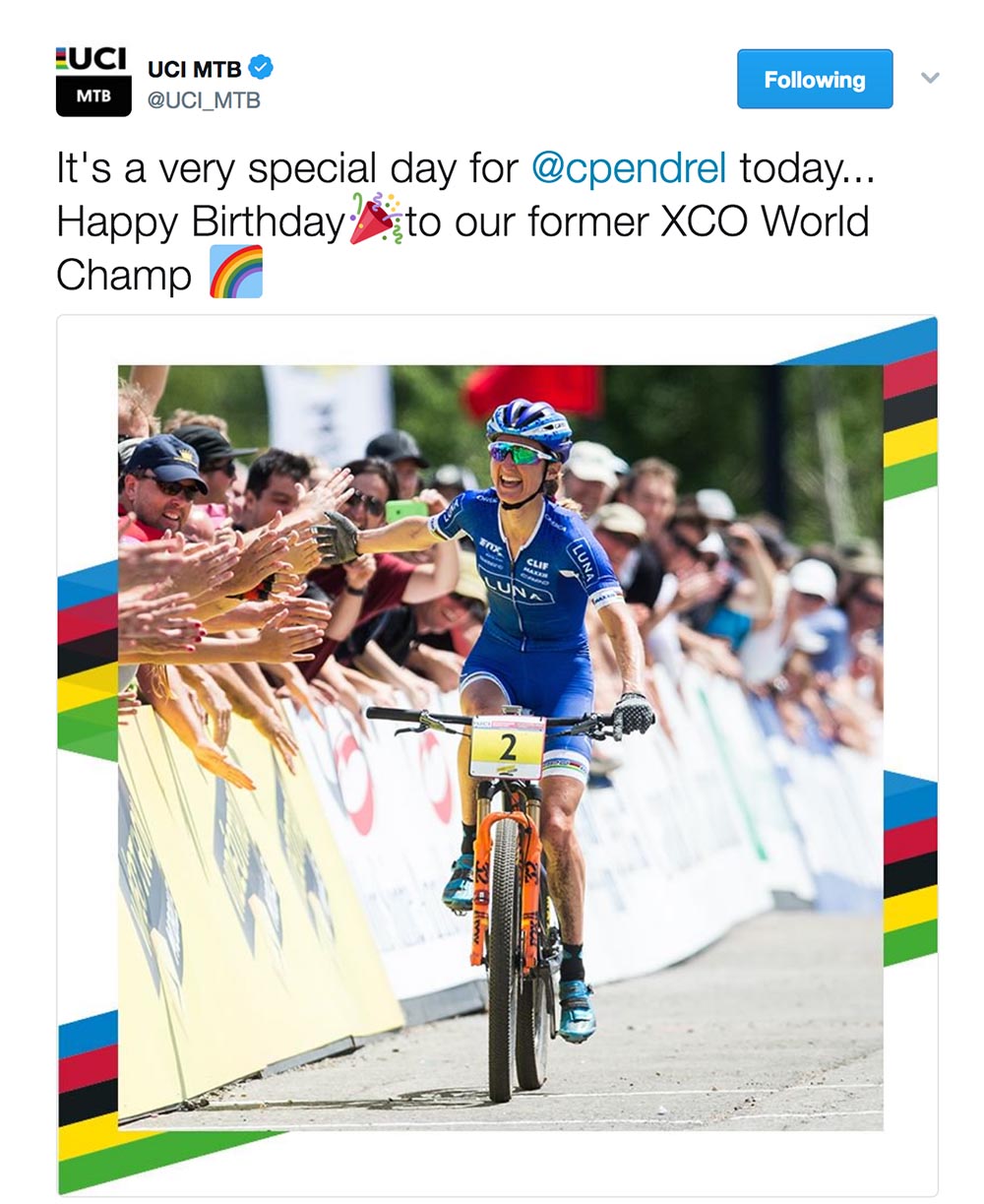 The question remains:  why would Pendrel pretend that she had been born in September?  Canadian Cyclist has uncovered a theory as to why this deception would be perpetrated - it could be birthdate related performance.  At least two of Canada's greatest cyclists were born in September - Alison Sydor and Clara Hughes.  Given the superstitious nature of many athletes, it is not inconceivable that Pendrel chose a birth month that has already been shown to be very successful for cyclists.

Further proof comes from looking at the astrological sign of her March birthdate.  With a birthdate of March 30th, Catharine Pendrel falls under the sign of Aries, The Ram.  Her supposed birthdate in September falls under Libra, The Scales.  The Aries attributes match up closely with Pendrel - "Many famous sports people are born under this sign. Aries is regarded as the most physical sign ... No wonder women born under Aries are forceful, dynamic and aggressive".

Canadian Cyclist continues to follow developments in this explosive story.