The loss of teammate Ellen Watters has The Cyclery-4iiii and local advocacy organizations in BC calling for a Safer Passing Law to protect vulnerable road users. As professional cyclists from across North America converge on Metro Vancouver for the BC Superweek race series, Watters, killed by a motorist on a training ride in December 2016, is still top of mind. Her breakout performance in this Series last year led to her first pro contract. 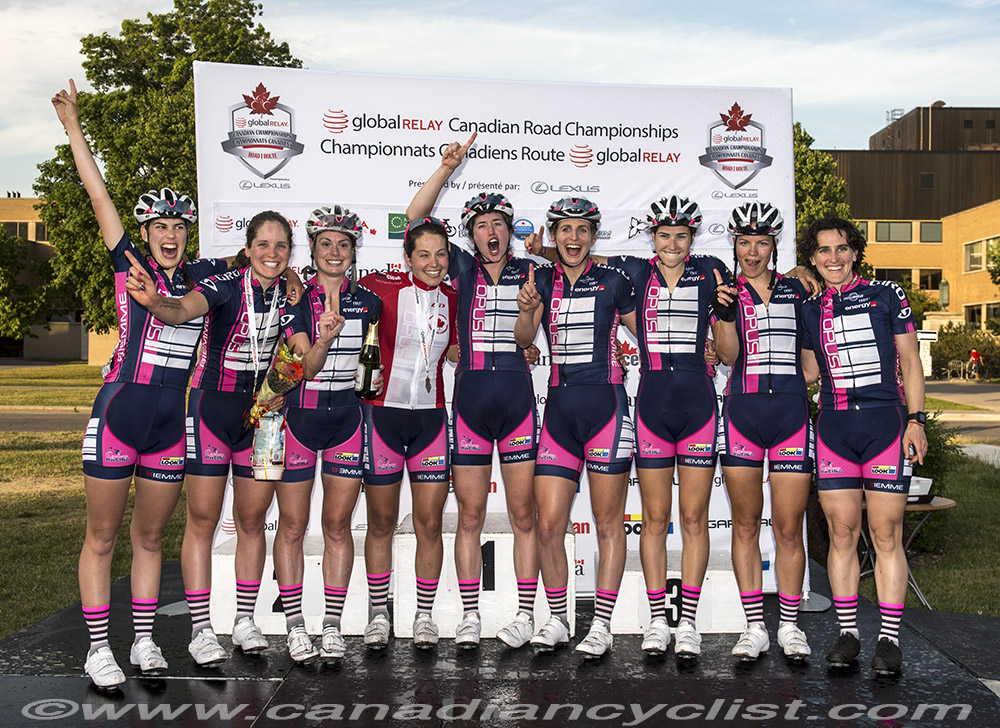 According to ICBC, 740 cyclists will be injured and seven will be killed by cars in BC from June through September. The Cyclery-4iiii will train on BC roads through the race series, and are keenly aware of the risks.

As team mentor and two-time Olympian Tara Whitten reflects, "Losing Ellen was a horrible reminder that far too often we are not safe. It was a reminder of all those times when I thought I was visible to motorists only to feel the blast of a vehicle passing way too close, as a harsh reminder of my vulnerability."

The BC Road Safety Law Reform Group is recommending a Safer Passing Law that would require:

This law would make cycling and walking safer and more comfortable for road users.. As team member Emily Flynn shares, "Safer roads for cyclists mean safer roads for everyone. It should not take the death of someone to make safer roads a reality. Ellen was family to us on The Cyclery-4iiii and no one should have to experience losing someone because of unsafe roads and inadequate laws."

Safe passing distances have been specified by over 27 jurisdictions in North America, including Ontario, Quebec and Nova Scotia, as well as several in Europe. Following the death of Ellen, the New Brunswick legislature moved quickly to pass "Ellen's Law" - a safer passing distance law. The BC Road Safety Law Reform Group is calling on supporters to visit their website - bccycling.ca/safer_passing - and share their experiences with vehicles on the road. Cyclists are also encouraged to share their experiences online by Tweeting to @bccycle and using the #PassSafeBC hashtag.