The Canadian track team finished a month of competition in Europe on Thursday with the Track Cycling Challenge in Grenchen, Switzerland.  Seven of Canada's development riders , plus national team member Amelia Walsh, took part in the project, with Joel Archambault scoring his first international podium, finishing second in the men's Keirin.

"Super happy with it," said Archambault.  "It's been a long month in Europe and I'm stoked to finish it with a best ever individual result in the Keirin." 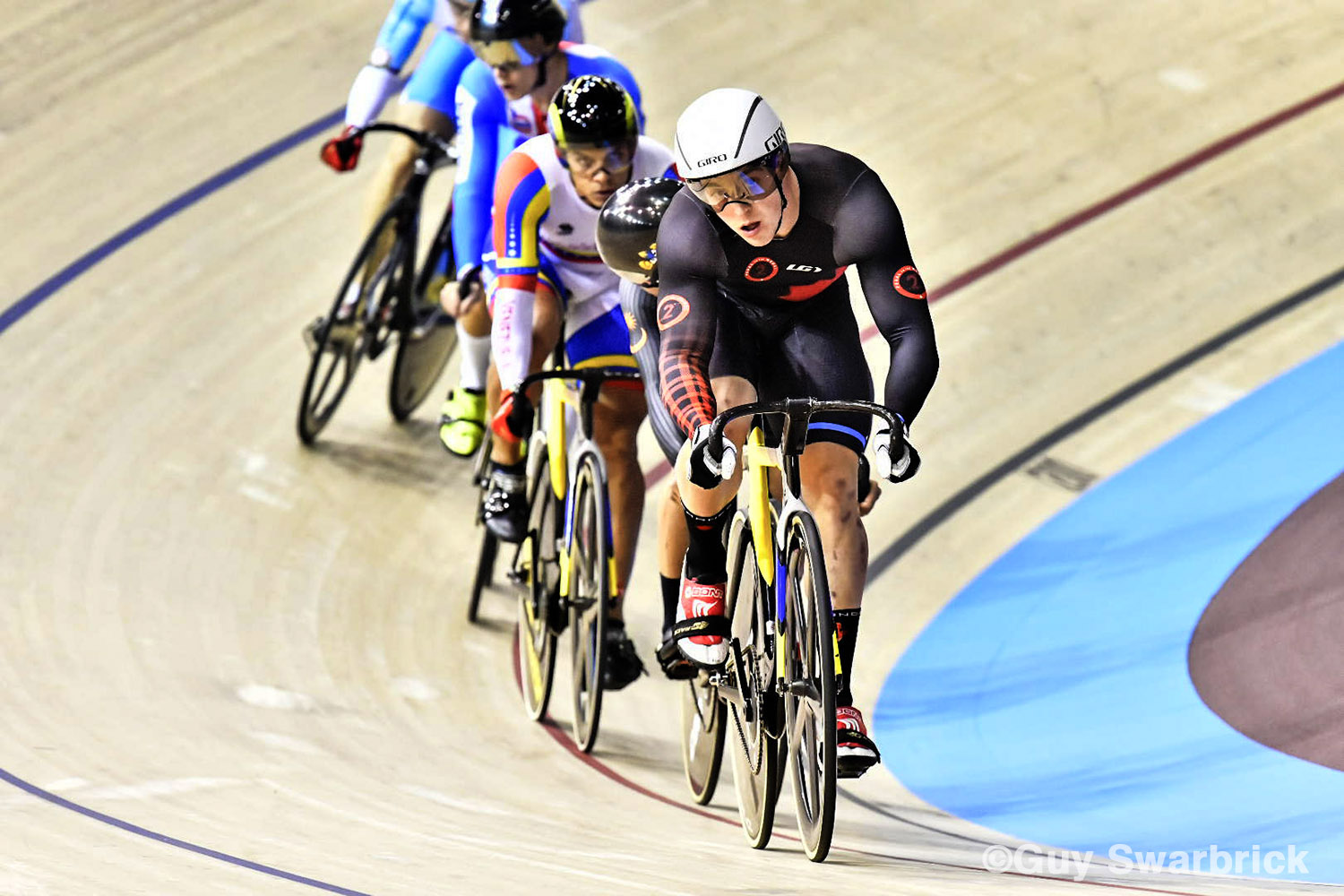 Both Archambault and Je'Land Sydney made it through to the second round of the Keirin, with Archambault winning his heat to move on to the Final, where he finished second to Mateusz Rudyk of Poland.  Sydney finished third in the small final to take ninth overall.  Nick Wammes was knocked out in the first round repechage.

In the women's Keirin, both Kelsey Mitchell (winner of the Sprint and silver in the Keirin two weeks earlier at the Portugese Trofeo Internacional) and Walsh moved through to the second round of the women's Keirin, and then raced the small final, with Mitchell finishing eighth overall and Walsh 11th.  Also racing were two Canadians for the club team Watt Riot Cycling - Sarah Orban and Courtenay Farrington - who did not advance past the first round repechage.

In the women's Sprint, Mitchell made it to the bronze medal final, where she lost to Olympic Team Sprint gold medalist Miriam Welte of Germany.  Walsh was knocked out in the quarterfinal round by Welte.  Neither Farrington nor Orban made it past the qualifying round.

In the men's Sprint competition, Archambault qualified fourth (to advance straight to the 1/8th finals), Wammes 11th and Sydney 22nd.  Sydney beat Wammes in the 1/16th finals to join Archambault in the 1/8ths, but both were knocked out in that next round.  Archambault finished ninth overall, Sydney 16th and Wammes 17th.

The only Canadian non-sprint competitor was Maggie Coles-Lyster, who finished ninth overall in the women's Omnium, tied at 78 points with eighth.  Coles-Lyster was third in the Scratch Race, 12th in the Tempo and ninth in the Elimination, to enter the final Points Race in eighth place.  She finished 13th in the Points Race, to drop one spot in the final overall standings.

Kris Westwood, Head of Performance Operations at Cycling Canada and project manager in Grenchen, said "The racing here was at a really high level, so it was a great development opportunity for our athletes.  To come away with a couple top-5 results is a big bonus.  Joel has been part of our program for a long time and he continues to progress - now he can say he's finished on the podium in a major international event.  As for Kelsey, she has huge potential that we're just starting to glimpse."