Already voting for the 2018 Canadian Cyclist of the Year awards has surpassed last year, and we still have six days to go. From your votes we will select the top Canadian Cyclists of 2018.

Today, we want to introduce our nominees for the top Para-cyclist rider of the year. This is the third year for the Para-cyclist category, and the depth of talent and performances by Canadian riders is remarkable. There are five nominees - two women and three men - with multiple world titles among them. Tristen Chernove is the defending champion for the past two years, but the competition is deeper than ever this year.

Tristen Chernove, racing in the Men's C2 category, won two world titles this year - road race and individual pursuit on the track. He also won two silver and a bronze medal at the world championships, won a Road World Cup and is Number 1 in the world rankings for C2 Men in both Road and Track. 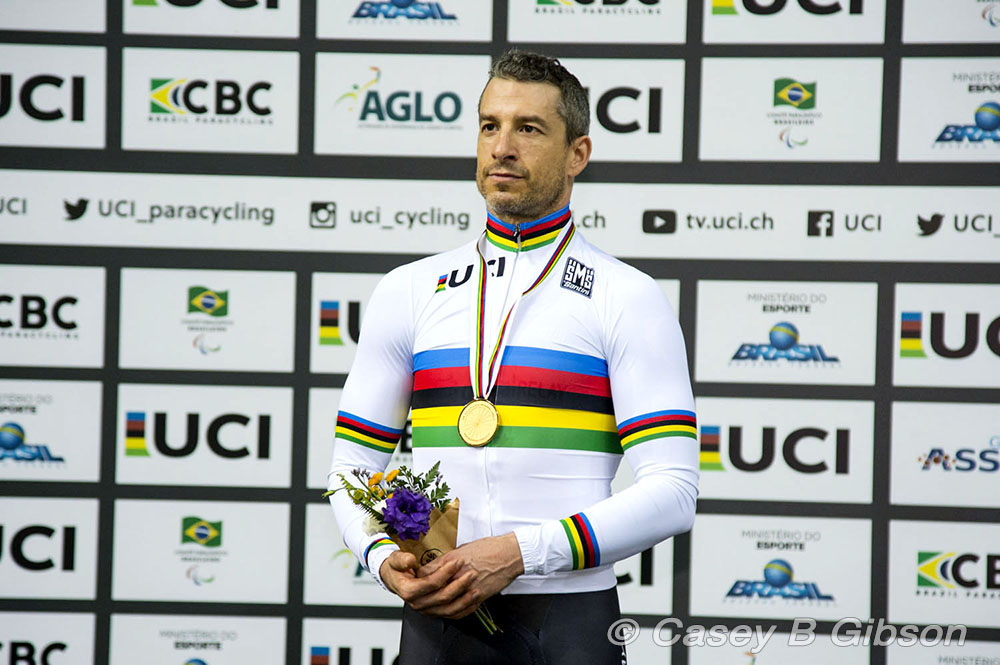 Shelley Gautier, racing in the Women's T1 category, completed a perfect season: she won world championship titles in both the road race and time trial events for her category and did the same at every World Cup of the year, a remarkable achievement. She is the National champion and ranked Number 1 in the world. 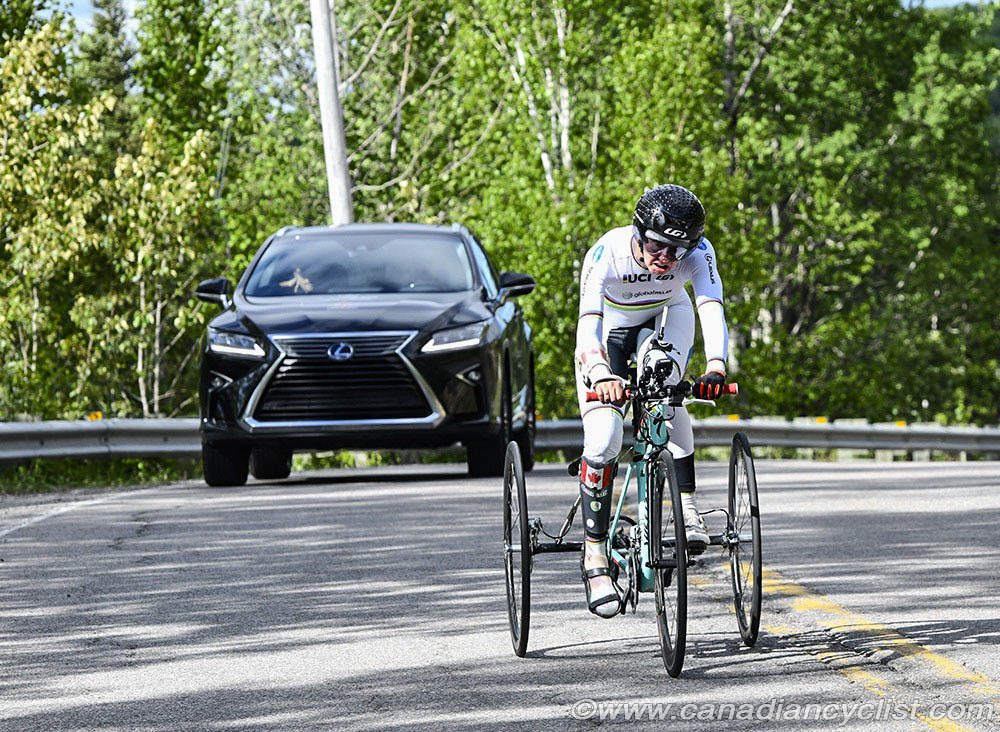 Marie-Claude Molnar, racing Women's C4 on the road and track, has had one of the best seasons of her career. She is Number 1 in the Track world rankings, was fifth in the time trial at the Road world championships in the time trial, and won a silver and two bronze medals in Road World Cup competition. She is a four time National champion this year - twice on the road and twice on the track. 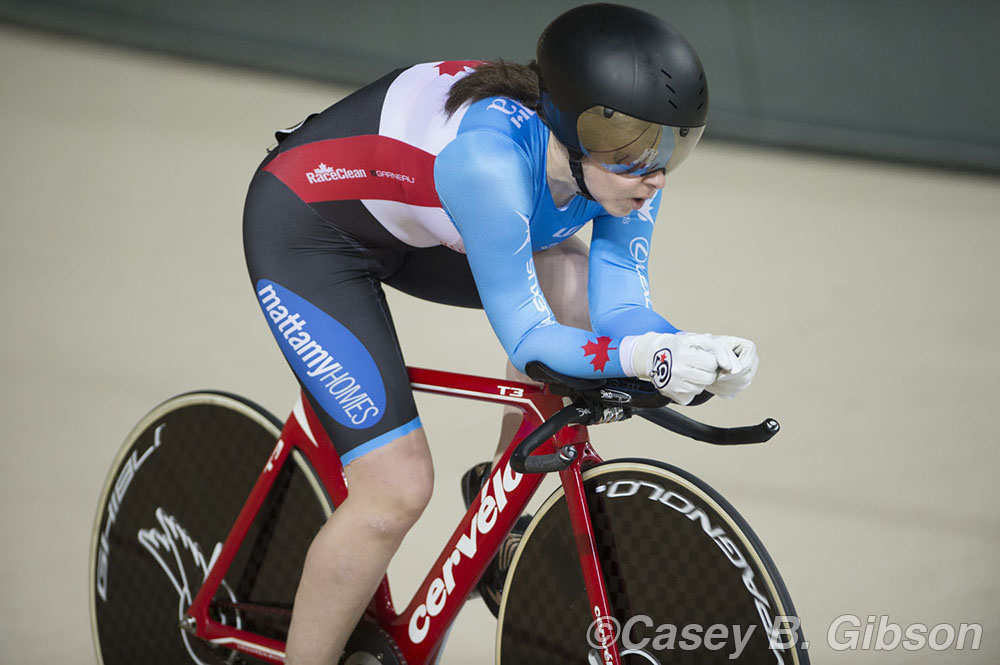 Mike Sametz, racing Men's C3, repeated as world champion in the Individual Time Trial. He also won three World Cups, plus the Defi sport AlterGo. He is third in the C3 world rankings. 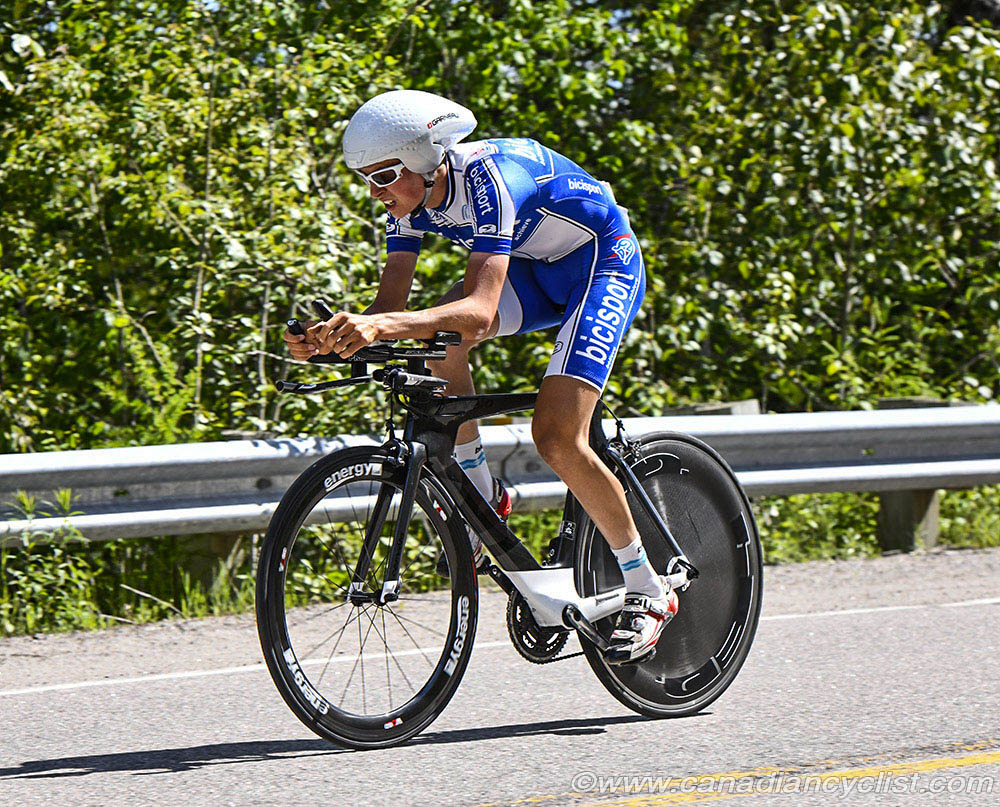 Ross Wilson, racing in the Men's C1 category, won three silver medals in world championship competition - the time trial on the Road, plus twice on the Track - plus a bronze medal on the Track. He won silver and bronze in World Cup competition, and is second in the C1 Track world rankings. 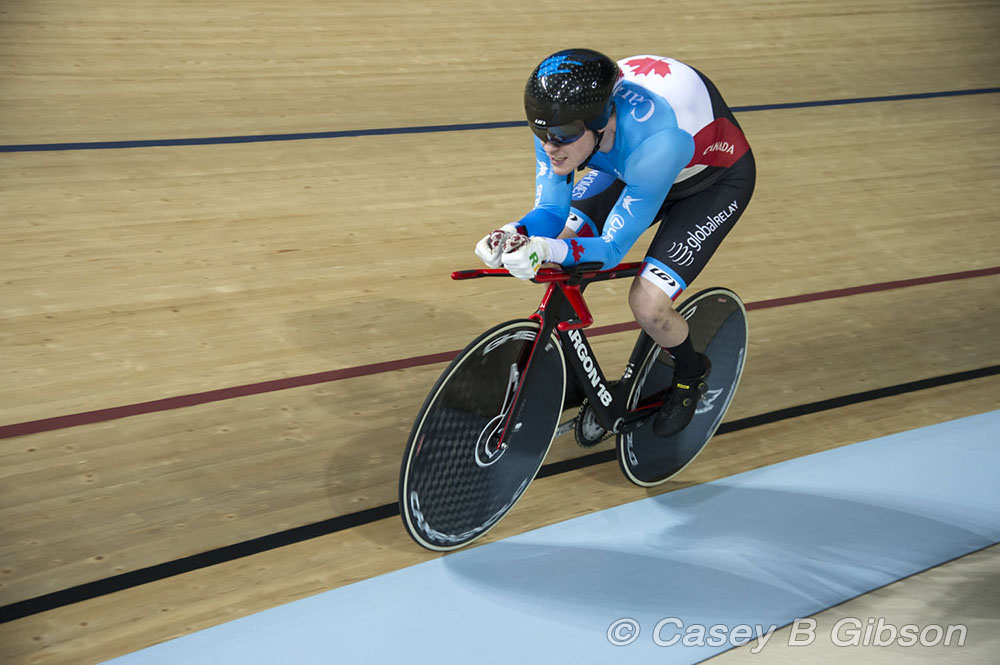