The 24th edition of the Tour de Beauce will begin tomorrow; Canada's closest thing to a national men's stage race.  As always, riders at Beauce will face lots of climbing, wind and (most likely) rain, plus the infamous Beauce region roads that can jar fillings loose.  All of the stages take place in the region south of Quebec City, with the race centered around the town of St-Georges de Beauce.

This year, the Tour is seven stages totaling 816 kilometres in six days.  The race opens with the traditional Lac Etchemin stage of 165 kilometres.  There are three categorized climbs, and the stage usually has a breakaway of 3-6 riders form.  Occasionally they stay away but, more often than not, a core group hunts them down in the final 20 kilometres.

Stage two is a new one for Beauce, comprising of a 161 kilometre loop that starts and finishes in Thetford Mines.  Locals say that the first half of the race has the hardest climbing, with lots of wind likely for the second half.  Any break that gets away early will have a hard time staying away for the finish.

Stage three on Thursday is the Queen stage of Beauce; 155 kilometres point-to-point culminating in the final six kilometre climb up Mont Megantic.  A 'suicide break' always forms for this stage, often gaining as much as 12 minutes on the field before the climb.  However, it is rare that the break stays away, as the main contenders for the overall title all reveal themselves in the last three kilometres.  The final winner of Beauce doesn't necessarily have to win stage three, but they certainly can't finish too far back.

Friday is the only double stage day, with a 20 kilometre time trial in the morning, and a Criterium downtown in St-Georges in the evening.  The time trial often leads to a change in the overall lead, with a strong climber on Megantic unable to retain the Yellow Jersey in the time trial.  Usually, the time trial lets us know who will win Beauce ... but not always.  The evening Crit, while a crowd favourite, does not count for the overall classification.

Then the weekend, with two more tough circuit races - the first in Quebec City 125 kilometres, with nine times up the Montagne et du Fort climb through Old Quebec.  This is followed by a 12 lap, 130 kilometre race through the streets of St-Georges, again with a hard ascent each lap, and a finish at the top of the climb.  Both of these circuits have caused an upset in the general classification, so the leader going into the final two stages cannot be complacent.

The final start list is still being tweaked due to late arrivals, but it looks like we will have 15 teams and a total of 147 riders at the start tomorrow.  The United States leads with six teams, followed by Canada with four, then two from Great Britain, and one each from Latvia, Australia and Colombia. 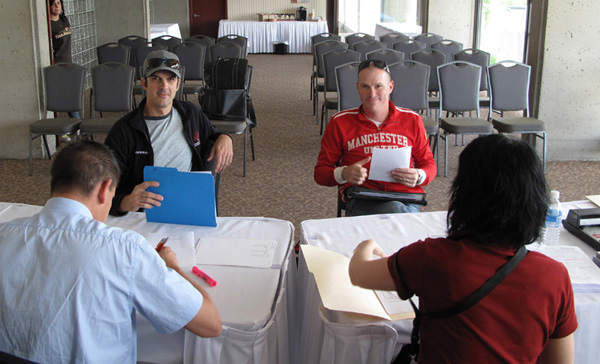 Gord Fraser will be managing the Team Type 1 squad, probably one of the strongest on paper with former Beauce winner Valeriy Kobzarenko.  Besides Kobzarenko, expect BMC - the only Pro Continental squad in the race - to be strong, with Danilo Wyss the captain.  Fly V Australia is led by former Beauce champion Ben Day and Phil Zajicek, so they will be a threat, and the Latvian team is a complete unknown, and could be a wild card.

The Canadian teams are Team Canada, Equipe Quebec, Planet Energy and Garneau-Club Chaussure.  Team Canada is led by Cam Evans, coming back from a crash at the Tour of the Gila; former Beauce rider Dominique Perras will manage the squad.  Planet Energy has probably the strongest Canadian squad, with Steve Bauer directing Francois Parisien, Ryan Roth, Bruno Langlois and Martin Gilbert - all riders who have done well on these circuits in the past. 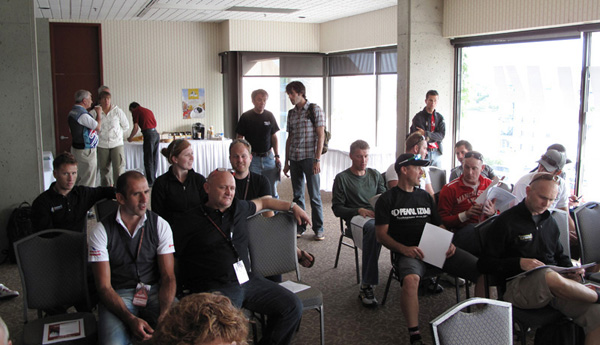 Other Canadian points of note:

- There are a total of 31 Canadian riders in the race, with Cody Campbell riding for Trek Livestrong (directed by Axel Merckx), Jake Erker and David Veilleux on Kelly Benefit Strategies and Charles Dionne on Fly V Australia (directed by former Beauce winner Henk Vogels).  Veilleux is returning from injury, so it will be interesting to see how his form is.

7 of the Team Directors for the 2009 race have themselves raced the Tour de Beauce:  Landry, Toulouse, Perras, Fraser, Sayer, Vogels and Bauer 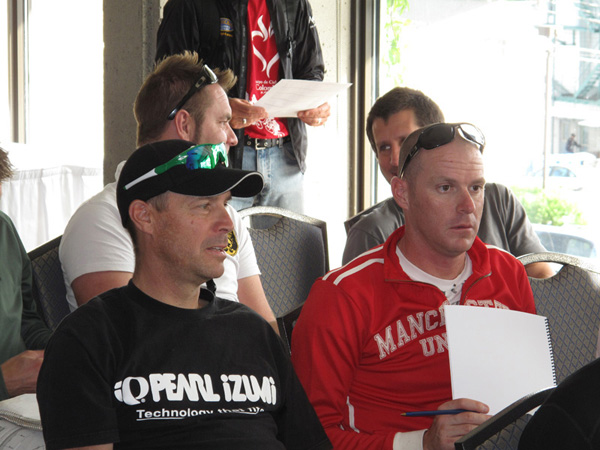