And what a weekend it was.  Apart from a few fireworks going off in the parking lot (hey, we're patriotic for Canada day), and a few mild mistranslations with some French riders (I promise to learn how to say "waiver" in French for the next race), both Saturday and Sunday had sick weather with a blasting hot sun that kept the trails mint.  Potential Conspiracy - Camp Fortune's hill staff made a few extra bucks by selling tubes to replace all of the ones that got eaten by the sharp rock sections that this hill is known for.

The awesome first-aid staff was on hand to keep bodies patched up (all customers were satisfied and were able to continue their riding), and we kept the day going with burger giveaways from our sponsor Harvey's throughout the day.  At least 3 hours of Michael Jackson music was played each day as a tribute to the fallen star.

All eyes and ears, et tous les yeux et les oreilles, were watching this race, as it was a precursor to the upcoming Ontario vs Quebec competition that will be at Camp Fortune in September.

The race started after a short rain-shower, calming some of the dust and making the conditions perfect.

In Cadet, it was Quebec's Guillaume Labrie who took home the win, edging out Kyle the "Man Child" by a couple tenths of a second.  Alex Gaudon had a solid sub-2:30 time for 3rd place.  To show how fast these 3 are, 4th place was another 8 seconds behind Alex!

Junior Expert saw a stupid fast time that would have won every category except elite.  Philippe Cyrenne Blanchard not only had the most complicated name to make it to the podium on Sunday, but also hit a time of 2:22.  7 seconds behind was Alistair Pimlott, and then another 5 seconds back was Caleb Glithero in third.

Elite was a battle, and one that was won by an experienced warrior.  After crawling out of whatever cave he's been hiding in for the past few OCup races, Pete McLean killed it with a time of 2:18.  Dean Tennant made waves, not by his 2nd place time of 2:19, but by going on to win the Moonwalk competition held during the awards ceremony.  3rd place went to Justin "Juice" Brown.

Next race is at the legendary Blue Mountain, July 11/12 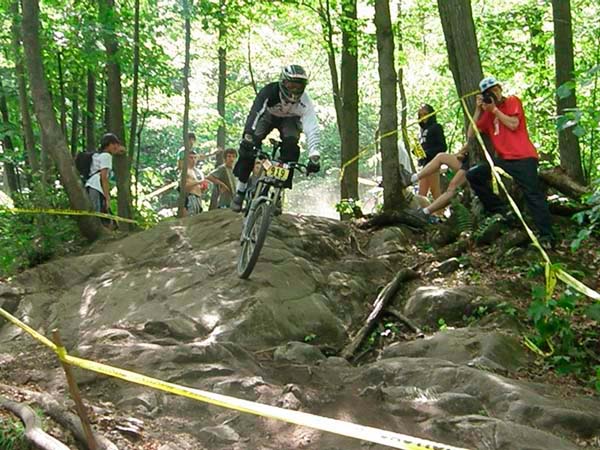 Note: Pete was off tending to his ultra-pregnant Mrs Bikealot and expecting a young bikealot's entrance into the world, so Lee Allen took over the super-managerial duties of the weekend. 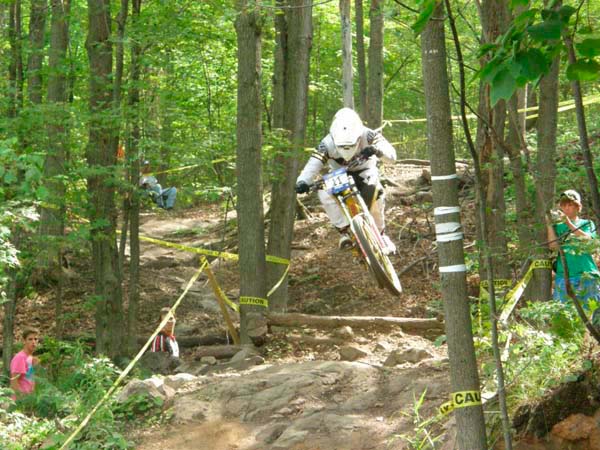