We have now spoken with Svein from his B.C. base, where he is getting ready for the holidays and the Burnaby 4 Day, before the start of the 2011 season with his new team. 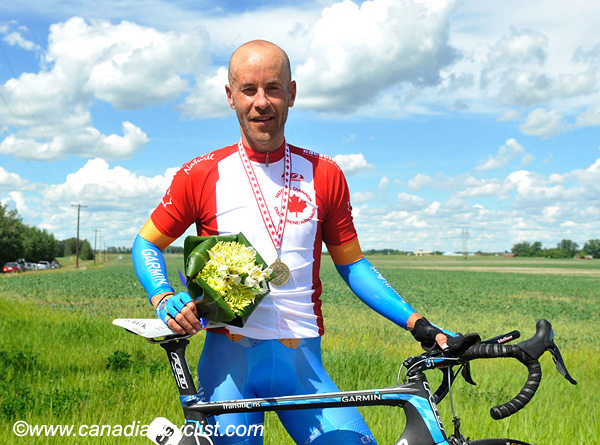 Canadian Cyclist: So, congratulations! It must have been pretty stressful over the past few weeks?

Svein Tuft: Yeah, thanks, it is pretty cool. It [Pegasus program collapse] was just one of those things. We could see the handwriting on the wall, but it was still a pretty stressful couple of weeks. But, it worked out the best possible way.

ST: I've always kept in touch with Steve. I have a big interest in his program, and I have always thought he was taking the right steps by developing riders.

CC: When did you first start to find out that there might be problems at Pegasus?

ST: After our first camp [in Australia, mid-November] we started to hear rumours. I signed on knowing that ProTour [status] was only a possibility, but as long as the team got Pro Continental it would have been okay to me. But then the financial backers started pulling out, and I started to realize that maybe things weren't going to work out. So, I feel really lucky that this opportunity came along with SpiderTech.

CC: When did you begin talking with SpiderTech?

ST: It was actually during the summer, Steve and I sat down at Road Nationals. I felt that this was a team I would like to be on, but there was various stuff in the way of that happening, so we both [Tuft and Bauer] said, 'maybe next year'. But that was where my heart was, so I'm really fortunate to be with these guys now. I did have other teams that were interested, but they weren't the place I wanted to be. Cycling's great, but there has to be more to it.

Obviously, you want to be out there winning bike races but, for me, there has to be more. This [SpiderTech] is something more than just bike racing, it's growing something Canadian.

CC: Now, you are back most of the Symmetrics squad, excepting Christian [Meier] and Pinner [Andrew Pinfold].

ST: We have all, always talked about it, it has been on our minds. For a lot of us, that was why we loved bike racing, and why this is so exciting.

CC: How about the program, how does it look for the early part of the year?

ST: I've had a look at the races that are planned, and it's a solid program, quite similar to what I had planned at Pegasus. We'll be in Europe in early February for a few months, and there are some good races planned; I'm hoping we can do Tour of the Mediterranean, and move up north to do some of the one days, like Ghent-Wevelgem. Then we will go back to Europe in August, which is what I did [in 2010], and which worked well.

CC: And your role on the team, have you discussed that?

ST: Definitely I bring my experience, which can help the guys like Guillaume [Boivin] step into the Euro world. It's different from [North America], which I learned, and I hope I can help some of these guys make that transition. On Garmin I learned a lot working as a team mate, which I can pass on.

For myself, I think that I can see a leadership role for some of the shorter stage races we will do, and definitely anything with time trialing. I have some big ambitions for myself.