"Cervélo is a unique brand that we are very pleased to bring into Pon Bicycle Group (PBG). The Canadian based company's state of the art technology and passion for pushing the limits of engineering has captured the imagination of cyclists around the globe," said Janus Smalbraak, CEO Pon Holdings. "With Cervélo we believe there is great potential for growth and we are looking forward to working with them to achieve these goals."

Cervélo will continue to operate independently, retaining its unique identity, innovation and premium brand positioning. This is the same strategy Pon employ with their other PBG properties, Royal Dutch Gazelle and the German manufacturer Derby Cycle where Pon is a major shareholder.

Cervélo co-founders Phil White and Gerard Vroomen both remain with Pon Bicycle Group. White will continue in his present role as Cervélo CEO. Vroomen will assume a (part-time) role as Business Development Manager within PBG, focusing on special projects for the Group.

"The opportunity for Cervélo within Pon Bicycle Group, is tremendous," said Phil White, CEO, co-founder Cervélo. "The combination of Pon's considerable resources and expertise and Cervélo's cutting edge technology will make us stronger and more competitive as we continue to engineer the best bikes on the planet." 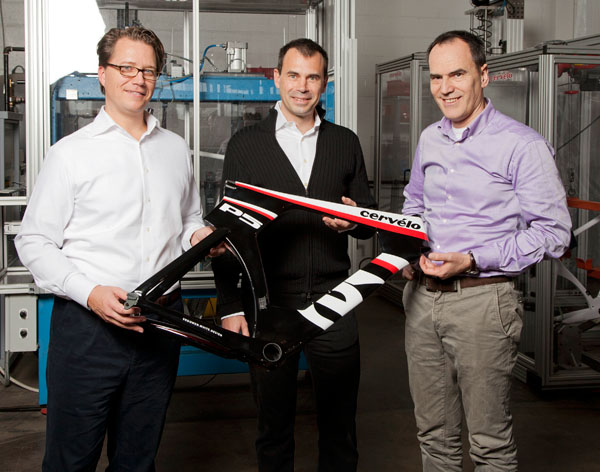 About Pon Holdings B.V.
Pon, one of the Netherlands' largest family companies, is an international trading and services company involved in a varied range of activities. Pon employs almost 11,000 people, spread across 250 establishments in 20 countries.

About Cervélo
Phil White and Gérard Vroomen founded Cervélo in 1995 when their design for a new time trial bicycle failed to garner interest from traditional bicycle manufacturers. Today, Cervélo is the largest triathlon bike manufacturer in the world and partner with the world's most established and successful triathlon team, Team TBB and one of the world's top pro road cycling teams, Team Garmin-Barracuda. Cervélo is recognized internationally as one of the most innovative and fastest growing bike manufacturers. Readers of performance cycling magazines voted Cervélo as the #1 brand they intended to purchase in 2011. For further information visit www.cervelo.com.