The team, made up of Gillian Carleton of Victoria, BC, Jasmin Glaesser of Coquitlam, BC, and Laura Brown of Vancouver, BC, were on the verge of catching the Polish team when they crossed the line in 3:20.704 to win the bronze medal final. 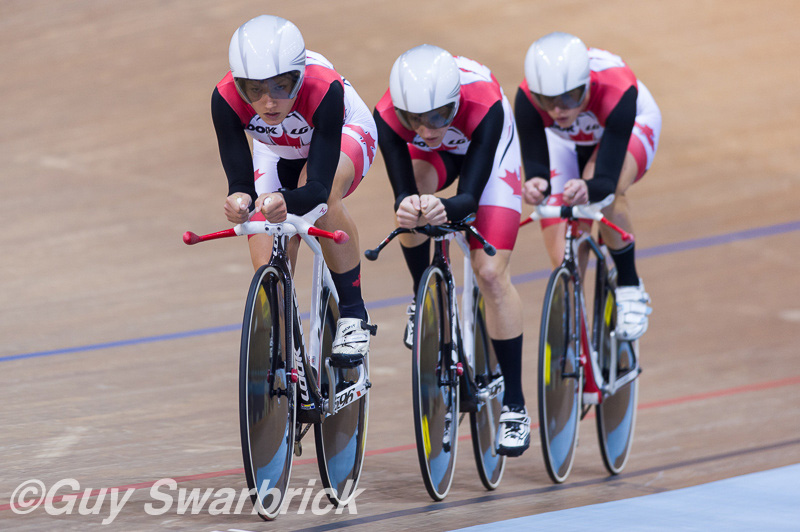 Canada won the bronze medal in the event at the 2012 Olympic Games in London, with Carleton and Glaesser in the line-up and Brown as the alternate.

The ride was more than two seconds faster than the team’s qualifying time earlier in the day and highlighted the riders’ skill and mental strength after learning of the death of mentor and friend Jeremy Storie two days earlier. 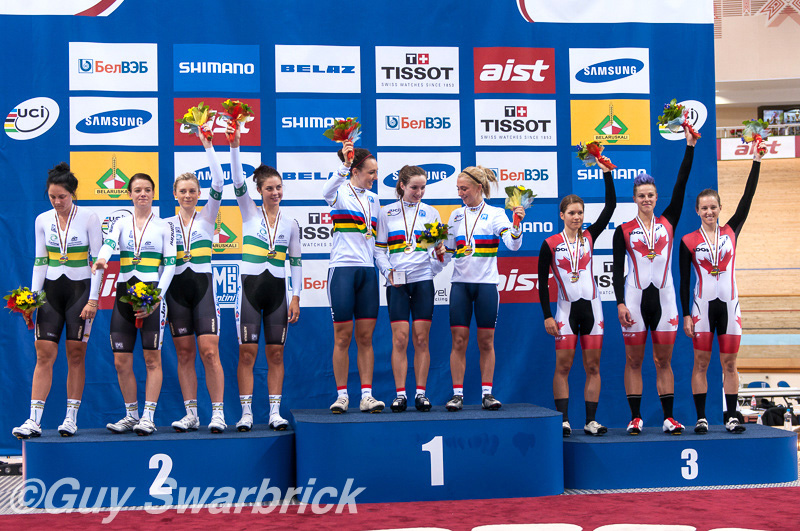 “I am really happy to come away with the bronze medal today,” said Carleton. “It's been a difficult week, both mentally and physically, and I'm very proud of the team for keeping their composure after a less-than-perfect qualifying ride, and coming back in the final to ride so strongly. After training for less than two months on the track together post-Olympics, and then winning medals here and in Aguascalientes, I think we've really demonstrated the depth and talent of the Canadian Women's Team Pursuit program.”

It was also a strong indication of the team’s potential as the women’s team pursuit is about to undergo a major change, adding a fourth rider and going from three kilometres to four.

“The fact that Canada keeps getting on the podium at each world championships demonstrates the depth of the program,” said Tanya Dubnicoff, endurance coach for the Canadian Track Cycling Team. “We’re looking forward to the addition of the fourth rider and the fourth kilometre. With our program preparation in the past four months we believe we have more depth with the elite team and with development riders.”

The program is also paying dividends in rider development. All four members of the team pursuit squad in Minsk - including alternate Stephanie Roorda - have signed for 2013 with women’s professional road teams.

This is a strong testimonial for the fitness and skills the riders have developed through the team pursuit program and we can expect more waves of Canadian women to rise through the program in the future.