Since they were first held in 2010, the Québec City and Montréal Grands Prix Cyclistes have become key races on the calendar of the UCI WorldTour, the world's top professional cycling circuit. The courses in both Québec City and Montréal, the hospitality shown to the world's top riders, the quality of the organization, and the enthusiastic support of fans have all helped cement the organizers' reputation in the world of pro cycling - a reputation further bolstered by the fact that such outstanding athletes have stood atop the podiums in both cities since the races were first run.

The field for 2013, which will be announced next Tuesday, shows exceptional depth. Alberto Contador, Peter Sagan, Ryder Hesjedal, Christophe Riblon, Sylvain Chavanel and Matteo Trentin have already confirmed via social media they will be racing in Canada. Other big names will be revealed Tuesday, helping confirm that the Grands Prix Cyclistes are among Québec's major annual sports events. The teams have until this weekend to submit their entry lists.

These two stops on the UCI WorldTour have also emerged as major stepping stones for pro cyclists from Canada: the creation of these two élite-level events and the growing prominence of Canadian riders in the world rankings are very closely linked.

On September 13th in Québec City, and September 15th in Montréal, virtually all of Canada's top road cyclists - a total of 13 athletes making up their own mini-peloton - will be lining up for the start, against the world's best. Except for Guillaume Boivin (of Cannondale Pro Cycling, who will be competing in the Vuelta a España) and Orica Greenedge riders Svein Tuft and Christian Meier, every Canadian member of the 19 ProTeams, the top squads in the world, will be there. 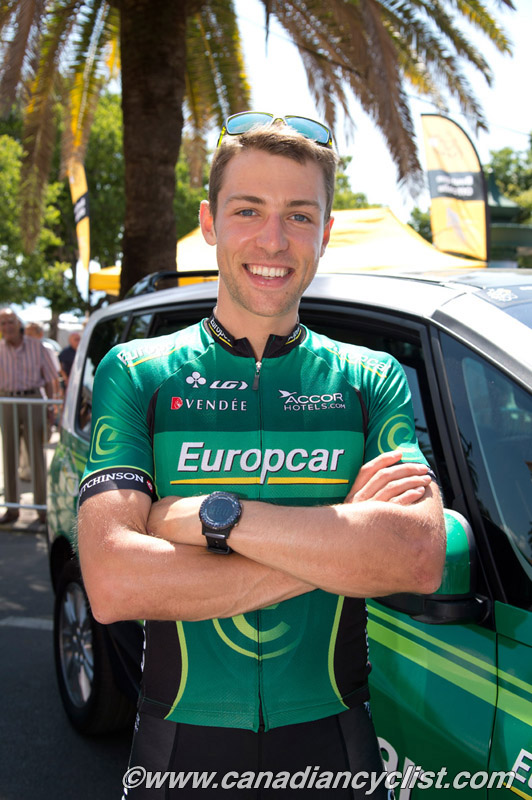 The Canadian Contingent
Ryder Hesjedal (Garmin Sharp), winner of the 2012 Giro d'Italia, is very fond of these races and will be looking for vindication after a season marred by several crashes. And several Québécois cyclists will be hoping to shine in front of the home crowd, including David Veilleux (Team Europcar, the first Québec-born rider ever to enter and finish the Tour de France, who also won a stage and wore the leader's jersey for several days in the 2013 Critérium du Dauphiné, a UCI WorldTour race); François Parisien (Argos-Shimano), a stage winner in the 2013 Tour of Catalonia (UCI WorldTour); Hugo Houle (AG2R La Mondiale) and Dominique Rollin (Fdj.fr).

Meanwhile, the eight members of the Canadian National Team - led by Zach Bell, the current National Road Race Champion, and also featuring Ryan Anderson - will be out to cause an upset. 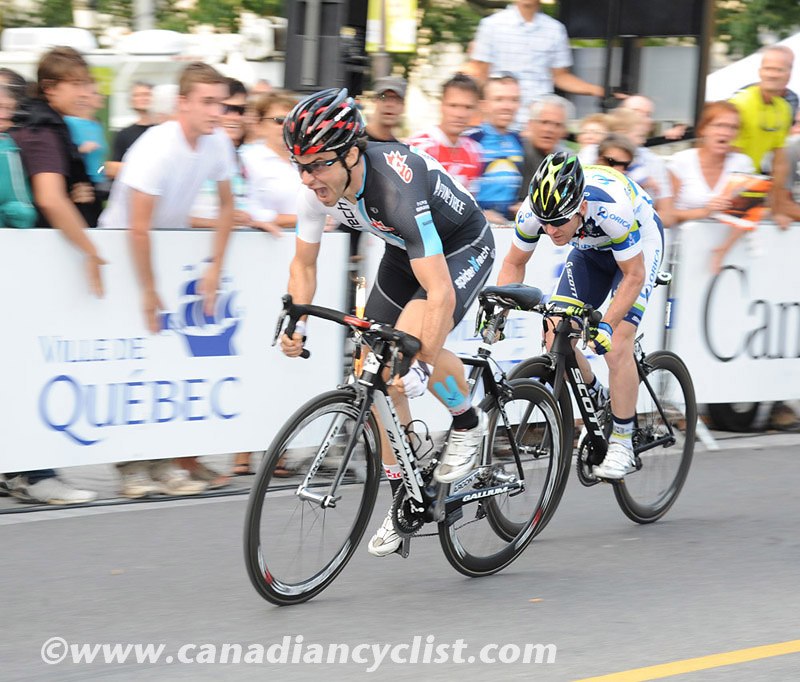 "Competing in the Québec City and Montréal Grands Prix Cyclistes is a source of pride," says Hugo Houle, who placed fourth in the Under-23 World Championships in 2012. "Racing at home in a ProTeam jersey is even more of a thrill. We're really excited because in the peloton we hear a lot of great things about these races."

"Organizing a bike race depends on so many different factors, such as the spectators, the courses, the riders entered," says Serge Arsenault, President of the Grands Prix Cyclistes. "But knowing that so many Canadian cyclists are now members of the best teams in the world is so gratifying. If we're part of the growth of cycling in our country, in one way or another, we couldn't be more pleased or proud," he added.