At the end of the day yesterday, members of the mountain bike community gathered together to pay their respects to Burry Stander, the young South African cross-country star who was tragically hit and killed by a car at the beginning of the year while out training.  In his memory, a memorial garden has been created next to the cross-country course at Cascades Park, the site of these world championships. 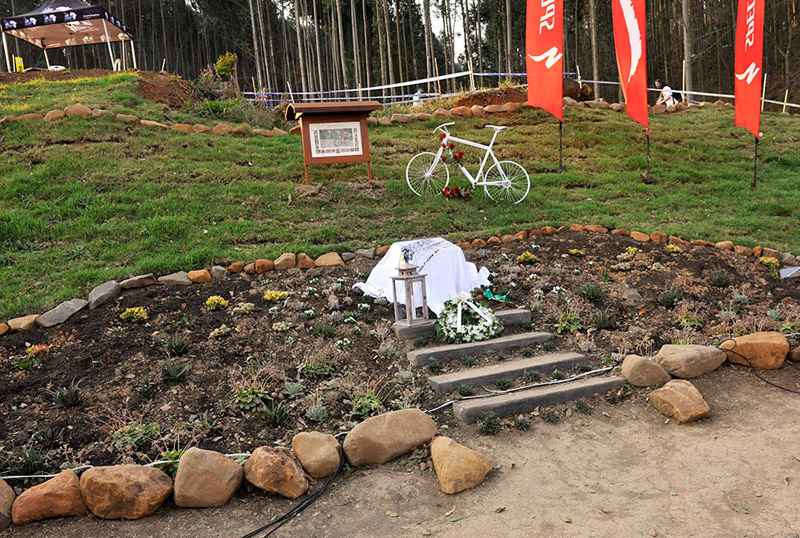 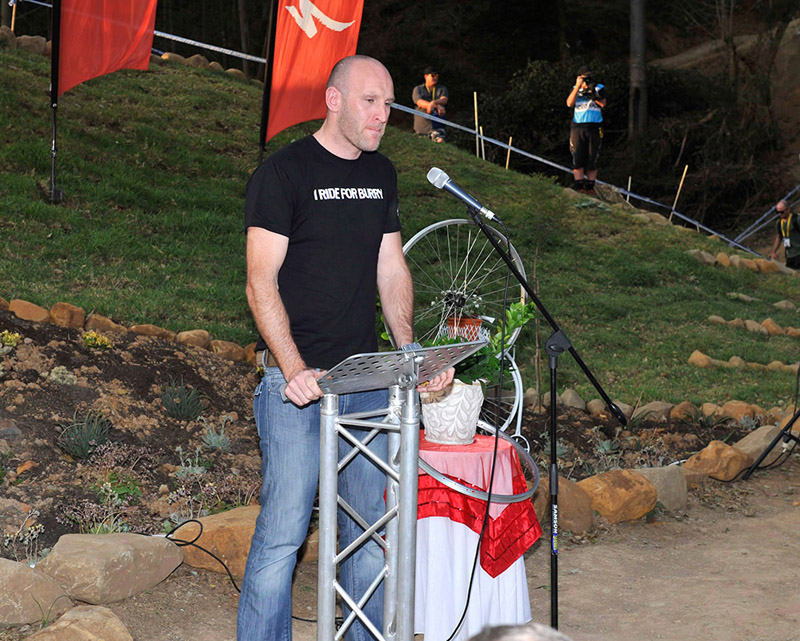 Bobby Behan, the Specialized manager who brought Burry onto the team. 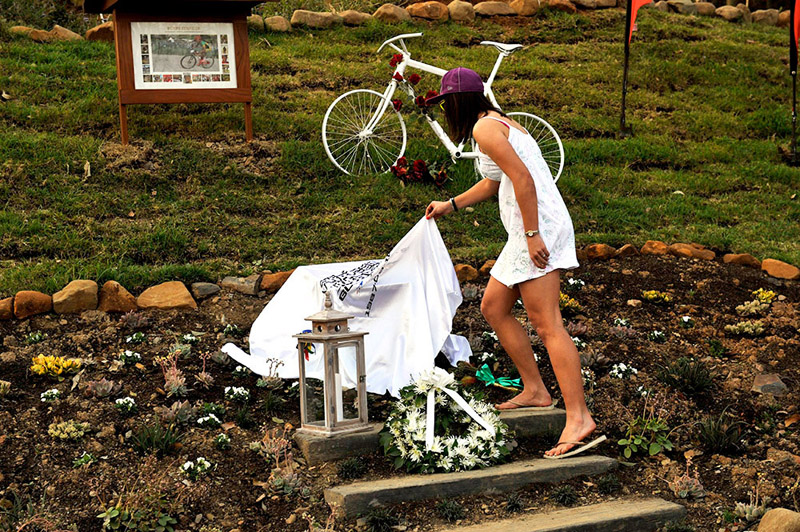 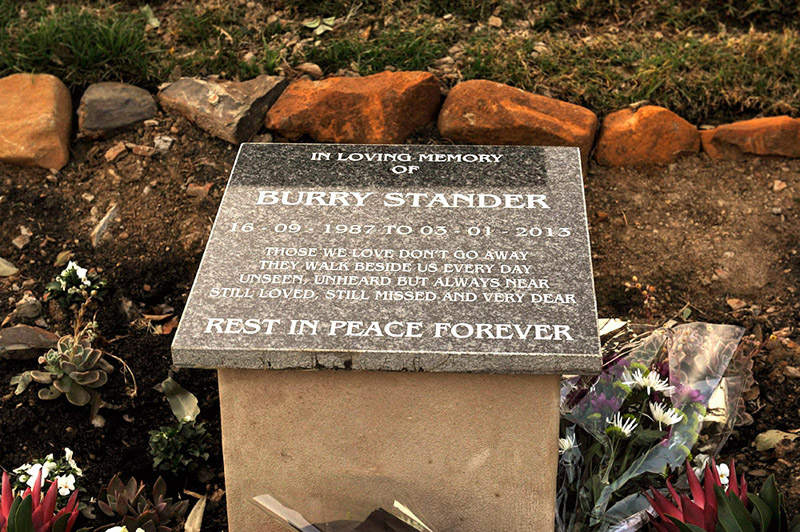 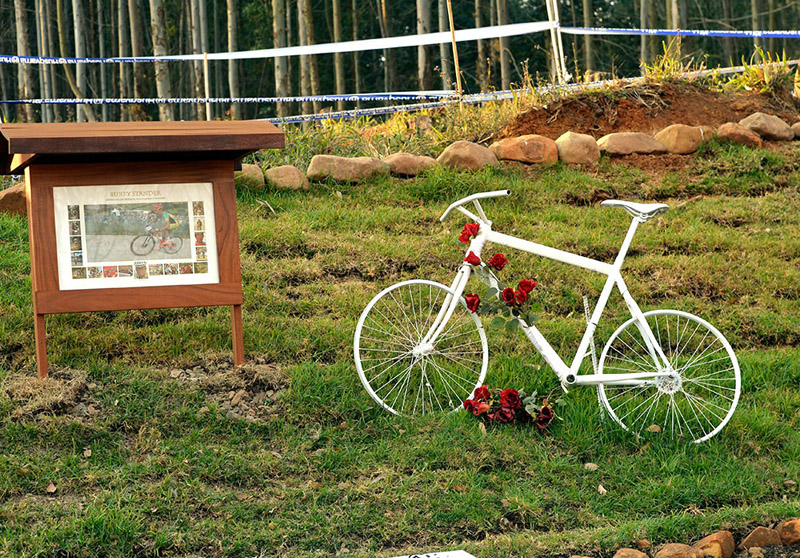 Members of Burry's team, Specialized, riders from many other teams, the media, friends and family gathered for the unveiling of the memorial plaque and the opening of the garden.  Bobby Behan, the former Team Specialized manager who recruited Burry to the team, and a close friend of Burry's, spoke eloquently about many of the small things that made Burry a special individual.  Other dignitaries spoke, with Burry's wife Cherise talking last, and then opening the park.

Burry continues to be missed.