With his three new signings, Carney has added experience, leadership, and tactical savvy in Routley, climbing and stage racing ability in Jones, and sprinting muscle and leadout expertise in Huff.

"When we were looking at our roster this offseason, there were a few things that needed to be addressed, and we were very fortunate that the riders who fit that mold were available," said Carney. "Will Routley has been someone I have always had my eyes on - he is a North American rider with lots of European experience and that is exactly the type of guy we like on our program. Carter Jones is arguably the best climber in North America, and Brad Huff is old friends with all of our veteran lead out train guys, so it all happened very naturally."

Routley is returning to North American racing after spending the previous season in Europe with Belgian outfit Accent Jobs-Wanty, while Huff, formerly of Jelly Belly, has been a stalwart of the US racing scene for the past decade. Jones comes over from Bissell ProCycling after a breakthrough 2013 season, where he claimed the King of the Mountains jersey at the Amgen Tour of California, finished eighth overall at both the Tour of the Gila and Tour of Utah, and notched 11th overall at the grueling USA Pro Challenge. 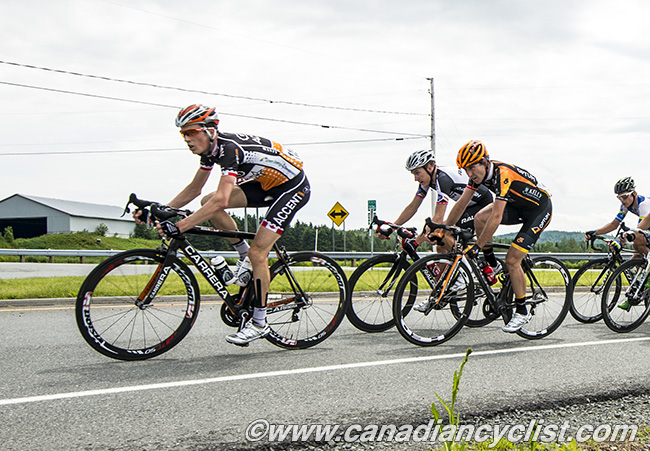 Carney's new signings address gaps in the roster that arose in the offseason.  "With Mike Creed and Marsh Cooper retiring, we lost some veteran leadership and climbing power, which really created the opening we expect Routley and Jones will fill. Ken Hanson made a move over to UnitedHealthcare which opened up a spot in our lead out train for Brad. It was tough to say goodbye to Chad Haga - he was an exceptional rider and a tough guy to replace, but we're delighted to see him sign with a World Tour program that I have a lot of respect for in Argos-Shimano. We always wish the best for our athletes, and to see him take such a big step forward is exciting."

The team is focused on defending their national titles, executing European campaigns in the spring and fall, and earning its third consecutive invitation to the World Team Time Trial Championships,scheduled for 2014 in Ponferrada, Spain.

"2013 yielded some great results, but we want more in 2014," said Carney. "Ryan finished third as an individual in the UCI America Tour, and we finished second as a team, but next season it would be a testament to the strength of our program if we could step up and claim those titles. Every rider and staff member in our family has a job to do, and if we do them well, great things can happen in 2014."