Canadian Olympic track cyclist and 2015 Pan Am Chef de Mission Curt Harnett will be appearing on television screens in a new version of the Pert Plus shampoo commercial that gave him a certain notoriety in 1992 (see commercial below). 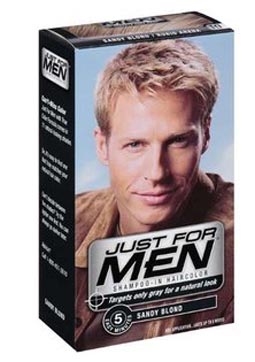 This time, however, Harnett will be representing a different product - Just for Men Sandy Blonde Shampoo. The ad will open with a shot of Harnett in his glory days and sporting a full mullet of blonde curls, before switching to the present day and showing his shorn locks without the vibrant blonde he was known for. A time elapsed photo will show as he regains the colour and loses the grey while shampooing.

"It was totally out of the blue," explained Harnett. "I just got a call one day, asking if I was interested. Of course I said yes; who wouldn't? I've had lots of comments [about his hair] since I started using [the product], but I couldn't say anything until now. At least it wasn't the Hair Club for Men calling..."

The Sandy Blonde version of Just for Men had been discontinued, but Curt Harnett will be a centerpiece of a campaign to revive it. The ads are expected to start appearing during the NHL playoffs.