On The Edge Canada Inc. - Canadian distributor of Pivot Cycles and ENVE Composites - is proud to announce the formation of a new Junior National cross-country mountain bike team. This new formation will operate under the name of Pivot Cycles - OTE, powered by ENVE Composites. Bringing together some of Canada's most promising Junior XC athletes, the 2014 team roster is composed of Raphael Auclair, Felix Belhumeur, Charles Faucher-Robert, Thomas Gauthier and Guillaume Larose-Gingras. 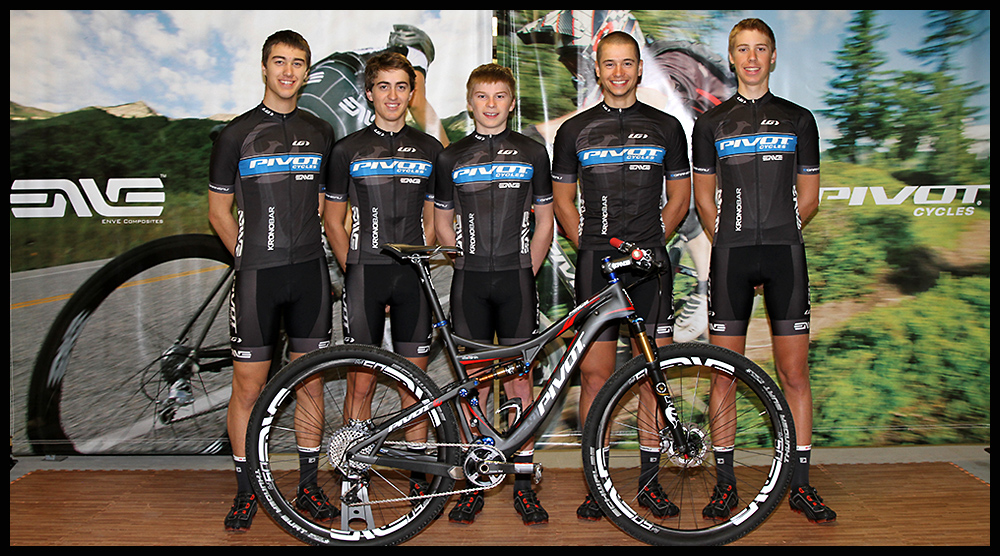 "These athletes have been chosen for their positive representation of the sport of mountain biking as individuals, ambassadors and athletes. We are proud to have recruited this great group of athletes and to offer them a structured environment to evolve in," says Jean Philippe Da Silva, On The Edge's marketing director.

The team will officially make its competitive debut in Monterey, California, at the Sea Otter Classic in April and will then carry on to race select US Cup, Canada Cup, and Quebec Cup events throughout the 2014 season. Team Pivot Cycles - OTE athletes will be racing the Pivot Cycles LES and Mach 429 Carbon, both fully equipped with the latest products from ENVE Composites.