The Circuit du Mené is a one day, 2 stage event for U23 (espoir) age riders in the Bretagne region of France 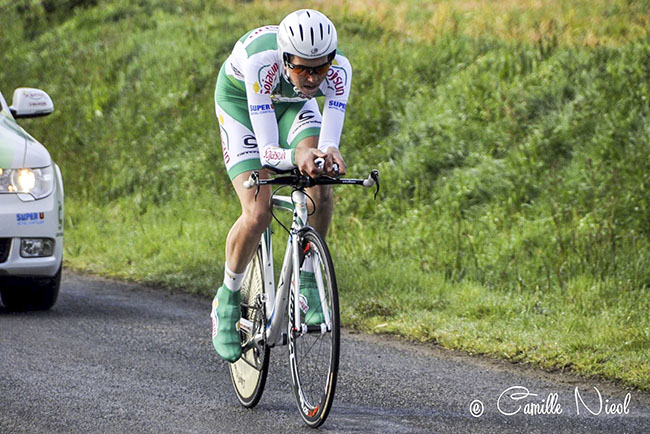 Nigel Ellsay in the ITT 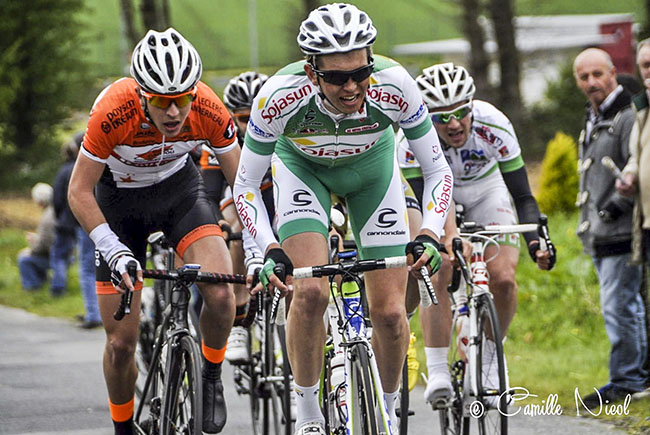 Nigel Ellsay in the break in the Road Race

The afternoon 130 km circuit road race was animated early by a breakaway of two who gained a 15 second advantage before being caught at the 20 km mark.

At 40 km a group of 17 went away, including Ellsay and teammate Franck Lemonnier. By 50 km the group had opened a gap of 1:10. With just 20 km to go the lead group was still 10 riders but the gap to a chase group of 4 including Kowalski was shrinking. With 6 km to go the chasers caught and passed the leaders. Dylan Kowalski (Velo Club Rouen 76) attacked and went on to win solo with a gap of 9 seconds. Nigel Ellsay finished 13th, at 16 seconds back, and finished 5th overall.