Defending Larry H. Miller Tour of Utah champion Tom Danielson (USA) of Team Garmin-Sharp powered away from an elite group of riders to win Stage 4 presented by Workers Compensation Fund on Thursday. Danielson soloed to victory on the  epic climb of Powder Mountain in the final three kilometers to finish with a time of 4 hours, 18 minutes and 53 seconds. 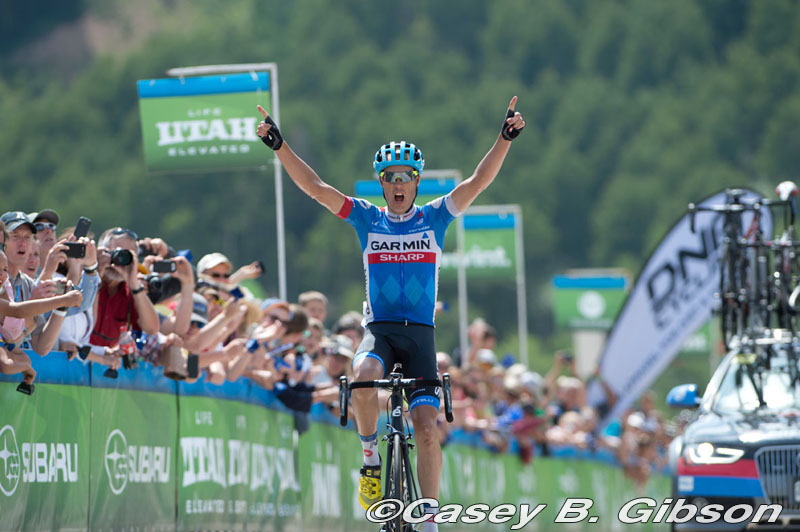 The American broke away from Lampre-Merida’s Chris Horner (USA), who he had battled last year on the slopes of Little Cottonwood Canyon, with three kilometers to go on the climb. The stage win for Danielson put him in the Larry H. Miller Dealerships overall leader’s jersey, with a 57-second advantage on the General Classification over Horner. BMC Racing Team’s Ben Hermans (Belgium) finished second on the stage, with Horner on his wheel for third.

“Winning a stage like that after your teammates gut themselves for you like that, there’s no better feeling in the world. We were under a lot of pressure. We have a young team here and lot of guys who just came here from the Tour. The team really stepped up today,” Danielson said after donning the race leader’s jersey. “Hats off to the Tour of Utah for putting together a really complex stage, and throwing a lot at us.”