The Velo Select racing team competed in their first race of the season on Quebec Cycling Federation calendar last weekend, namely the GP de la Mairie Contrecoeur Road Race.  The team was very successful in their first outing, with Mathieu Jeannes, who has been racing in France and arrived in Canada on Saturday, winning via a solo breakaway after a great team effort. This win was also monumental as it was the first 2015 win for De Rosa bicycles in North America.  Thanks to the help from all the team sponsors and supporters, Velo Select is off to a great start. 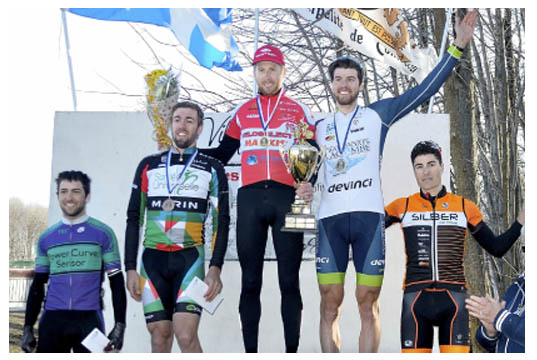 The team started the 2015 season on a positive note in large part due to a successful team training camp in Cuba at the beginning of the year. Both Team manager Lyall Beattie and four-time Canadian champion Czeslaw Lukaszewicz have been working hard to keep the troops motivated to accomplish big things this season, and they are confident that the best is yet to come.