Paxson Edges closer to the Yellow Jersey while Nash keeps skating away with the lead.

Canada Day - More sun and a couple major climbs followed by the longest descents of the race so far, made today's stage from Sechelt to Langdale a fitting Day Four. This is hump day and the Queen stage of the BC Bike Race 2015, so from here it’s homeward bound. This day brought riders over the the cusp, 4 days down and three to go while rewarding every effort they had to make on the bike with some trails full of berms, natural features and man-made adventures. 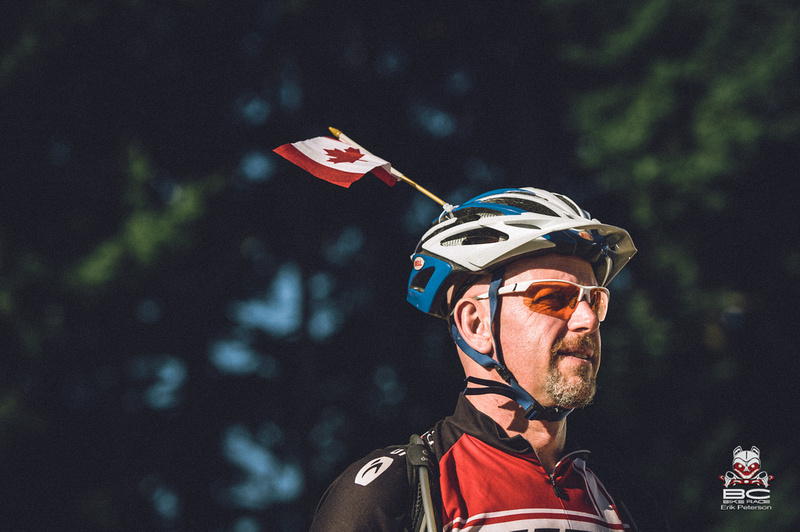 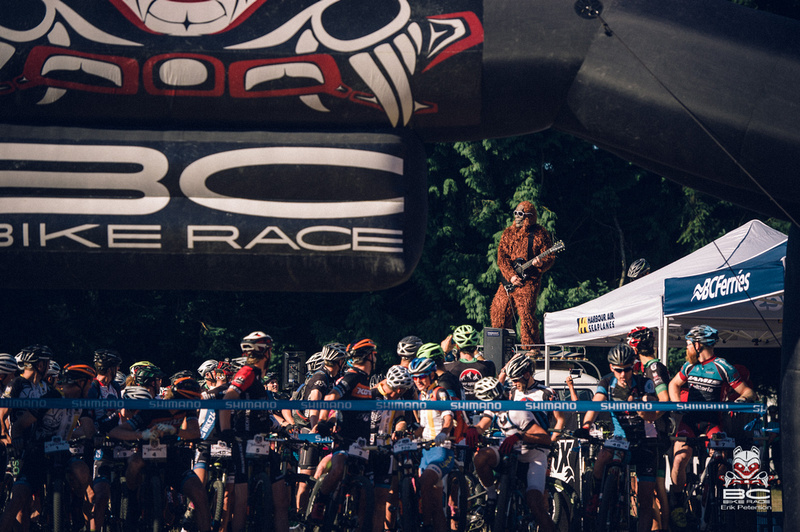 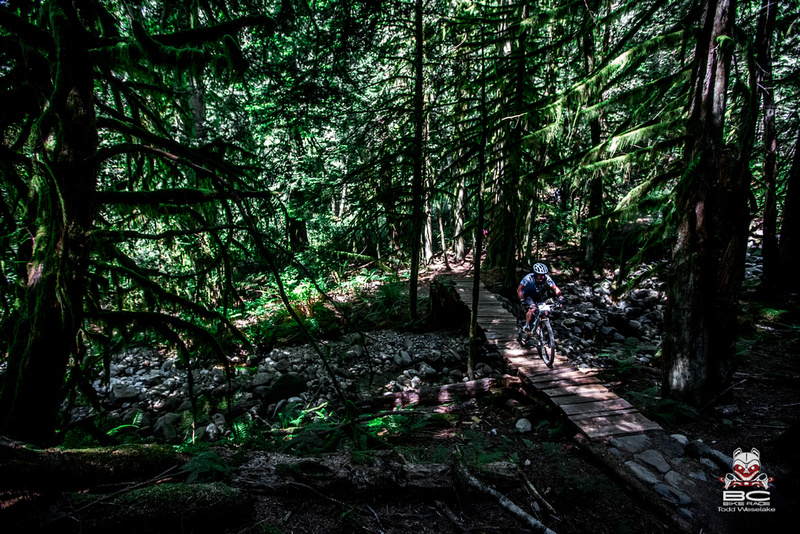 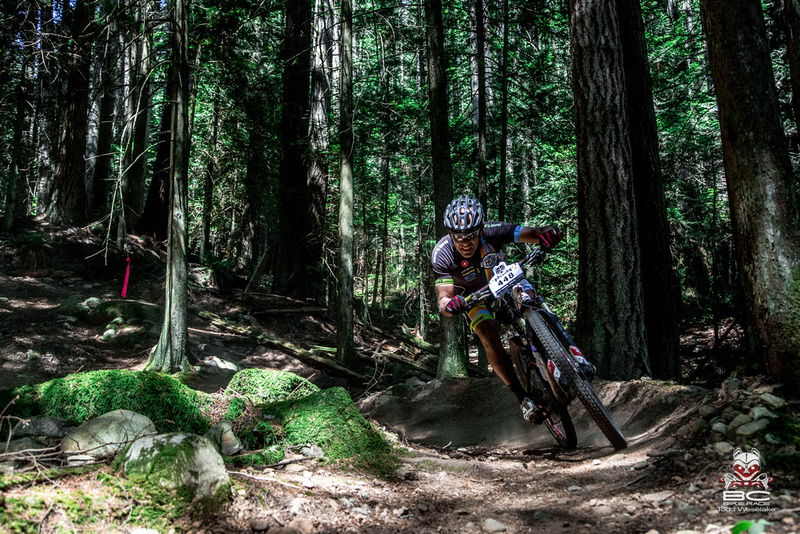 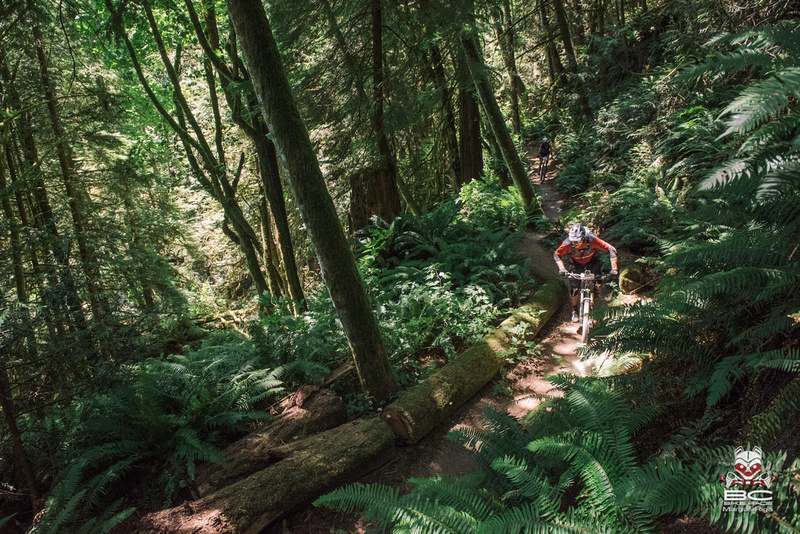 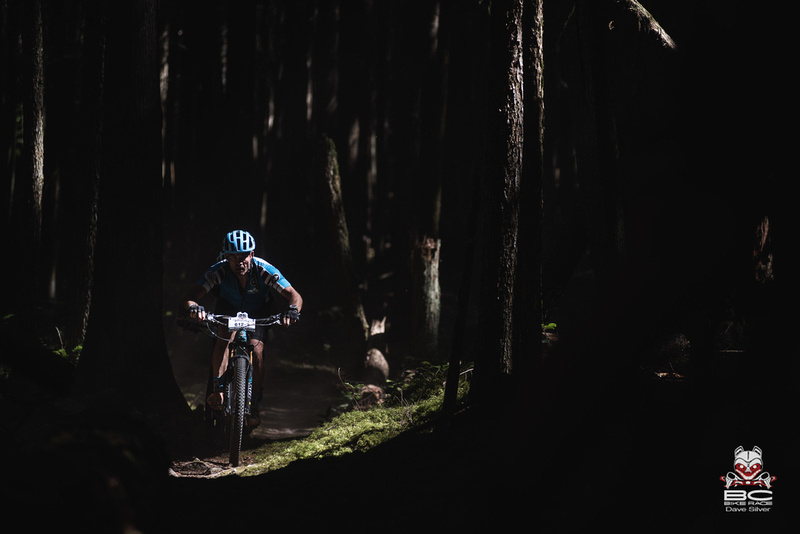 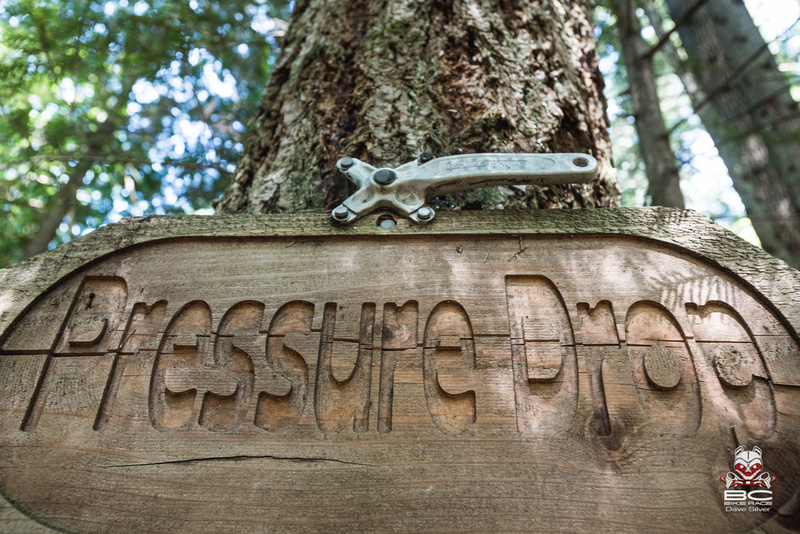 Presented by Ryder's Eyewear, this 50km stage began with a climb that used it's steepness to make up for what it lacked in elevation or distance gained. The gradual descent on BLT and the Chapman's Creek Trail flowed along nicely until reaching the base of the first extended climb of the day. The gravel and singletrack trip to the top rewarded riders with a drop into Ripped Nipple, El Dorado and the new trail "Rio Grande." The Feature Trail of the day. A small climb out of "The Tube" took riders up to the short but playful plunge down "Gnome" trail. One of those unique trails that is covered in a bed of packed cedar needles, wide enough for a truck at times, but so full of roots and pump-able terrain that it encourages speed and doubling every root gap while making line choices from the air. The climb up to the final descent of the day was split in half by Aid Station 2 before beginning the 7km shred fest provided by trails Highway 102, Sidewinder, and the Sprockids Park.

Any competition involves creating a strategy based on the strength and weakness of yourself and your competition. It's easy to get to know oneself but it's a calculated guessing game of where your competition stands. A stage race is unique because every day is an opportunity to gather more data and dig further into the nuances of those you are nearest at the end of the day. A seven day stage race is basically an opportunity to refine your fields of data and make running changes to the strategy.

Today Quinn Moberg (Rocky Mountain Bicycles) attacked every chance he had to test the legs of Spencer Paxson (Kona Bikes) who spent the past two days either chasing back on or trying to put time into everyone else. It was probably a bold move most bookies would bet against, but if you look at the long view, it means one more day where Paxson was forced to spend energies in ways he hadn't originally calculated. For those efforts we give Moberg the most aggressive rider of the day award. Still, it might have been a chill day for Paxson who realized he needed a temporary rest before the final three days of the BCBR.

While Paxson covered the Moberg surge, Tristan Uhl (Competitive Cyclist) was having a strong day on the bike and as Moberg faded later in the race he worked on keeping Paxson in sight all the way to the finish line. With local and current reigning Champion Kris Sneddon (Kona Bikes) closing the gaps on the downhills, Uhl and Wicks had a runaway train to carry them back up to whoever was up the road. Just before the final climb up to Highway 102 Paxson and Moberg had gotten away from the group and entered the Gnome trail with none in sight. Two minutes later at the bottom Sneddon slid up to the backside of the two with Uhl and Wicks in tow. It seems Sneddon can't help but let go of the brakes when pointed downhill.

In the final descent of the day Uhl was holding a steady 15 second gap up to Paxson before he blew a turn  and Wicks caught him and came around to lead until Sneddon caught up with the two. "I got around him (Wicks) before we got out of the singletrack and I gapped Barry off. When we got out on to the road we could see Spencer but Kris and I couldn't close it down and Kris came around me right before the finish."

Sneddon retains the yellow jersey for another day with Uhl nine seconds back. Paxson only managed to take back two seconds today, far short of his 7 minutes from the day before. Wicks stays in third overall by 36 seconds, then Paxson 49 seconds behind, and Moberg putting solid dent into the competition for 5th with Thomas Turner (Jamis Bikes) who flatted today and lost contact with the group.

Every year the BC Bike Race attracts a group of women racing who are exceptional athletes, able to bring both the fitness and the technical skills one needs to be competitive. These are riders like this year's Vicki Barclay (Team NoTubes/ Bike Flights) and Rebecca Hodgetts who are taking it to the boards in a battle for 2nd place. Then you have athletes like Katerina Nash (Luna Chix) who is a two sport Olympian and has been to the battle of the rings three times. Twice for XC Skiing in 1998 and 2002, and once for mountain biking in 2012. Nash crushes the big lung sports and seems to have no trouble pulling away late in a race to put time on her competitors. We all want to be the best athletes we can be, but it’s people like Nash who break the boundaries on physical limitations and inspire other riders with what is possible.

Barclay and Hodgetts rode together most of the day on the way to a sprint finish, with Barclay taking it at the line. Coming in fourth for the day was Andreane Lanthier Nadeau who currently is entranched in her fourth place with a sizable gap between her and third place Barclay, and fifth place Kristen Gross.

Featured Trail: Rio Grande
The Rio Grande Trail was built as a connector and in accordance with the  general philosophy of the regional mountain bike club it is a trail designed to be ridden both directions. In years past the BCBR has climbed the Rio Grande, but a new connector trail this year allowed the course to go down the Rio. With the trail builder Dale Sapach admitting that he has forgotten the hours put into the trail it’s obvious there has been a lot of care poured into this trail. Full of flow, berms, boulder rolls and other trail features, the trail has become a passion project with a real effect on how the trail system can be connected for rides.

Featured Rider: Brent Martin
"The experience this year has been amazing. So much fun, even though I'm hurting like hell."

Before the BC Bike Race ever sent its first rider across a line, it was an idea in need of believers. One of the first people Dean Payne and Andreas Hestler reached out to when hashing out this crazy plan for a multiday stage race was the owner of a small North Vancouver sunglasses company called Ryders Eyewear. Until last year that owner was Brent Martin and he believed enough in the vision of the BCBR to become one of the original sponsors nine years ago. He raced the event the first three years but has played more of an ambassador role until this year when he decided to get back out and complete an event he's been watching from the sidelines for five years.

"I'm enjoying the race so much now. In those first years I had a lot of things going on. I'm just enjoying being with all these racers from all over the world. I guess they call it being more present and not in my head so much. I'm taking it all in, it's such a beautiful week."

"I've been behind these guys since the first race. They have a great culture going on now. You can tell by all the staff that keeps coming back year after year. They have such a good time and if you have that it trickles down to the community, and the racers we touch. There is some real leadership happening in our community and I think that the world can learn from it."