Team Canada is off to a strong start at Track World Cup #2 in Cambridge, New Zealand.  The women's Team Sprint squad of Monique Sullivan and Kate O'Brien shattered the Canadian record with a time of 33.467 seconds, qualifying fifth (one spot out of the medal round).  The men's Team Sprint squad of Joseph Veloce, Evan Carey and Hugo Barrette set a season-best time of 44.393 seconds. 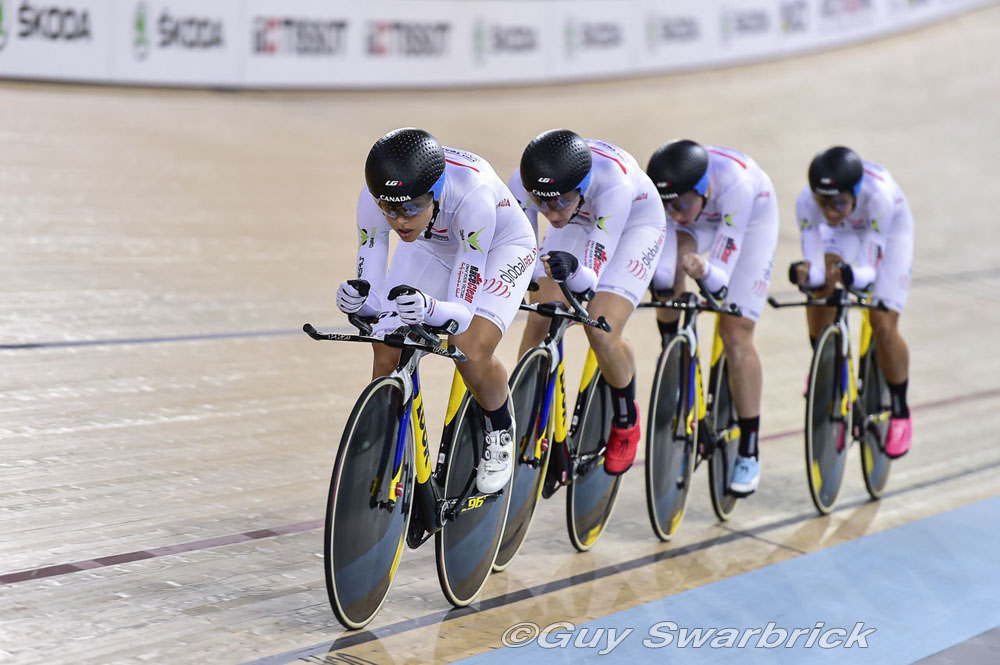 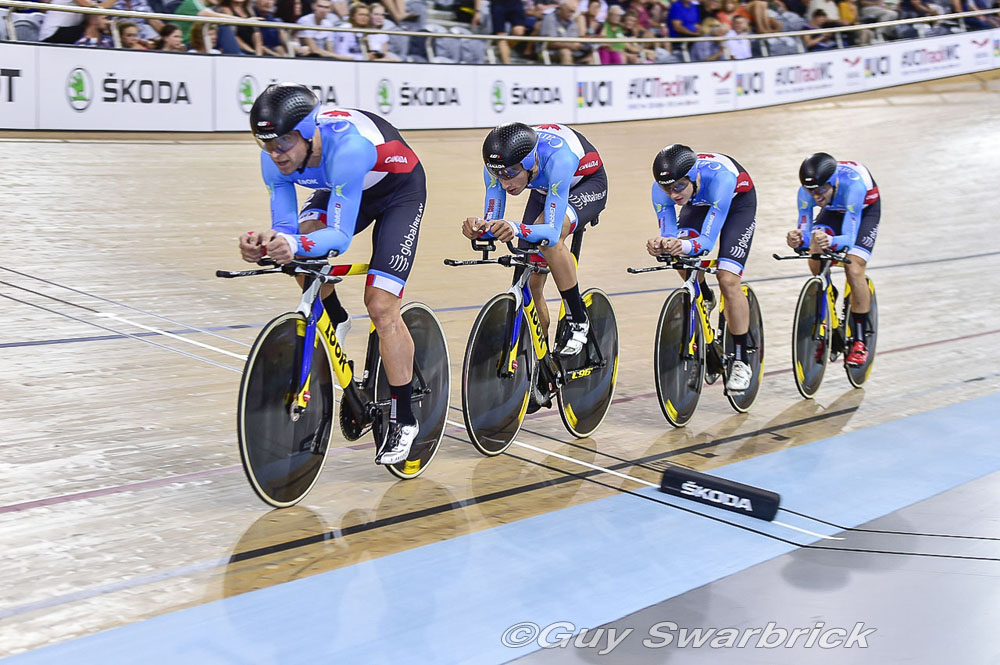 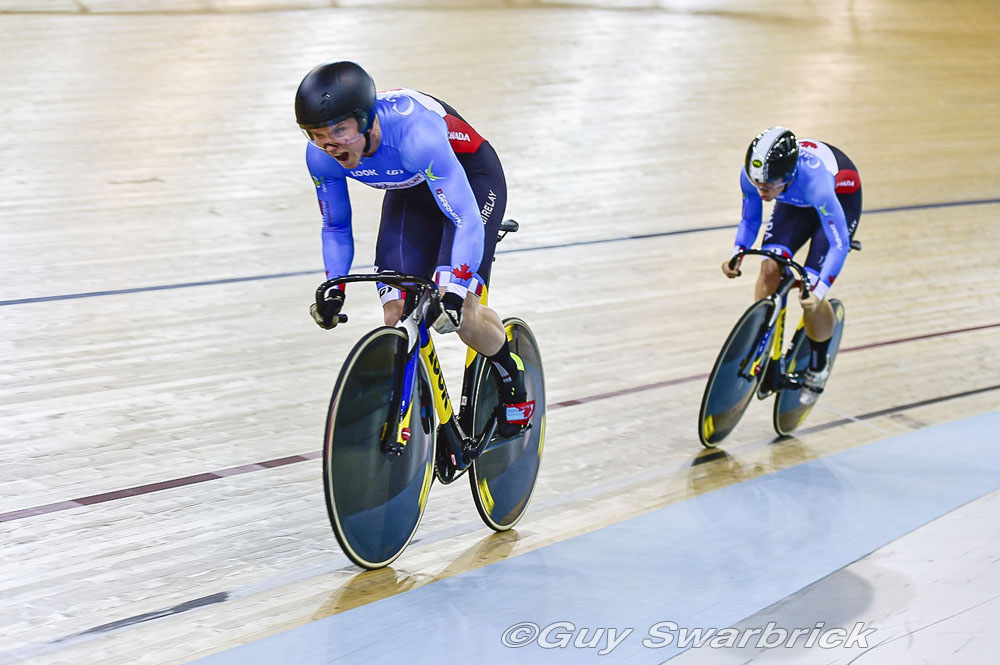 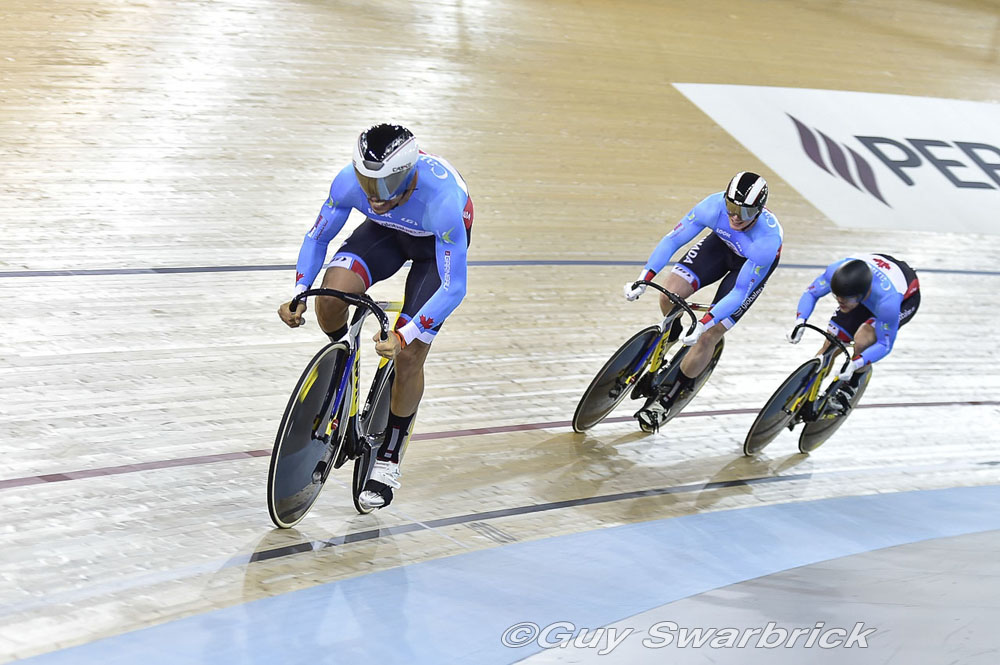 "This was a huge first day for Canadian sprinters here at the World Cup in Cambridge. Monique Sullivan and Kate O'Brien took a career-best fifth place in the women's team sprint, just one spot shy of qualifying for the medal round, and set a new national record," said Erin Hartwell, Canada's sprint coach. "The men came through incredibly well too, with a killer ninth place, the season's best result by far and just a few hundredths out of eighth place! I'm really impressed with Hugo's comeback after his terrible crash in Cali, and Joseph and Evan stepped up with solid efforts. The team sprint goals were top eight for the women and top 10 for the guys. Well, they got it done! Proud of the effort the past month to right the ship after the Cali World Cup."

In the Team Pursuit, the World Cup-leading Canadian women's squad of Allison Beveridge, Laura Brown, Jasmin Glaesser and Kirsti Lay posted the fastest qualifying time of 4:19.359, the only team to go under 4:20.  The men's Team Pursuit squad of Remi Pelletier-Roy, Ed Veal, Adam Jamieson and Aidan Caves finished ninth in qualifying, their first World Cup finish in the top-ten, with a career best time of 4:04.927.

Results from the first day of racing at World Cup #2 at the Avantidrome velodrome in Cambridge, NZL