On Thursday, the organizer of the Tour de France, ASO, held a press conference to announce the Grand depart for the 2017 Grand Depart in Düsseldorf, Germany. In this non-Olympic year, the Tour de France will be the biggest sporting event in the world. A good photographer friend of ours, Frank Bodenmüller, is from Düsseldorf and attended the conference, sending these images.

The opening stage on July 1st will be a short 13 kilometre individual time trial along the banks of the Rhine River, starting and finishing around the Messe fairgrounds. It is described as a flat, power course.

Stage 2 will be a road stage, and will also start in Düsseldorf, in the center of the city. Full details will not be released until the full 2017 presentation in October, but organizers did say that it will include the local Grafenburg climb as a KoM. 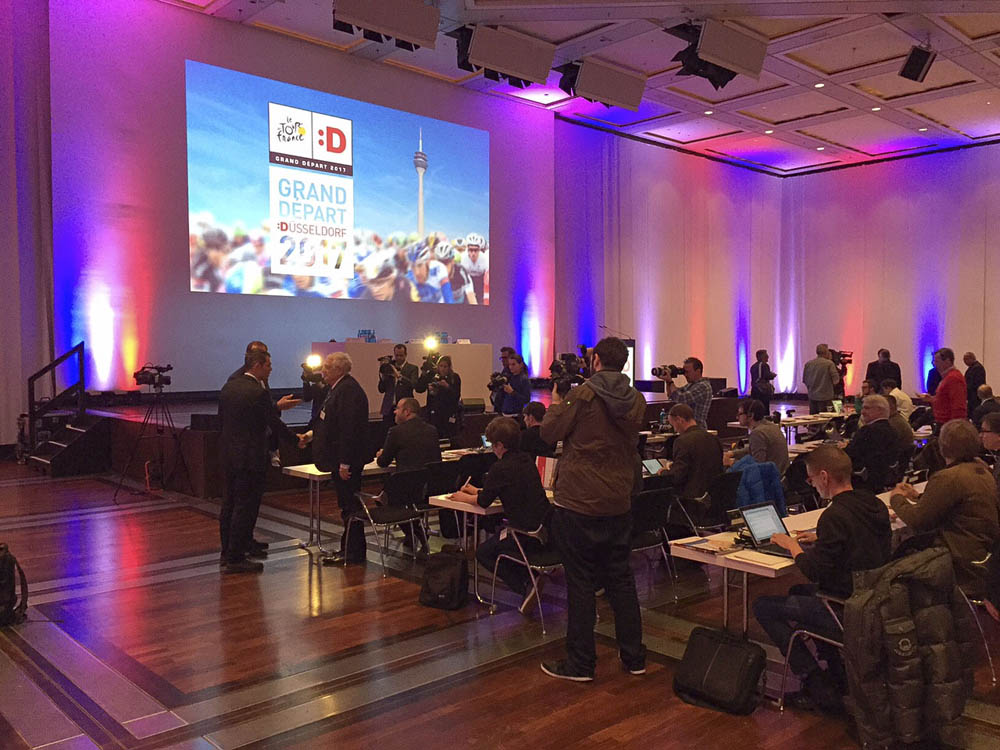 Waiting for the start of the press conference 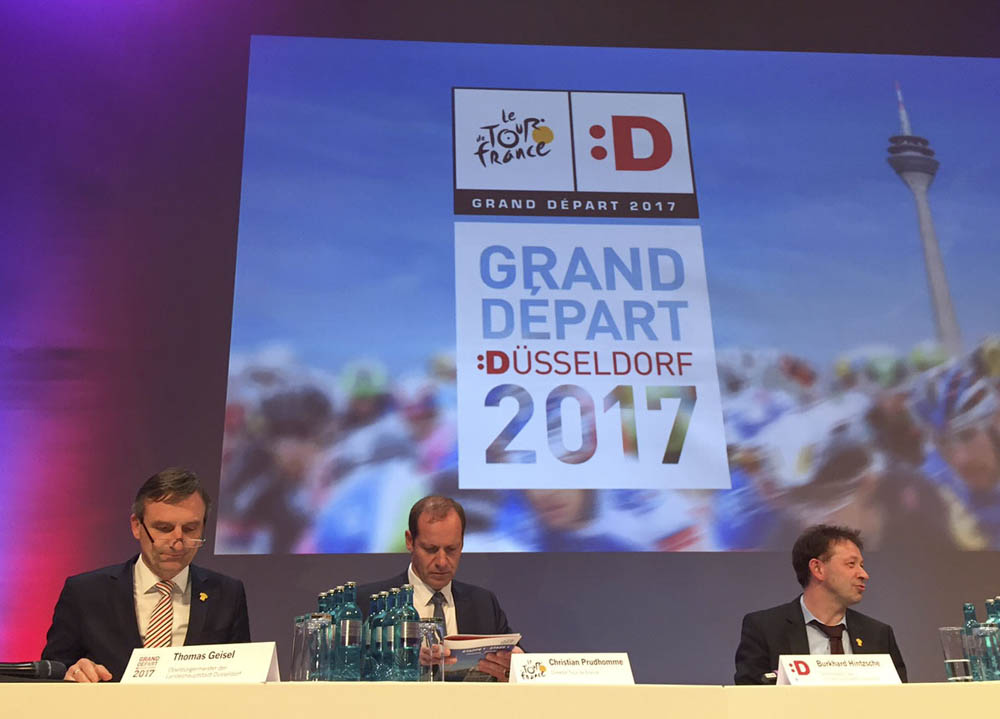 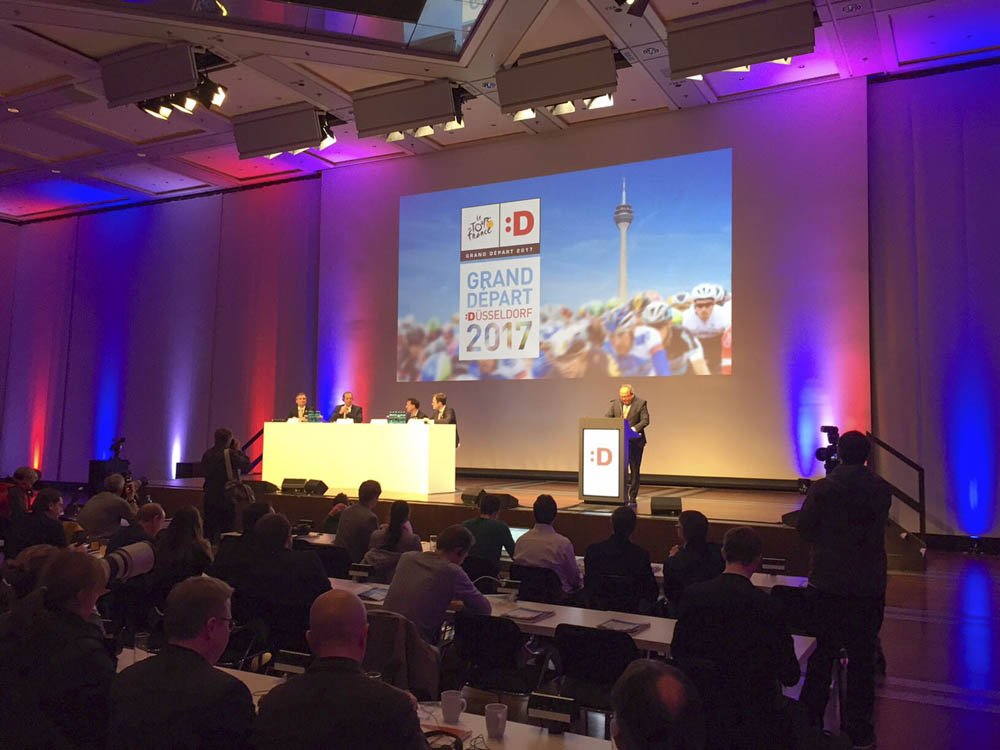 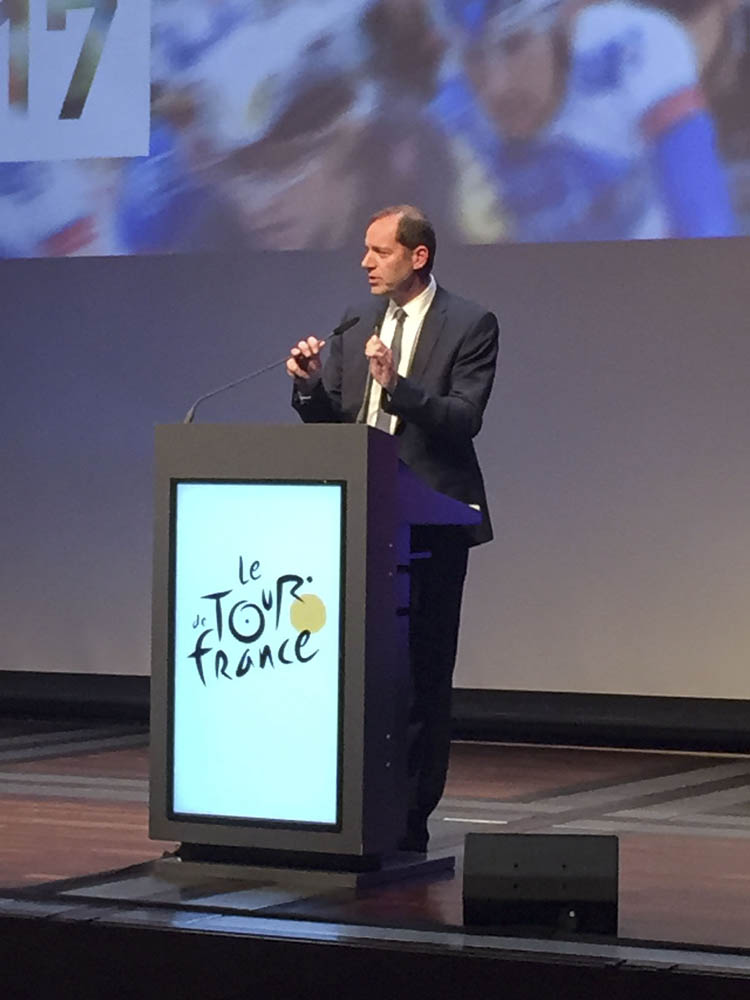 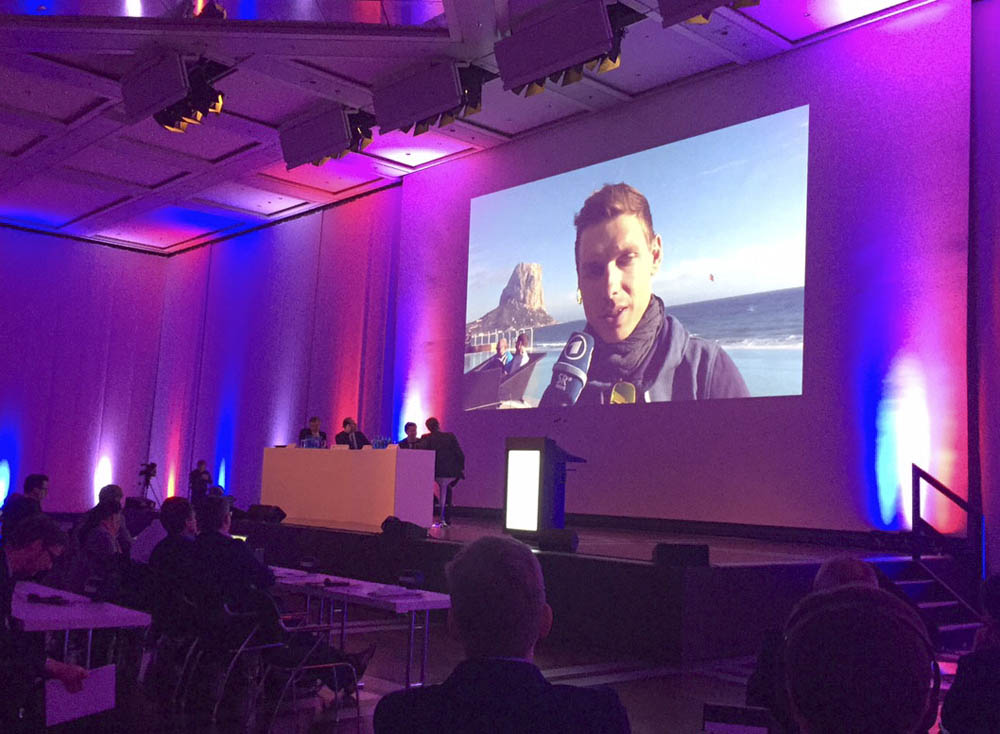 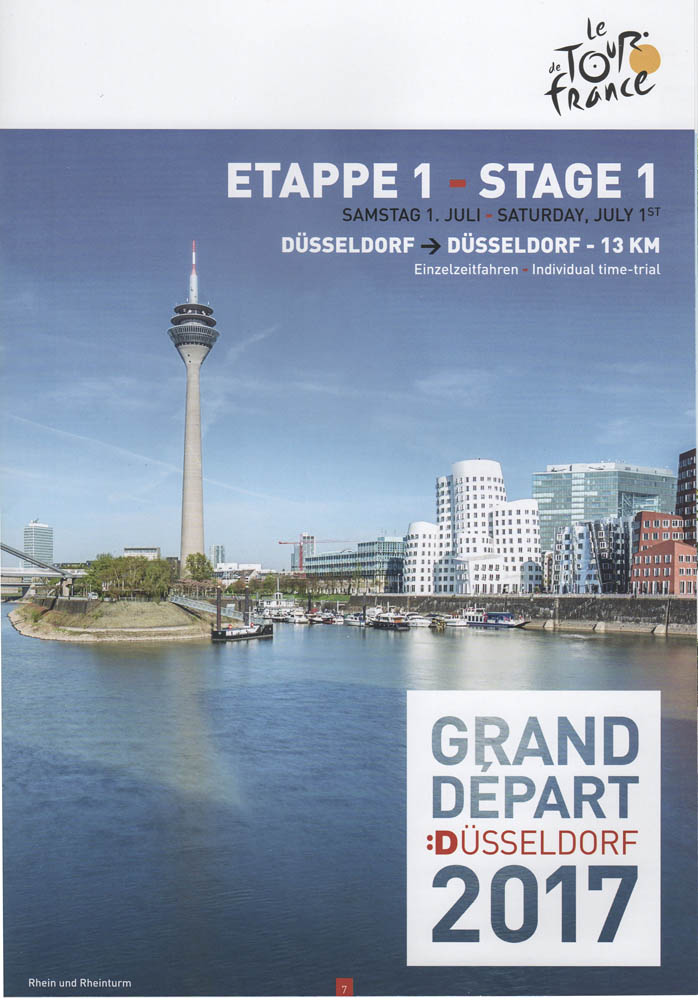 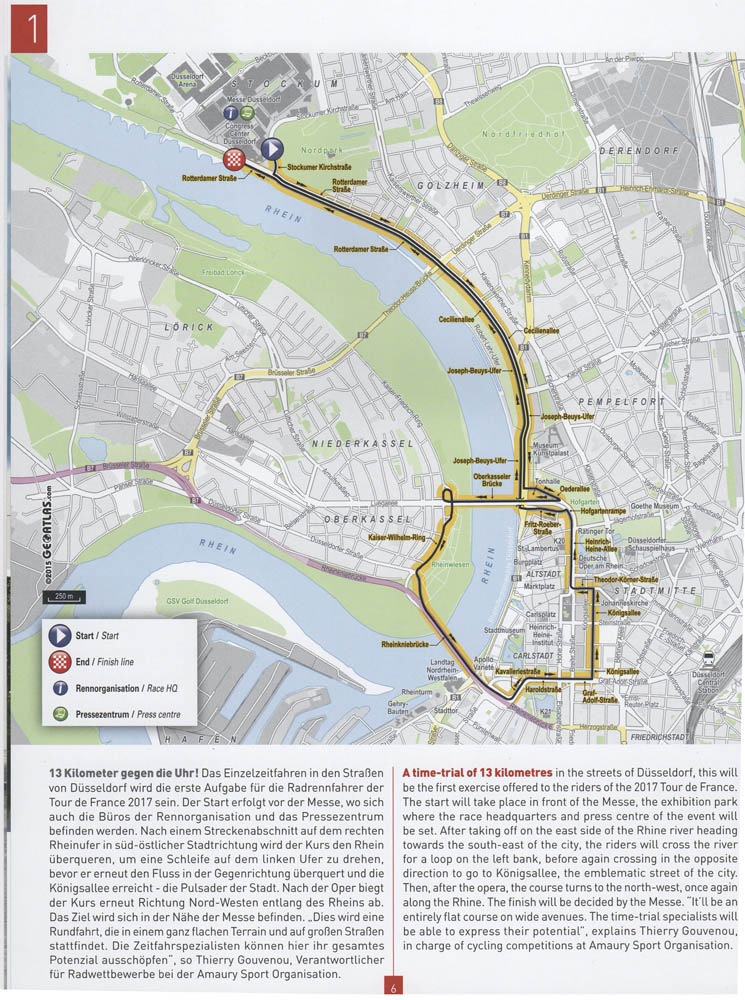 Stage 1 ITT from the Messe fairgrounds in Düsseldorf, along the banks of the Rhine, into Königsalee  then back to a finish near Messe. 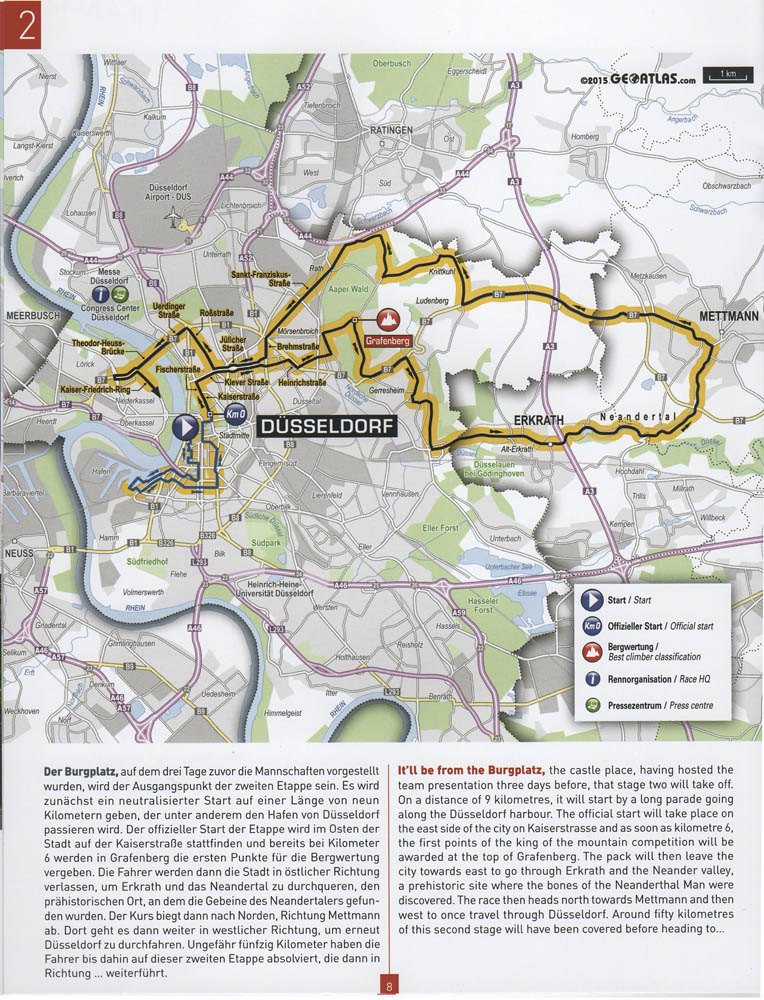 Gallery of larger versions of images