The 2016 Cyclo-cross World Championships concluded on Sunday in Zolder, Belgium, with the marque Under-23 and Elite Men's categories.  The host nation took both titles, much to the delight of the 80,000 spectators, but Canada also finished one its most successful European Cross Worlds projects to-date, with a top-40 finish by Aaron Schooler in the Elite men. 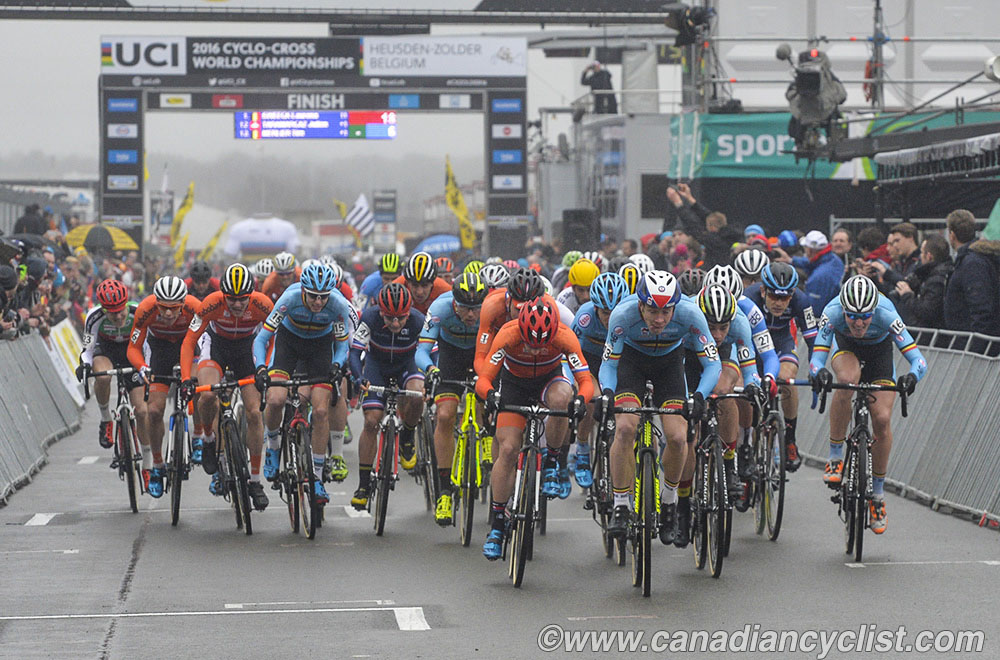 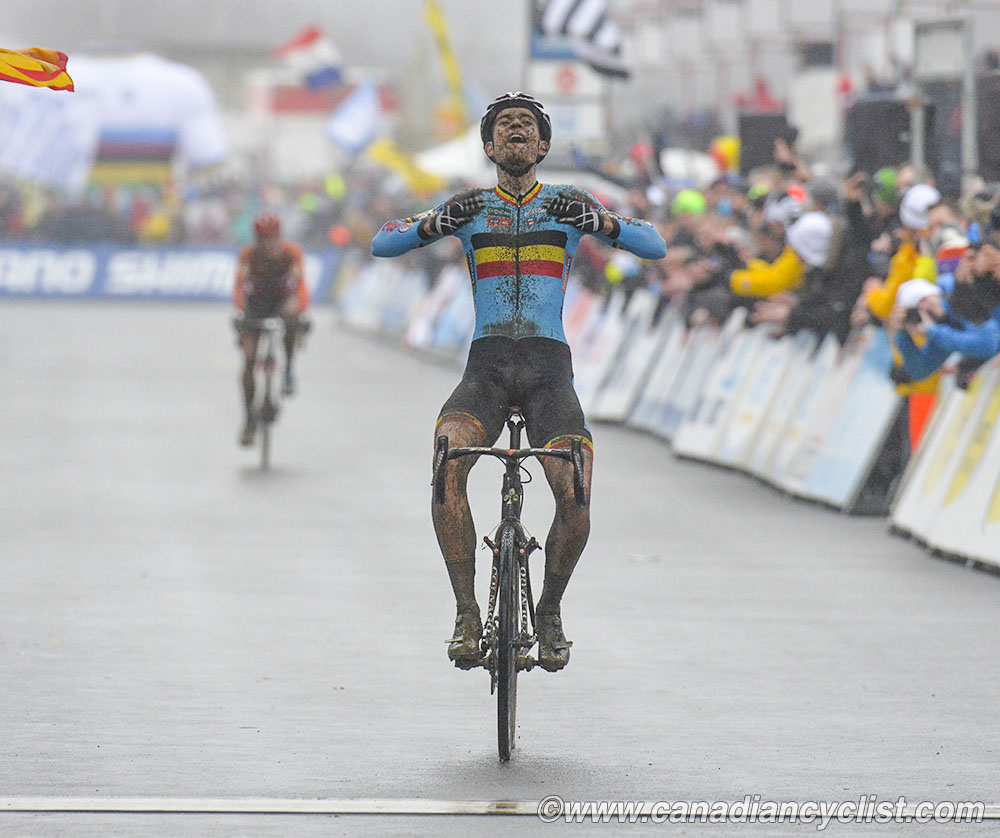 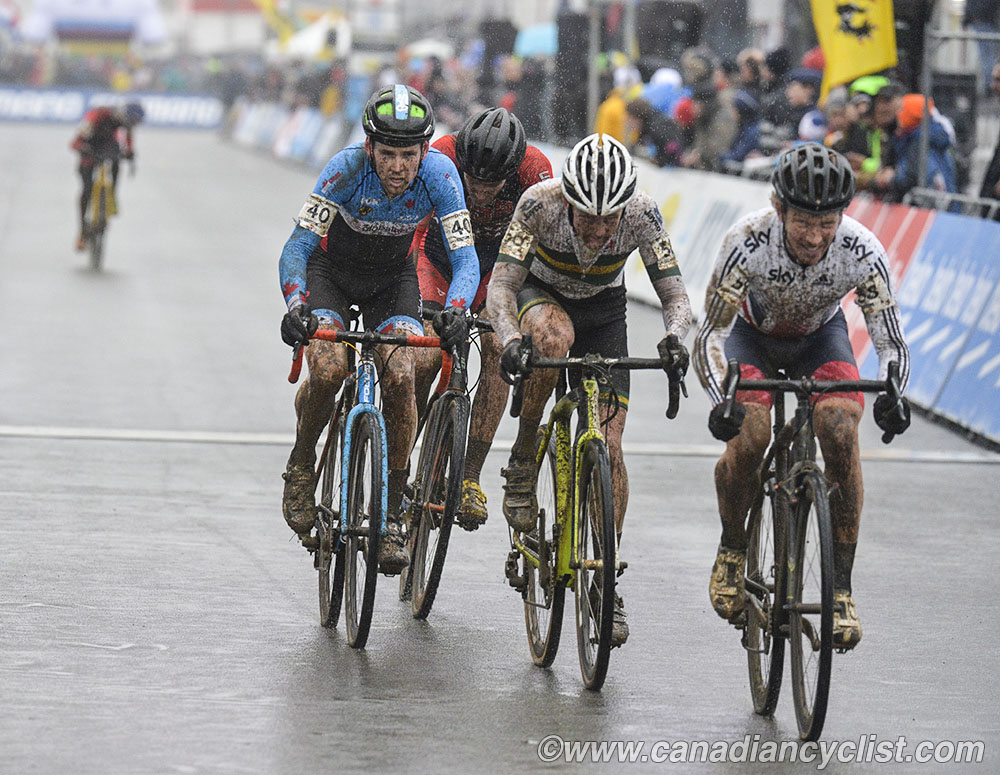 Both of these races are usually a battle between the cyclo-cross superpowers of Belgium and the Netherlands, so the Canadian goal was to have riders finish on the same lap as the leaders, and both of the Under-23 men achieved this, with Trevor O'Donnell finishing 49th and Isaac Niles 51st.  Niles was riding higher in the standings until a crash in the wet, muddy conditions dropped him back.

"It's a whole different experience racing here," commented Niles.  "The guys here have been racing so long, and they're so fast.  You have to re-learn racing here, it's so much faster then anything I've ever done in Canada.  I know now the level I need to be riding at, the areas I need to work on ... so it can only go up from here."

The Elite men's race saw Belgium and Dutch riders take all of the top-8 spots.  Canada had five riders in the race, with Schooler, Michael van den Ham and Jeremy Martin all getting strong starts that put them in the 30s by the second lap.  The trio rode within a few spots of each other for most of the race, but only Schooler managed to make the time cut to start the final lap, with both Martin and van den Ham missing the cut by only a few spots.  Schooler was in a group of five racing for 36th spot, taking 40th at the finish.  Martin finished 42nd, van den Ham 45th, Cameron Jette 51st and Mark McConnell, who crashed early in the race, 57th.

"I'm pretty happy," Schooler agreed.  "It was part of my goal [finishing top-40], and finishing on the lead lap makes you feel like you are really racing.  I was around some guys I don't normally finish with, so I'm really happy with top-40.  It was back and forth in the group I was with, but I just got a bit gassed on the last climb, so I didn't have much of a sprint."

Schooler also talked about the new working group for cyclo-cross, which organized the project.  "We came with a full squad, organized by the working group and [team manager] Scott Kelly has done a phenomenal job spearheading it, and laying out the groundwork for a proper functioning team.  This is the most staff we've ever brought to a Worlds.  It helps, as a rider you feel a lot more comfortable."

Canada fielded a team of 13 riders, the largest ever for a European world championship, with all riders finishing on the lead lap for every race except the Elite Men.