The early season march of stage races continues, with the challenging Volta A Catalunya starting Monday in Spain. There should be a few sprint finishes, but the jaunt into the Catalan Pyrénées ensures that one of this season's GC contenders will win the week-long race.

To that end, the Cannondale Pro Cycling Team brings a squad dedicated to the overall standings while allowing for crucial experience. Rigoberto Uran will captain the team, with support from the likes of Joe Dombrowski, André Cardoso and Canada's Michael Woods. 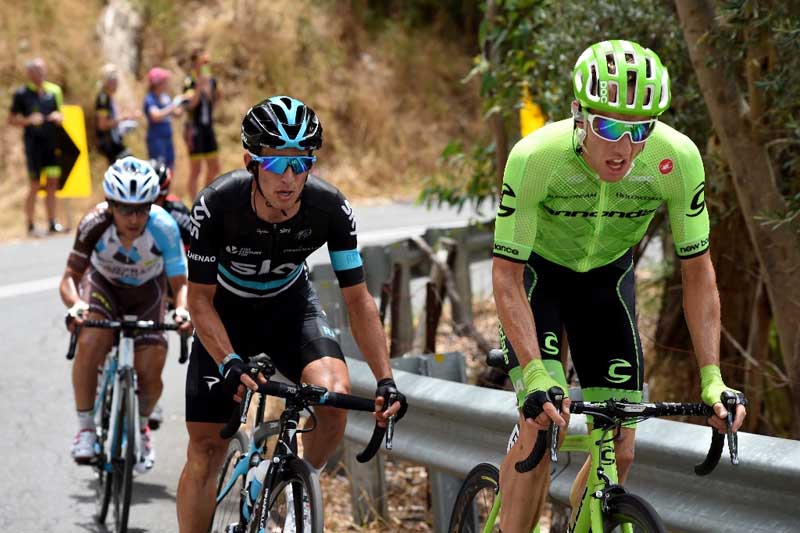 "Rigoberto is looking to pop off a good performance at Catalunya," Slipstream Sports CEO Jonathan Vaughters said. "It's super mountainous. Every stage is hard. You've got some climbs that genuinely go into the Pyrénées. Rigo's got to be in there. He needs to be in the hunt to really push his body to be able to perform at the Giro."

It's no secret that one of the team's objectives for the season is the Giro d'Italia GC on the legs of Uran. The early season stage races are notable rungs on the grand-tour ladder.

Joe Dombrowski is also on the books for the Giro, and is racing with Uran for the first time since their days together at Team Sky in 2013.

"I'm looking forward to it," said Dombrowski. "As a professional rider, I might be less likely to be a fan of riders in the sport, but I am a fan of Rigo. He races with panache, and he exudes cool. Plus, I think he's a guy you want to ride for. He can call the shots when decisions need to be made, but he's pretty 'tranquilo' when things are more relaxed."

For the 24-year-old American, Catalunya is a chance to test his training and progress.

"I'm feeling good," Dombrowksi added. "I'm just coming off a short trip to the US. Training has been going well. I might not be at my sharpest yet, but I'm confident I can go well. This is my first WorldTour race of the season, and we aren't too far off from the Giro, so the aim is to be there supporting the guys on the mountain days, and hopefully be there at all the crucial times."

Joining the party will be Michael Woods, a first year WorldTour rider who has already aroused fanfare with his notable results at the Tour Down Under in Australia. In his debut with the Cannondale Pro Cycling Team, Woods scored two third place stage finishes to claim fifth in the overall.

"The original plan coming in to this season was to come in flying for Tour Down Under, and then back off for a week, and get settled here in Spain," Woods said. "I am glad I had the week off to get adjusted here, as setting up an apartment in Spain is no small task. Fortunately, I am all settled in now. It has been a nice break from racing, and a great opportunity to build a base for the many races to come. However, I have been getting antsy to actually race, so I am looking forward to Monday."

Woods described his arrival at the highest level of the sport as "surreal."

"Four years ago, I was working at a bike shop in Ottawa and watching races like TDU on TV, wishing I could be there, and thinking how exotic the life of a pro rider must be," added Woods. "To get to fly to the other side of the world, race bikes, and then be celebrated for that is crazy and something that I am really enjoying. Also, being on Cannondale Pro Cycling Team has been pretty special, as the team has such a strong fan base, so I have been getting a lot of cool messages."

"The team has high expectations for this race," Woods continued. "We have a super strong group of guys and my job is to protect our team leaders and try to set them up as best I can for a top result."

The Volta a Catalunya starts Monday in Calella and runs through Sunday ending in Barcelona.