Team Canada will ride for gold at Round 2 of the Track World Cup on Saturday in Apeldoorn, Netherlands, in the Men's Team Pursuit.  The Canadian squad qualified fourth, and then won their heat in the next round to get into the gold medal race against Belgium.  Canada won the bronze medal in the opening round, in Glasgow, Scotland.

National coach Ian Melvin stated, "We were a little disappointed in our execution in qualifying but we re-set between the rides and worked out a plan to attack the French at a time we thought they were vulnerable. The boys rode lap-for-lap as we discussed and they've got their due rewards. Tomorrow will be a hard ride against a strong Belgian team but we'll go home tonight, rest and plan. Confidence is high in the group and we know all that we can really control is our ride so that will be our focus." 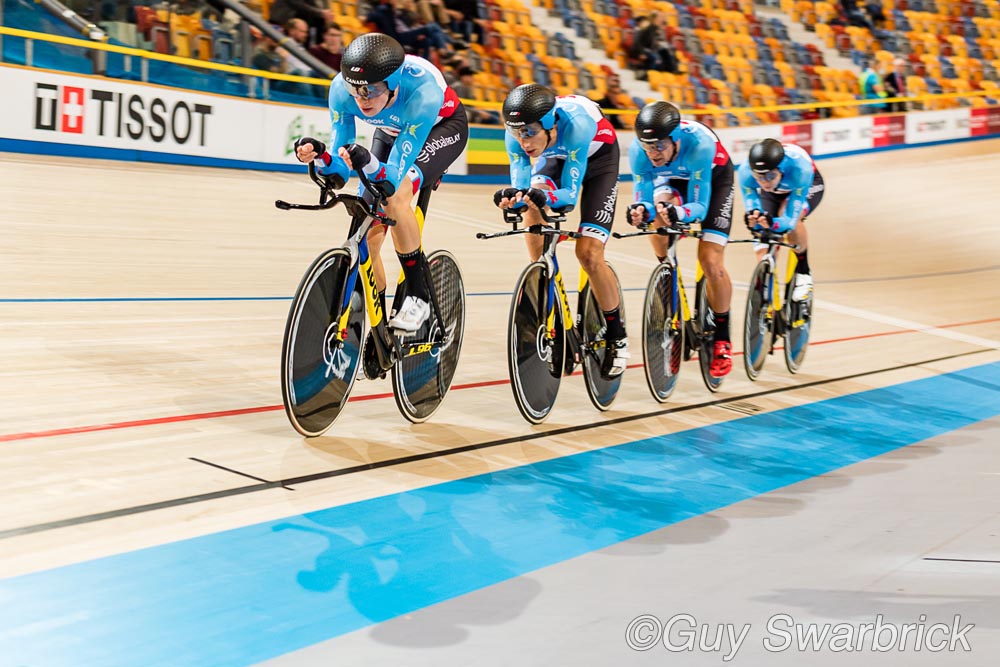 The gold medal race will take place on Saturday evening.