Professional cycling comes to New Westminster on Tuesday, July 11, 2017. Top Canadian and International cyclists will race through the downtown streets during a new BC Superweek event: the New West Grand Prix. 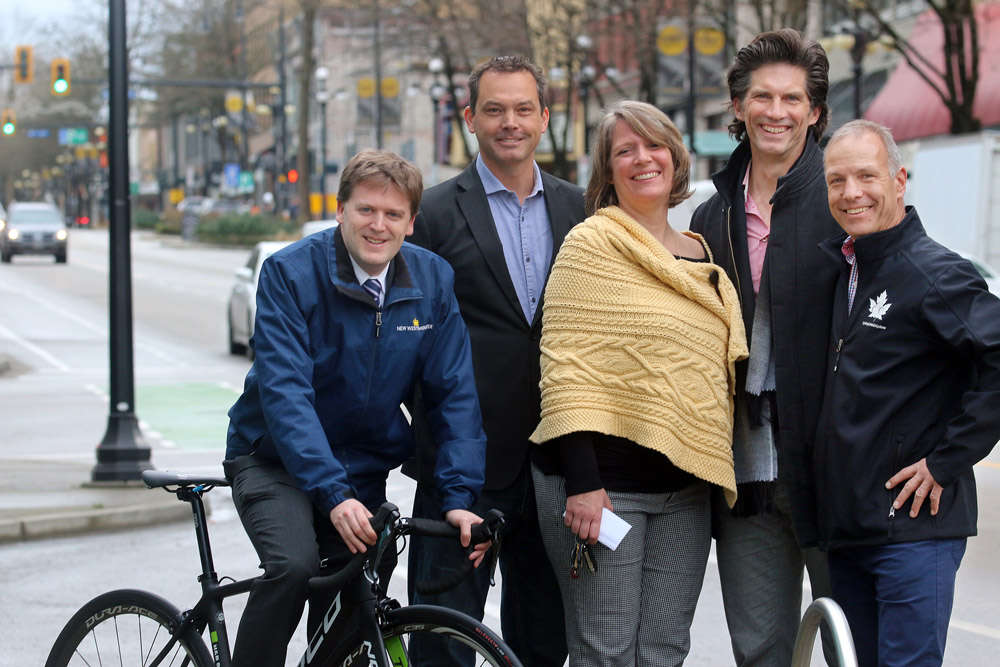 Representatives from the City, BC Superweek, and Canada's professional cycling community announced today that New Westminster has signed a four-year agreement to be a host city for BC Superweek, the nation's biggest professional road cycling series.

"BC Superweek is a prominent event on the sporting calendar in our province and joining the series showcases our city in a big way," said New Westminster Mayor Jonathan Coté. "The New West Grand Prix, along with our waterfront location, heritage downtown, Anvil Centre, and Westminster Pier Park, will help continue to present New Westminster as a city that promotes fun, family-friendly events."

The New West Grand Prix is planned to begin with a youth race at 5:30 pm, followed by the women's race at 6:15 pm, then the men's race at 7:30 pm, and the day concludes with the awards ceremony at approximately 9 pm.

The criterium-style race features a mass start and a 935-metre circuit that cyclists navigate for an expected 45-55 laps. More than 200 men and women will pass by every minute, making the New West Grand Prix a thrilling spectator experience.

The proposed racing course includes parts of Columbia Street, Eighth Street, Carnarvon Street, Sixth Street, and Begbie Street. The route is now being finalized by event organizers. Discussions are already underway with properties affected by the road closures on the afternoon and evening of July 11th. Alternate routes will be provided in and around downtown New Westminster that day for vehicle and transit traffic.

New Westminster is one of several Lower Mainland communities scouted by BC Superweek to expand the series. The city's central location, accessibility to transit, and downtown race site were among the deciding factors in it being selected.

"Professional cycling has become a real medium for cities to showcase themselves not only locally, but also internationally through the series. The members of BC Superweek are excited to welcome the City of New Westminster to the family."

Businesses and the community are encouraged to participate in the New West Grand Prix in a variety of ways, including sponsorship, volunteering, and participating in all the events on July 11th.

Event, volunteer, and sponsorship details have been posted at www.newwestgrandprix.com.