The opening day of Cross-country World Cup competition in Nove Mesto, Czech Republic, was a bit of a mixed bag for Canada.  Peter Disera (Norco Factory) had a strong ride in the Under-23 Men's race, finishing eighth, however, Catharine Pendrel (Clif Bar Pro Team) suffered two mechanical incidents while in second place in the Elite Women's race, putting her out of contention.

Denmark's Annika Langvad (Specialized) proved that last year's world championship win in Nove Mesto was no fluke, with a dominating victory in the Elite Women's race. 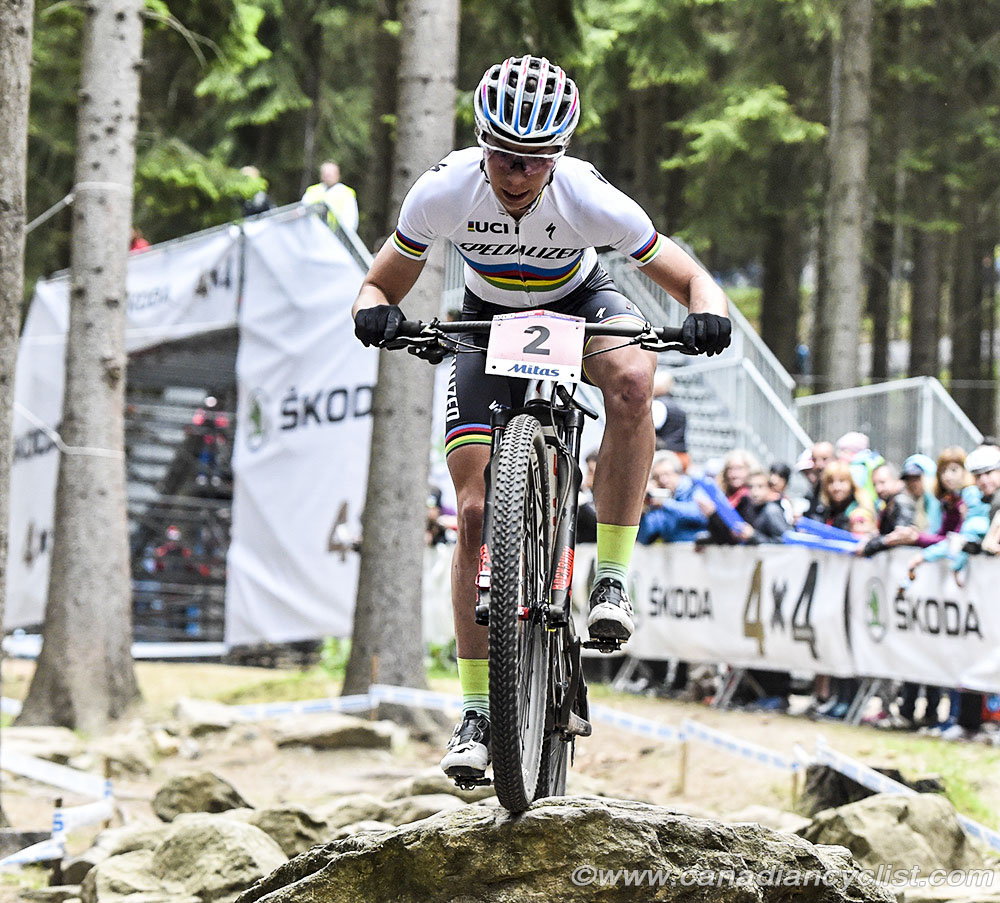 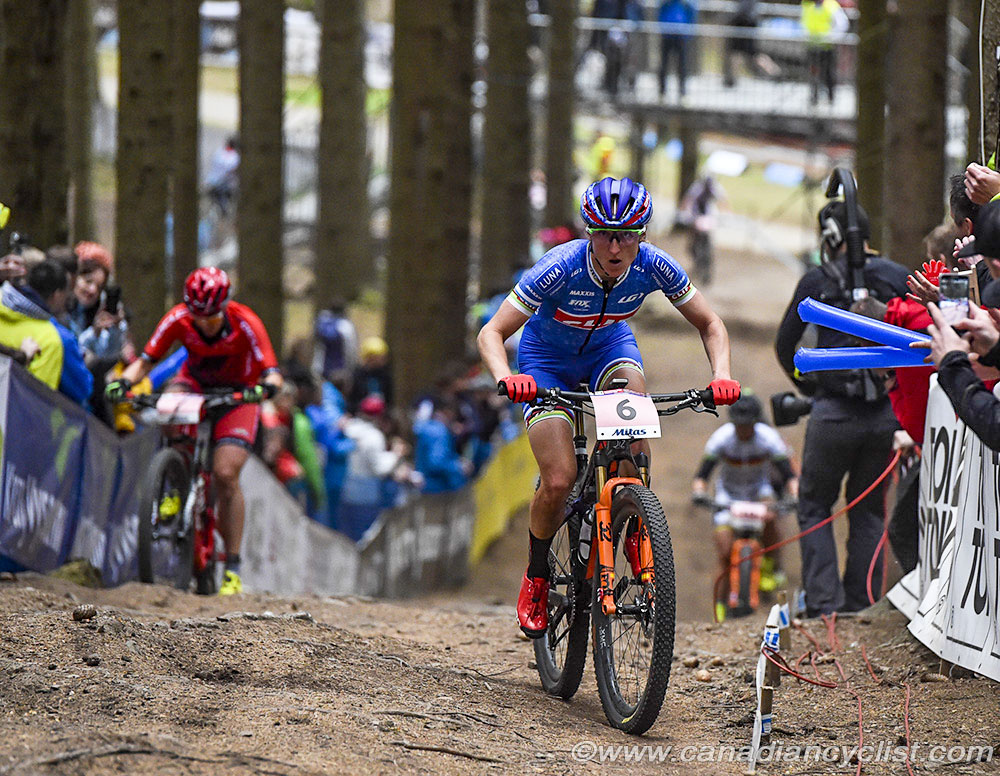 Linda Indergand (Focus XC) took the lead through the start loop, but then Langvad accelerated by her as the race hit the climbs on the first lap.

"Yes, I attacked early," admitted Langvad, "but I was really not sure I could keep it. I just felt so good, so I thought 'OK, if I feel good now I might as well make it difficult for everyone else and just ride my own pace'."

Pendrel moved into second place after the start loop, behind Langvad.  On the second lap she first had a problem with her chain and then suffered a flat tire.  By the time she received assistance at the pits, she was back in the high-30s and nearly four minutes behind the leaders.  She managed to fight back to 21st by the finish.

"I felt good, this was probably the best start I've ever had on this course," said Pendrel.  "I was feeling good and had good energy, and then coming through the last rock garden before the end of the lap I dropped my chain and it took three minutes to sort it out.  Then passing someone on a downhill I got a flat tire and had to ride that into the tech zone.  So luck wasn't on my side today.  But my form is good, so that's the positive takeaway."

Sabine Spitz (Wiawis Bikes) moved into second with Indergand maintaining a lock on third.  Yana Belomoina (CST Sandd American Eagle) briefly challenged Indergand for third with a lap to go, but then dropped back and had to battle Maja Wloszczowska (Kross Racing) for fourth, with Wloszczowska winning the sprint at the finish.

"I did not expect this at all," said Langvad.  "Since September I have been very busy at university, full time finishing school [Dentistry]. I was in school this week until Wednesday when I flew out. Monday morning I'll be back at school in surgery.  The last couple of weeks I swapped my training a bit because I didn't have time for a huge amount of endurance training, so I have been doing more short intense stuff."

Disera, the Canadian Under-23 champion, had a strong start to his race, riding among the top-5 riders on the first lap and a half.  He dropped back slightly in the second half of the race but managed to retain a top-10 spot at the finish.  Petter Fagerhaug of Norway was the winner, followed by Martins Blums of Latvia.  Disera finished 1:47 behind the winner.  Other Canadian results include Sean Fincham (Team Canada) in 67th place and Marc-Andre Fortier (Team Canada) in 78th. 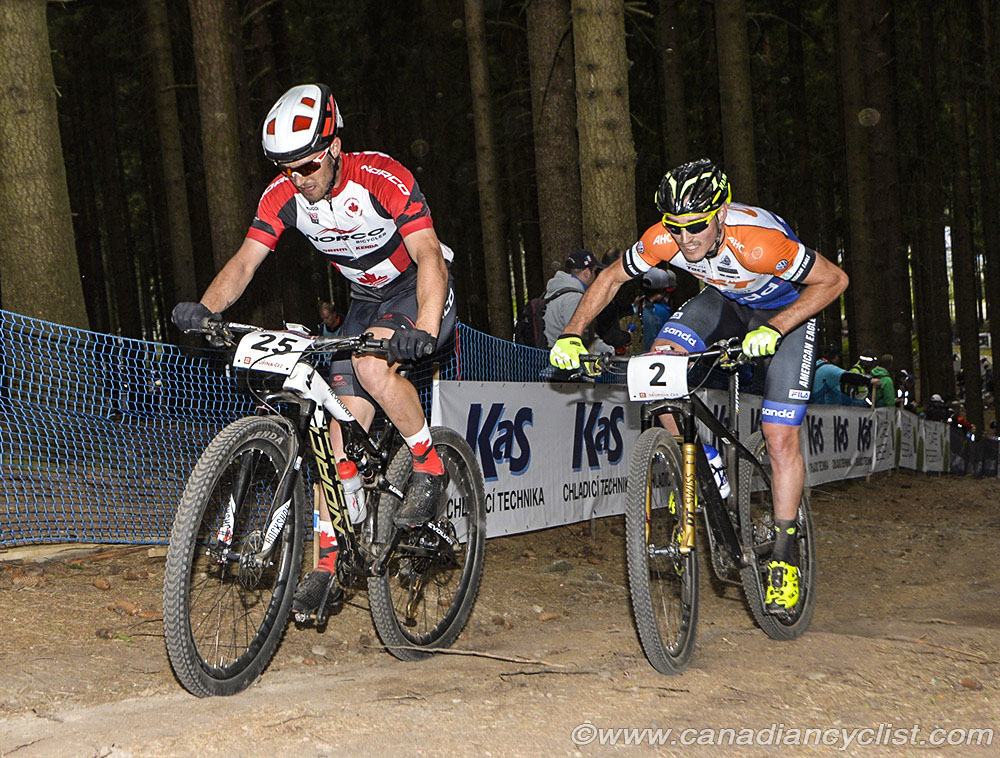 "I came into this race without a number in mind," said Disera, "but I knew in the back of my mind that there was a chance I could be in the top-5 group fighting for the podium, and in the second lap I was in that group!  I held on for as long as I could, but I slipped back a little bit, although I managed to maintain top-10.  I'm not too surprised because this year has been going well and I was riding the best I have ever ridden on this course.  So I'm really pleased."