The Elevate-KHS Pro Cycling Team has finalized its 2019 roster with the signings of four new riders. Americans Eric Young and Kyle Swanson, Canadian Adam Roberge, and Ulises Castillo from Mexico join the team.

Two time Canadian U23 Time Trial Champion Adam Roberge joins the team from the Silber Cycling Team. "I'm more than thrilled to be a part of Elevate-KHS for the upcoming year. I have already received a warm welcome from riders and staff and I'm super enthusiastic about improving my racing ability. I'm confident that the team support will allow me to reach my 2019 goals which include winning an UCI stage race and scoring a top 5 at TT worlds," says Adam Roberge. 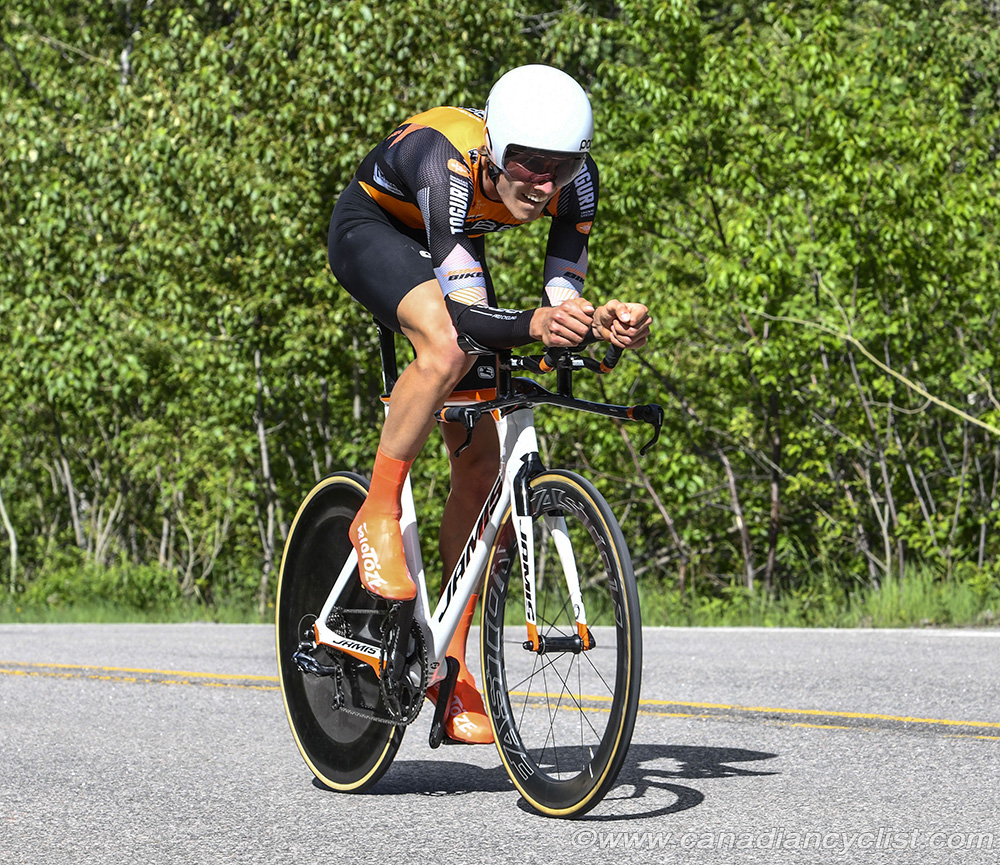 Despite being only 21 years old, Roberge represented Canada this year in the World Championships in Innsbruck, Austria, and at both World Tour races in Quebec and Montreal. "We started having conversations with Adam in June and could not be more impressed with his commitment and desire to reach the top of level of the sport. He is without a doubt already one of the best time trialist in North America, while his positioning and racecraft in road races continues to improve. Adam is really going to thrive in our positive team environment which focuses on teaching, communication, teamwork, and commitment to the details," states Paul Abrahams, General Manager for Elevate-KHS.

Two-time US PRO Criterium Champion Eric Young joins the team in 2019 coming from the Rally Cycling Team. Eric has proven himself to be one of the fastest sprinters in the US, winning stages at the Tour of Korea, GP Cycliste de Saguenay, Vuelta Mexico, Tour of Utah, and the Starsko Prolje?e in Croatia. "Eric brings a high level of leadership and hunger to our program. He is really fired up to prove he is still the fastest sprinter in America, and his commitment on and off the bike is unparalleled. We could not have picked a better leader for our younger riders to emulate," says Heath Blackgrove, Team Director.

"I am super excited for the opportunity to race with Elevate-KHS Pro Cycling team in 2019. It's a group of young, humble, and hungry bike racers that have proven to have the most committed lead out train in the US. I'm hoping to add my strengths to the team, share what I've learned with the guys, and make a bunch of new memories by winning some big races. The collaboration between the USA National Team and the Elevate-KHS will allow me to maximize my opportunities to earn a spot on the Olympic team for 2020."

Sprinter Ulises Castillo returns to the team after two years with the Jelly Belly Pro Cycling team. Castillo had solid results in 2018 on the international scene by finishing 2nd overall in the Tour of Xingtai in China and wearing the KOM jersey at the Ras Tailteann in Ireland for four days. Tour of Utah was a highlight stateside, with three top ten finishes and a 2nd place finish on Stage 1 finishing in Cedar City.

Neo-Pro Kyle Swanson joins the team from the Elbowz Racing team. The 21 year old Swanson had a breakout 2018 season, winning seven races, and he stood out as one of the top young talents coming out of Texas. "We are always looking to give young passionate athletes the opportunity to challenge themselves and become a part of our organization," says McAllister. 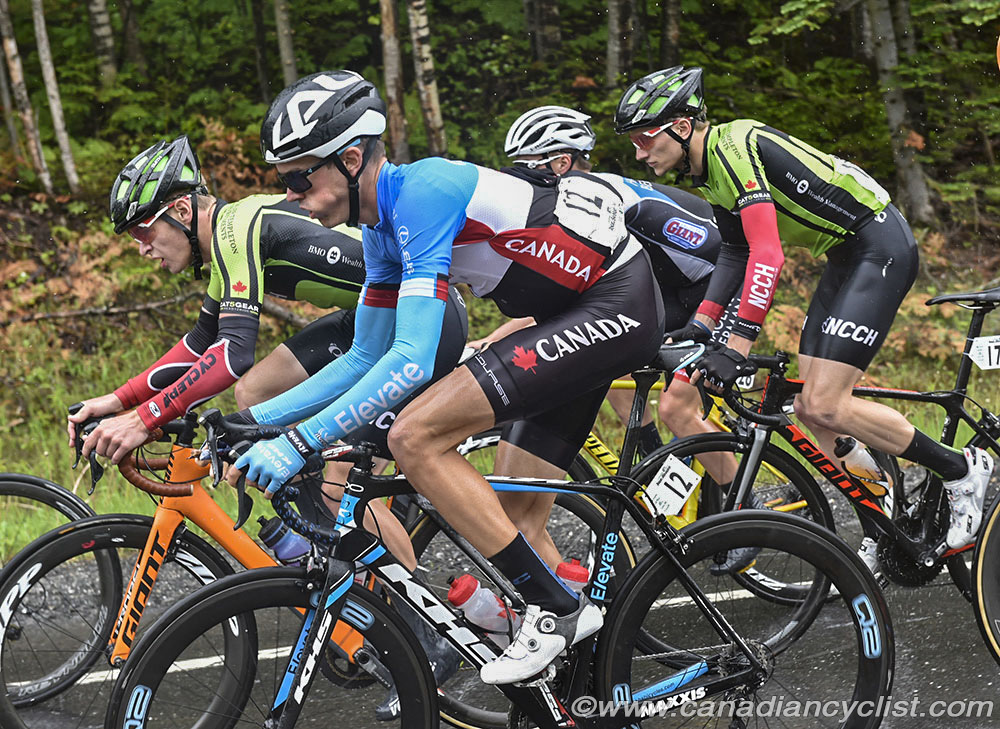 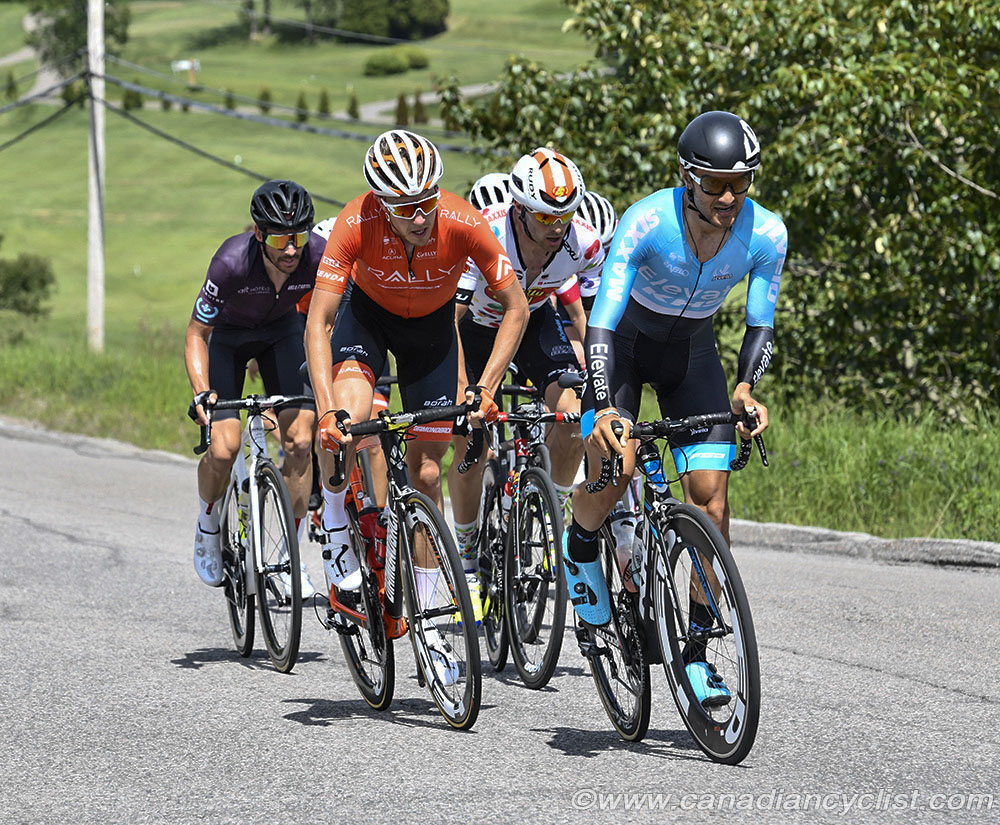 Among the returning core riders to the team are Canadians James Piccoli and Jordan Cheyne, and Americans Gavin Hoover, Brian McCulloch, and George Simpson. "These are truly the tough guys that do the dirty work which enables us to win races. The sprinters and climbers might receive the glory, but without our core group of strong guys chasing, pulling, leading out, getting bottles, and putting them into position, nothing happens. We are really excited about the roster we have created for the 2019 season and look forward to many victories this upcoming year," states Abrahams.