Canadian billionaire and cyclist Sylvan Adams has donated $2 million to go towards the refurbishment and addition of a roof to the Bromont velodrome.  The provincial government announced a plan last year to add a roof to the outdoor velodrome, however, there was a shortfall in funding to begin the project.

Adams, who is a partner in the Israel Cycling Academy pro continental team and was instrumental in bringing the Giro start to Israel, is a former world champion Masters cyclist who is also sponsoring a velodrome in Tel Aviv, Israel, where he now makes his home.

The Bromont facility uses the track from the 1996 Atlanta Olympics, which was installed in 2001.  It is used by Quebec-based athletes and is part of the Bromont national training centre, however, has been unusable in the winter months.  The new funding will allow the roof construction to go forward, although funds are still raised the complete the interior.  The velodrome will be named after Adams.

"After several laps, we are finally approaching the finish line," said André Michaud, president of the Quebec Federation of Cycling Sports (FQSC). "I do not have the words to express my gratitude for this act of generosity. Sylvan, on behalf of all current and future cyclists, I thank you. Thanks to you, they will soon have access to an infrastructure worthy of their talent and their ambitions."

"We must obviously highlight the extraordinary work done by the team of National Cycling Bromont, which is led by Nicolas Legault. They worked miracles."

Below, Sylvan Adams in his Israel Cycling Academy before the 2018 Giro start in Israel 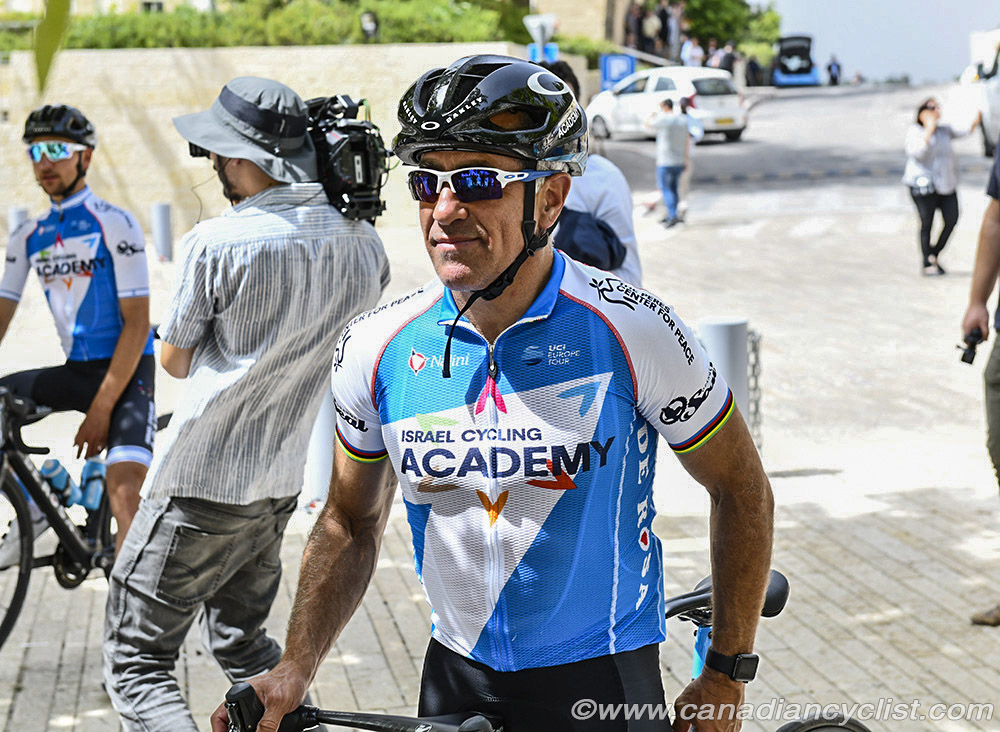