At the end of a pandemic-shortened season, Mike Woods and Leah Kirchmann were chosen by the readers of Canadian Cyclist as the Male and Female Canadian Cyclists of the year. This year is the 24th edition of these annual Peoples Choice awards.

Mike Woods of Chelsea, Quebec, won the men's award for the fourth consecutive time, after a season that saw him break his femur in the early part of the year before mounting a successful comeback in the Fall, highlighted by stage wins at the Tirreno-Adriatico and Vuelta a Espana (plus two second place finishes), third at La Fleche Wallonne and 12th at the world championships. We spoke with Mike at his home in Chelsea, where he is already preparing for next season. "It's a big honour, and I always appreciate it, especially considering that it is something that is voted on by fans. I take that especially to heart and I really appreciate their support." [Note: we will be publishing a longer interview with Mike] 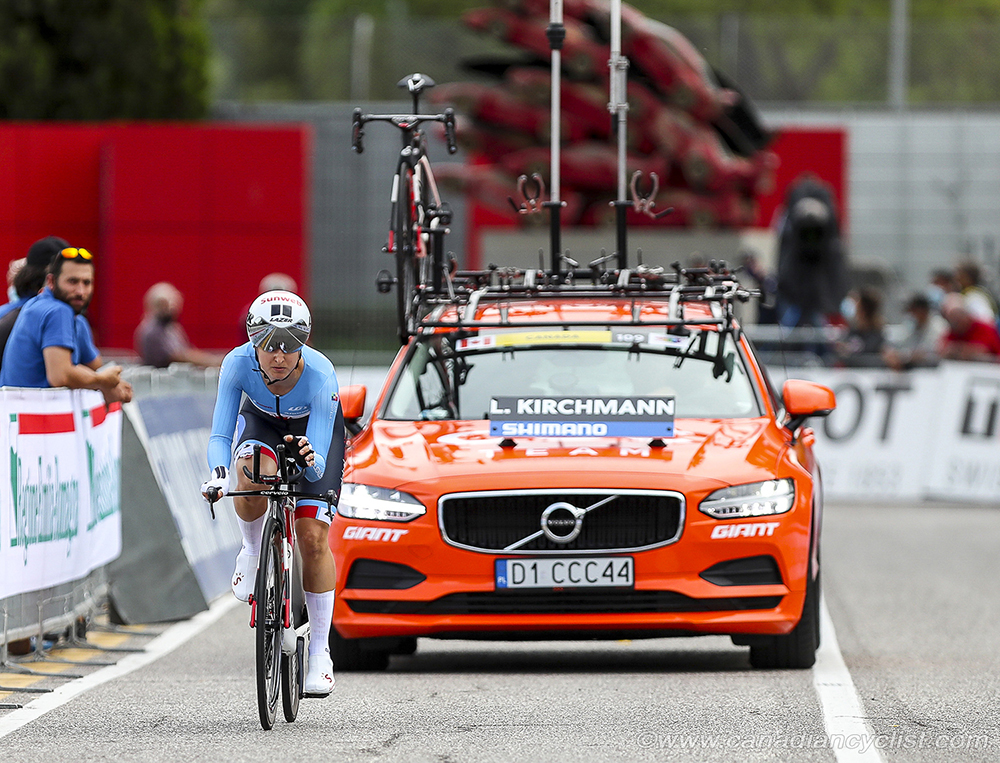 Leah Kirchmann was consistently strong through the split year of racing. The Winnipeg native, based out of Dundas, Ontario, began the year in Australia, winning the Points title at the Tour Down Under and finishing fifth in the Cadel Evans Great Ocean Road Race. When racing resumed in the Fall, she was fifth (Team Time Trial) in Stage 1 of the Giro Femminile, fifth in Stage 2 and fifth overall at the Ceratizit Challenge by La Vuelta, and finished the year ranked 23rd overall in the world.

"It is an honour to be chosen by fans as the top Canadian female rider!," says Kirchmannn. "I was grateful to have the opportunity to still race at the highest level during what was a challenging year for everyone. My hope was that cycling this year brought inspiration and entertainment to fans across Canada."

Tomorrow, we will announce the Para Female and Male cyclists of the year.