The day after the Champery World Cup, Canadian Cyclist stopped by the UCI headquarters (Called the World Cycling Centre - WCC) for a presentation and a tour.  The WCC is in the small town of Aigle, in the valley south of Lausanne, surrounded by the Swiss Alps.

On Monday, two-time Olympic champion Julien Absalon came to the WCC to present the bike he rode to the gold medal in Beijing last year to the UCI to become part of their permanent collection.  Absalon explained that the frame was the actual one he used in Beijing, but a number of the parts have been replaced since the race.  He also said that he intends to continue racing until at least the 2012 Games in London, England. 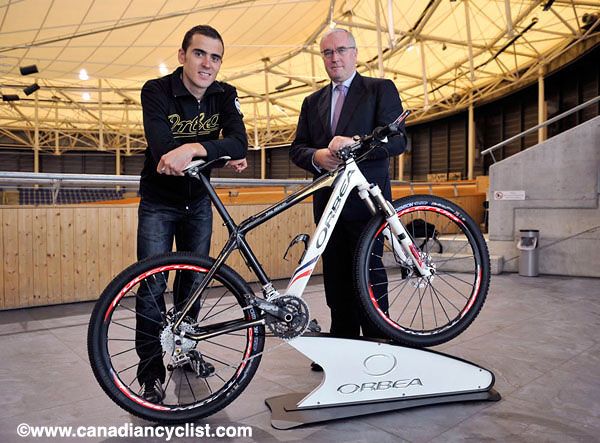 After Absalon left, Frédéric Rey, the UCI's Head of Sports and Activities, kindly provided an extensive tour of the WCC.  The UCI was originally located in Lausanne, home to the IOC (International Olympic Committee), but wanted to create more than just an office - a training facility to develop athletes, coaches, managers and officials.

So, in 1995 the organization began to develop a plan for the WCC, with the ground breaking for the Centre taking place in 2000, and the official opening in 2002.  Aigle was chosen because it off ers a variety of terrains for cycling - flat roads, small climbs, alpine climbs and mountain bike trails are all very close.

The Centre is made up of three distinct buildings that are tied together - a wedge-shaped office building, an oval for the 200 metre velodrome, and a rectangular gymnasium.  The latter is primarily used by the Swiss gymnastics federation since, in order to receive government funding from Swiss authorities, the facility must be multi-sport.  The entire complex is constructed of poured concrete - 7000 cubic metres, to be precise.  There are about 100 people working out of the WCC. 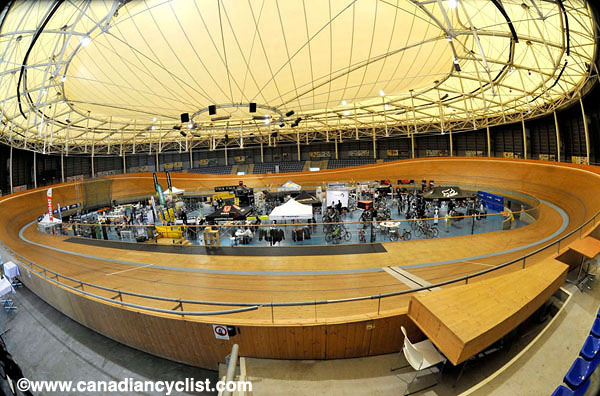 The velodrome, which is open to the main entrance atrium, uses a translucent double membrance fabric roof to allow light to enter.  Around the base of the track are a weight room, a fully equipped shop area and classrooms.  Outside next to the gymnasium is an Olympic-style BMX track.

Besides the administration of the UCI (which could have easily stayed in Lausanne), the WCC functions as a centre for the development of the sport.  Frédéric Magné, a seven time world champion on the track, is the director of the development program at the WCC.

"Cycling suffers from a lack of universality," he explains.  "In many parts of the world they do not have the resources to develop riders.  So, we are trying to develop a school to educate riders and coaches for the future of the sport."

The WCC currently provides training in three disciplines - track, road and BMX.  Athletes come from countries around the world to live and train at the Centre. 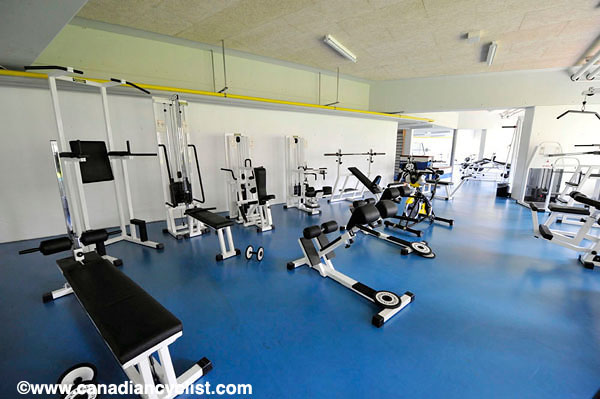 "We are targeting some [developing] countries with the potential for success," says Magné.  "There is a talent ID program, and if we see a promising rider, we contact the [national] federation and invite the riders to attend our program.  For developing countries we fund the cost of the program (developed countries, or riders from developed countries can attend, but the cost is borne by them)."

"Each year, we have approximately 100 riders go through our program; right now there are 70 riders from 33 countries.  We also focus on developing coaches as well, because one coach can touch 20 to 40 athletes.  From our start in 2002, about 700 athletes have been to the Centre."

"The focus is on training.  The athletes live in Aigle, five kilometres away from the Centre and come here each day.  It is a combination of resting, training and competition.  The number one goal is to develop talent."

The Centre has a long term goal of providing an academic program to go with the training, but right now it is limited to language lessons in French and English."

Magné also says that a formal program for coaches is under development, but that for a number of developing nations, the coach is invited to attend with the athlete.  They also provide instruction in basic mechanics to the developing country athletes, since they are often without outside resources, once they return home.  Future plans include mechanic programs, and an extension of the current courses offered to commissaires.. 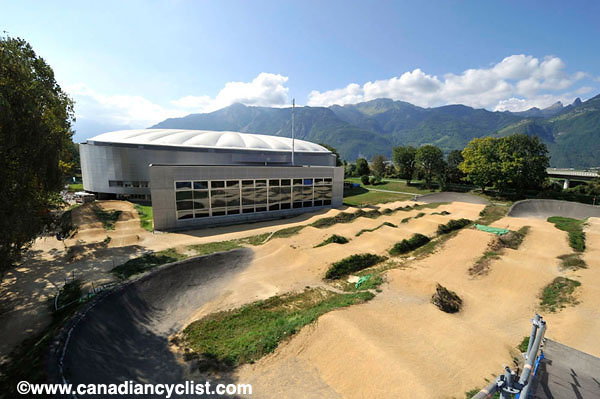 This November, the WCC will also introduce the Directeur Sportif Programme.  The four day course, developed in conjunction with Scott Sunderland, is designed to raise the level of professionalism among team directors, working on management, logistics and technical skills.  Each intake will consist of 20-25 participants.  The certification will become mandatory for ProTour team Directeur Sportifs at the end of 2013, and for Pro Continental team D.S.'s as of 2015.

"It is part of our mission; to raise the level of the sport," explains Alain Rumpf, the UCI's ProTour Manager.

Overall, I came away from the World Cycling Centre quite impressed with the facilities and the goals of the UCI. 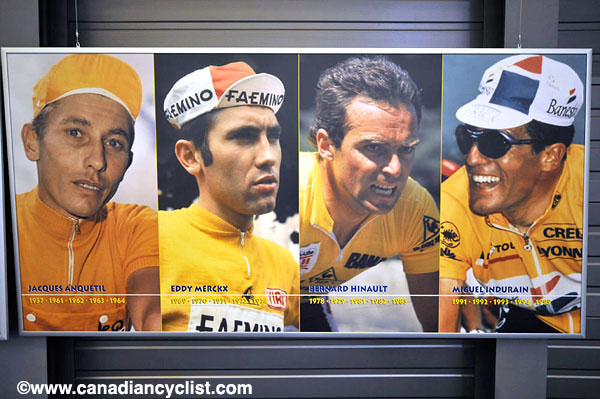