The Canadian Track Cycling Team had a successful first day of training at the LA Home Depot Centre.  There are a large number of fully funded and self-funded athletes participating in the training camp.  Never before has a camp shown this much interest and is a testament to the strength and energy of the Canadian Track program. 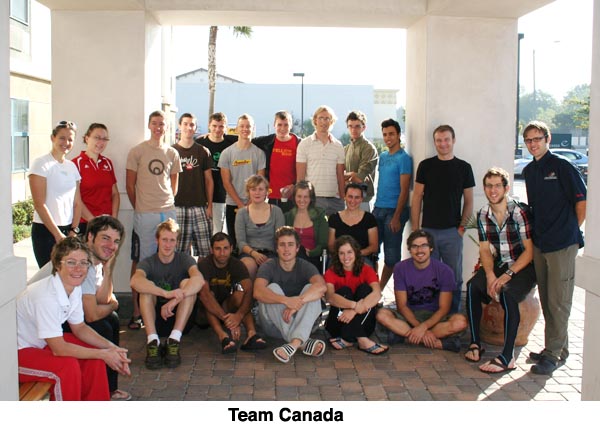 All the riders are out to impress the coaches, their teammates, and themselves as this camp will serve as a selection event for the World Cups in Cali, Colombia in December and Beijing, China in January.  It is also an important part of their development, as the camp provides quality training time on a quality track with elite riders who are pushing each other to ride faster.  These camps are scheduled throughout the year to support the athletes' goals of improving and working towards being successful on the international race circuit and is an opportunity that has been lacking in the past. 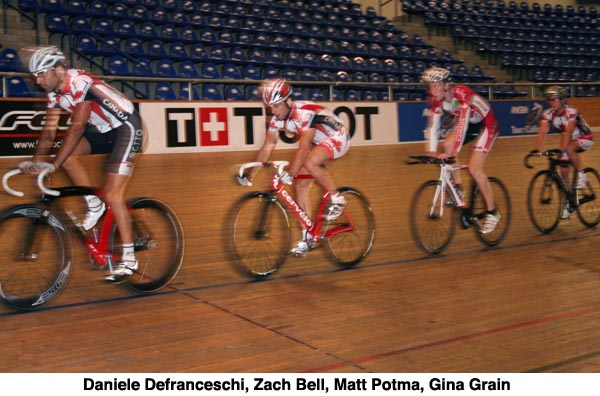 Athletes tested themselves over distances of 500 meters and up to 20 minutes of effort, followed by video analysis and new recovery techniques, including the introduction of hydrotherapy pools.  Jacob Schwingboth (BC) enjoyed, "going all out and super fast, it's what track cycling is about. It's cool to train with some Olympians as well" as Zach Bell (YK) and Gina Grain (BC) are back on track after taking some time off the bike before getting ready for the upcoming World Cup scene. 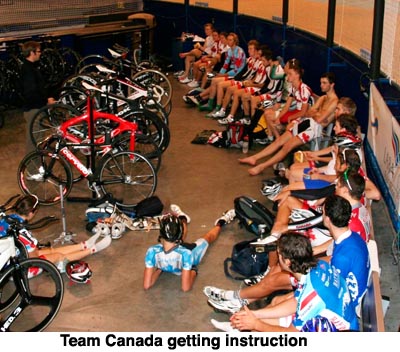 Young guns David Boily (Que) and Jacob Schwingboth, both under 20 years of age, are also using this camp to prepare for the first two World Cups.  These young riders are showing to have a bright future and are being faced with a tough challenge.

Boily has represented Canada at the 2009 U23 Road World Championships and at the international track race Caracol de Pista in Colombia at the beginning of October.  He will be going directly from LA to Manchester, England for the first World Cup.  Schwingboth represented Canada at the 2009 Junior Track World Championships in Moscow, Russia last August, and will be heading to Australia for the second World Cup in November.  It will be a big stepping stone for both endurance riders and the experience they gain from the level of racing at the World Cups will be invaluable.

The Canadian Team tested out their new Electric Bike on the Velodrome in LA on Day 2.  The converted motocross bike is an important training tool that was designed especially for the Canadian Team by Electric Coast Vehicles out of Vancouver.  It has the ability to do upwards of 60 km/hr for an hour before the battery needs to be charged and has good acceleration ability for sprint workouts. 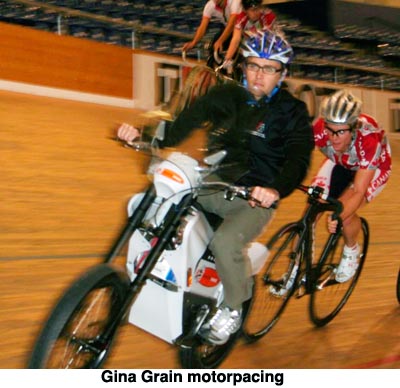 Laura Brown (BC) found the sessions "really fast and really fun. I know I was seeing stars by the end."   Mark MacDonald (AB) compared the intensity of the workout to the 6-Day races he competed at in Italy and claimed that the motorpace session "was the most fun I have ever had on a bike!"

Gina Grain, a 2008 Olympian from BC, is enjoying being back on the bike after some time off and is relishing in training in a large group.  "The value of training with a selection of talented riders in Canada benefits everybody, and is critical to pushing ourselves beyond our limits.  The vibe here is truly that everybody wants to get better, no matter what level they are at.  This camp is the first that I have seen for Canada that is a step in the right direction to develop our riders to be competitive on the world scale."

The camp continues today with more motorpacing sessions behind the Electric Bike. 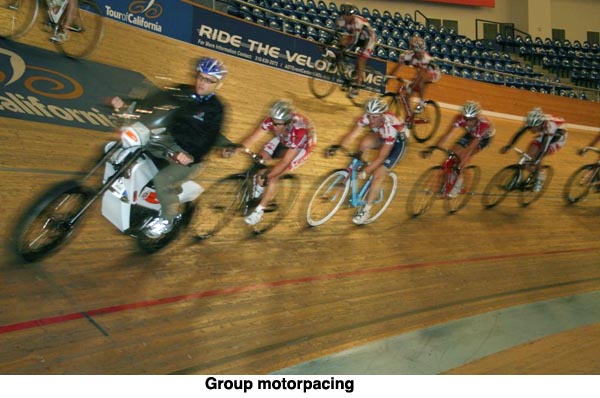