For many of the riders at the CCA training camp at the LA velodrome, the track has become a second home as they have used it as a winter training base this year; however, there are a few who are experiencing a world level, 250 meter indoor track for the first time, including Erik Mulder.

“This was an exciting day for me because this is the first track I have ever ridden outside of the Burnaby velodrome ... Overall it was a tough day, at least for me it was, but everyone was riding well and fast and I am looking forward to the rest of the week.” 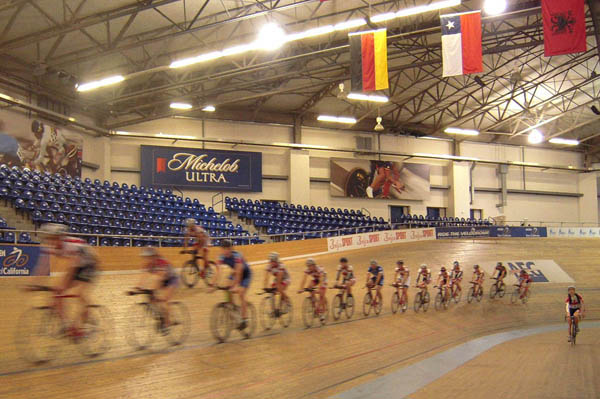 The focus of this camp is on the team pursuit with the main objective of today’s session being “pacing and learning how to keep the pace times steady, no matter which group or ability you were riding with. It was good to get back doing some harder efforts in all the groups and I think everyone’s legs were feeling a bit tired from the travel and workout yesterday” commented Allison Beveridge, who is happy to be moving on a bike after spending the Calgary winter on a trainer. 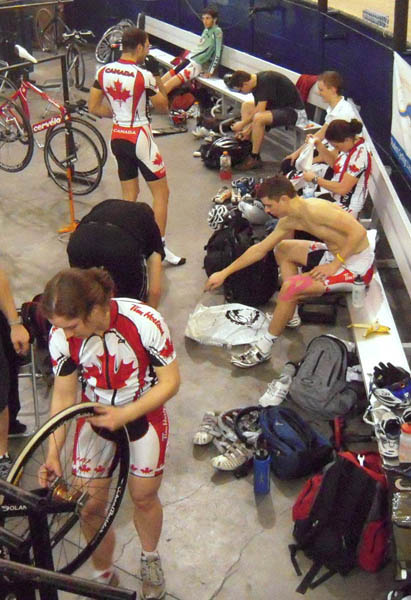 Emile De Rosnay, another newbie to the Canadian Track camps this year agreed with Allison, “One idea that got cemented in on the second day was the need to pace steadily; there is often the tendency to want to accelerate when it's your turn at the front, but this can slow the whole team down in the long run. Sometimes you think you're going too fast, but it's not enough, and vice versa. Experience is what will give us the ability to determine what is steady and strong. I can sense that the Canadian pursuit team is going to get way faster leading up to 2012.”

Daniele Defranceschi, who has been a part of almost every CCA track camp over the past year and a half, can “see that we have gotten faster, and I know that I can handle a lot more work than I was able to last year. This is a huge gain in my mind. Maybe it's the recovery technique we've learned, maybe it's the adaptation from the training itself, but whatever it is, the investment that has been put into training over the last year and a half is starting to show. Yesterday I set a PB [personal best] for a standing 500m which shows raw power, and today the 1500m efforts that were done above race pace were much easier than before. There is much more work to be done, and I'm looking forward to doing it with my teammates.” 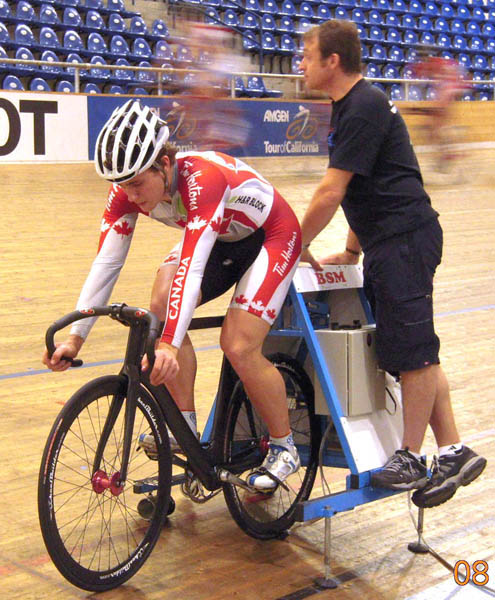