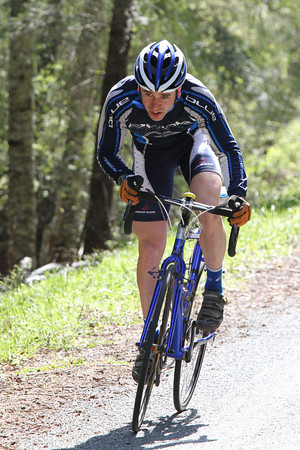 The sun was shining, the birds were chirping and overpowering it all was the sound of human lungs whooshing like bellows. It was the sound of the third round of the Victoria Cycling League. For many Sunday is a day of rest but for 39 cyclists in Victoria last Sunday was a day of work. It was the Neild Rd. Hill Climb and while eyes were certainly pointed heavenward and more than one “prayer” was spoken it was all focused on getting to the top of this 2.5km climb as fast as possible.

Neild Rd is one of those deceptive hills. It starts out gently luring you in to putting in a bigger effort than you should and then just as you realize you are nearly spent and only half way up it rears up and smacks you in the face! The lower half has a grade measured in single digits but as you get past the half way point the grade keeps ticking up. First 10%, then 11%, then 12% then 13% (13% is where this intrepid reported stopped being able to see colour). It doesn’t stop there though and the accent continues topping out at a morale crushing 16%. As you reach 200 meters to go you are at the crest and there is a short flat section and even a small descent before the last 50meters climbing to the finish.

Sunday saw 14 take part in the A race, 18 in the B race and 7 in the women’s race. It was the largest turnout for some years and a great sign for cycling in Victoria.

The A race was won by Daniel Sessford (Blue Cycles) with a mind-blowing time of 7:36 – done on his cyclocross bike!! Daniel was followed in by Steve Bachop (IRC) at 8:04 with Bruce Schlatter (Tripleshot Cycling) rounding out the podium with a time of 8:07. 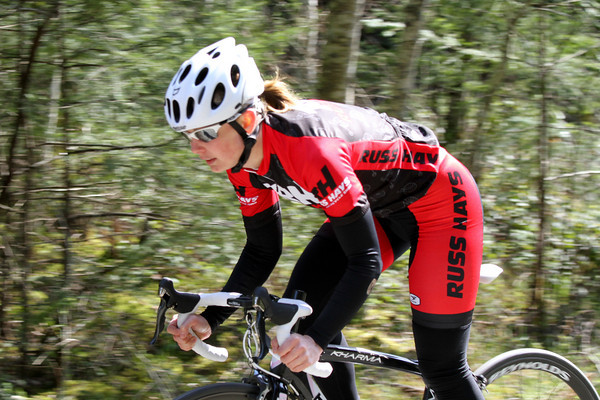 In the women’s race Shaille Sanbrooks (Russ Hayes) set the early pace and held on to win with a time of 9:55 followed closely by Annie Ewart, racing in her first year with the Trek-Red Truck Team, at 9:59. The final step on the women’s podium went to Maya Munzar with a time of 10:32. 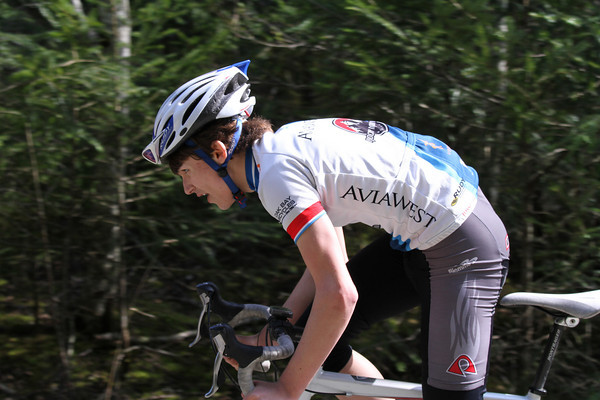