For the first time since 2002, the Team Relay has returned to the Canadian Mountain Bike Nationals. It was an extremely well-received event, with 14 teams registering for the championship category, and four for the club category (the official championship is only open to provincial or CCA registered teams). 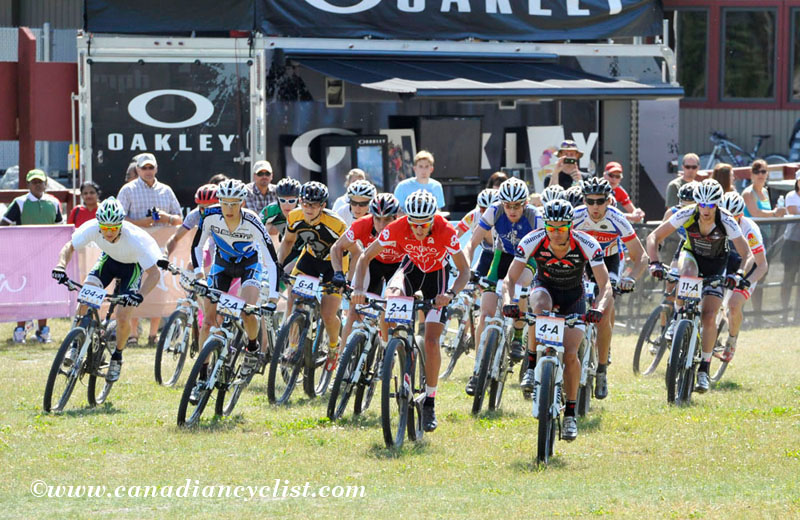 From the beginning the race was a battle between Team Ontario 1 and Team B.C., with Ontario taking the title. 3 Rox Racing, anchored by World Cup pro Derek Zandstra, made a late charge to bump B.C. out of the silver medal position in the last half lap.

Evan McNeely got Ontario off to a blazing fast start, recording the fastest lap of the entire day. B.C.'s Neal Kindree came in 12 seconds behind McNeely for second spot going into the next lap, followed by Tyson Wagler for 3 Rox Racing, 36 seconds behind. After the second lap, Evan Guthrie had moved B.C. into the lead by a few seconds. 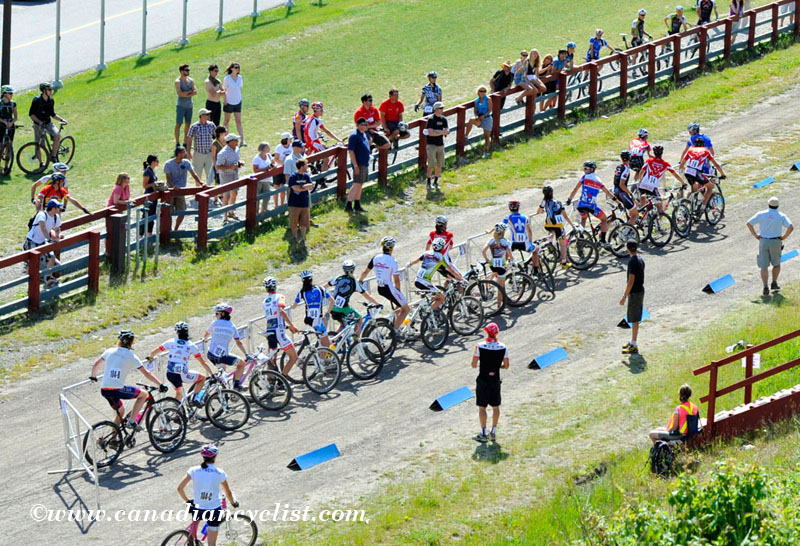 Lap three saw B.C. extend their lead, as they sent out their Junior man, Quinn Moberg, while Ontario went with their woman, Emily Batty. However, Batty's time was a respectable sixth fastest for the lap, so the Ontario anchor Adam Morka, who had finished fifth in the Elite men's XC a day earlier, started only a minute behind B.C. woman Mical Dyck. Morka passed Dyck on the main climb and cruised in for victory. [Note: see our video interview with Adam Morka below] 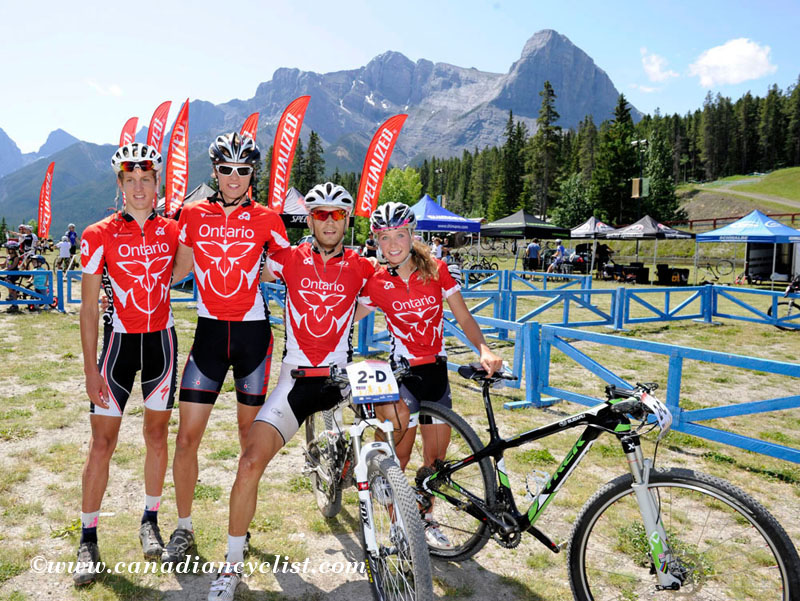 Meanwhile, 3 Rox Racing, after falling back when they sent their female rider Amanda Sin out on the second lap, was catching up. Junior Men's champion Marc-Antoine Nadon rode third, and then Zandstra rode anchor. Zandstra was up to third by the mid point of the lap, and caught Dyck on the last climb to move the team up to silver.

- The winners received a banner proclaiming their title, plus each rider received embroidered patches to put on their regular team jerseys.