We are one day away from the start of the Track World Championships in Melbourne, Australia.  Normally, this would be the concluding highlight of the track season but, of course, with the Olympics taking place in four months, this is as much a further training run for many countries as it is a major focus of the season. 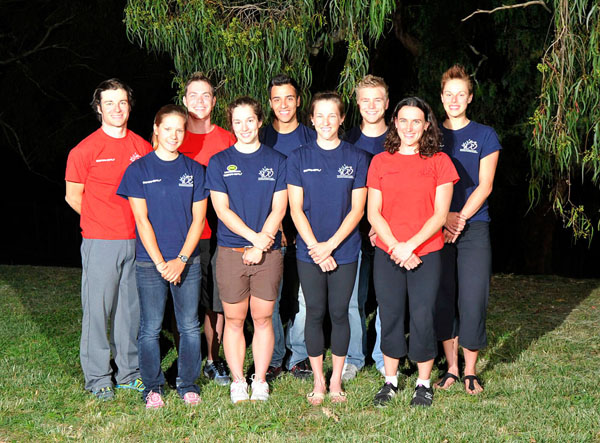 All the top competitors are here, with the exception of Jesse Sergent (New Zealand) and a few other road pros, who are racing the Classics in Europe currently.  Canada sent what will likely be the Olympic squad. 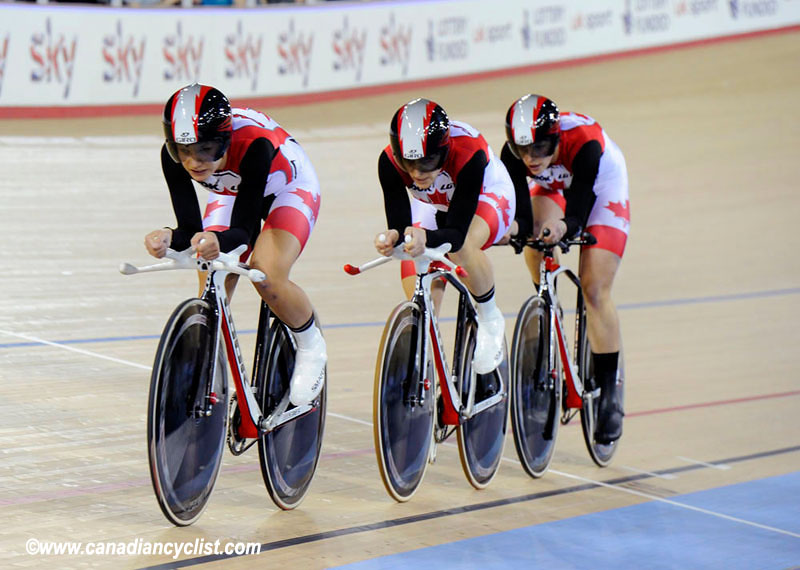 Canada has to be considered one of the favorites for the Team Pursuit, after finishing second to Britain at the London World Cup/Olympic test event, where both squads broke the old world record.  Whitten will also be a medal contender in the Individual Pursuit - her best event at the London Omnium.  In the Omnium, where Whitten is the two-time defending world champion, it will be a surprise if she does not podium, however, defending the world title is not the primary focus for Whitten this year.  The final member of the Canadian women's contingent is Monique Sullivan, who will contest the Sprint and Keirin - both events she won recently at the Pan Am Championships.  Sullivan will be looking to confirm a Canadian spot for the Olympics in both of these events.

“The individual pursuit was my first love in the sport of cycling, so I am really excited to come back to it at these World Championships,” said Whitten. “In addition, our Canadian team pursuit program had a breakthrough performance at the London World Cup, so we are really excited to have another opportunity to show what we can do.” 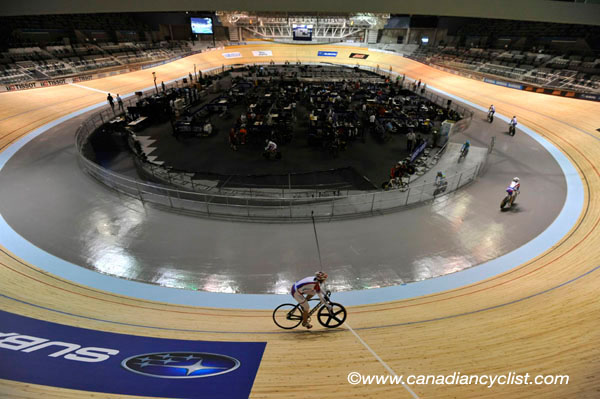 View of the Melbourne track

The men's team consists of Zach Bell for the Omnium - where he is always a medal contender - plus the Team Sprint squad of Travis Smith, Hugo Barrette and Joe Veloce.  Canada is still battling for an Olympic spot in this discipline, and the squad will have to beat both Venezuela and the U.S. to realistically have a chance.  Smith and Veloce will also contest the Sprint.  The Team Sprint is the only event that Canada is entered in for the opening day.

The main focus in the local media is a tremendously hyped battle between perennial rivals Australia and Great Britain.  The most amusing has been the oft-reported comments by defending Olympic sprint champion Victoria Pendleton (Great Britain) about her Australian rival and defending world champion Anna Meares, about how unfriendly and dirty a racer Meares is.  Also making the news is that Australian Keirin and Sprint man Shane Perkins got hit by a car, injuring his arm and bruising his butt.  He was training yesterday. 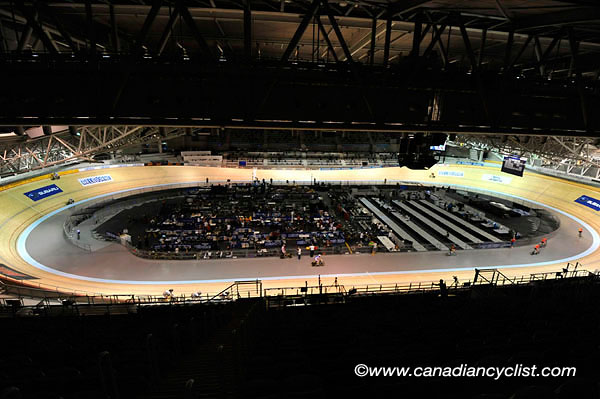