Trek World Racing's Willow Rockwell (USA) has announced that despite her best efforts to return to the sport of mountain biking after taking time out to have her daughter, the reality of the situation is nothing like she had imagined. In this past week Willow has decided definitively that it's time to stop racing for good and focus on her new family.

Recent experiences at the opening round of the World Cup and in training back home have acted as wake up calls for Willow who's found herself needing to be honest about being able to push herself so hard whilst also being the mother of a new-born baby. 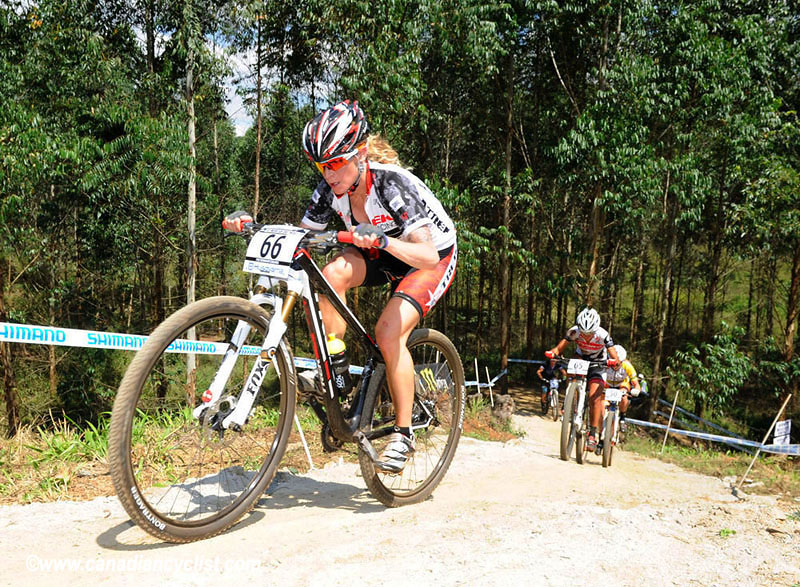 The 34 year old has had an illustrious career in the sport which has included 2 bronze medals at the World Championships, as well as numerous Continental and National Titles, and was ranked as high as No.2 in the world on the UCI rankings in 2011. As ambassador for Trek and Gary Fisher bicycles, there are very few athletes who have given so much, since her first days with the Subaru-Gary Fisher program, which she joined in 2005, through to joining Trek World Racing at the beginning of last year. Willow has always been a top professional for all of her sponsors.

Willow released a statement which in part says: "After much soul searching, and many tears, I have decided to end my mountain bike racing career. I committed to racing for 2012 before having my child. There was no way I could have predicted the changes that have occurred within me. Thank you for your support during this time of intense decision and transformation. I especially thank my Team Manager Martin Whiteley and my team, Trek World Racing, for understanding that sometimes life has other plans. Enjoy every moment on the bicycle, for every moment adds up to create your life!"

Team owner Martin Whiteley says: "It's true that we are sad not to see Willow racing in our team colors again, but it is equally true that we are fully supportive of her decision, and we are grateful for every day we had Willow with us on the team. Eternally positive and a great spirit, she will be missed not only from our family, but from mountain bike racing in general."

Willow's retirement is effective immediately and she will not appear at this weekend's World Cup event in Houffalize or the Sea Otter Classic as previously planned. Trek World Racing has no plans to replace Willow for season 2012. Willow's husband Myles continues with the team in his highly valued role as Downhill Rider Liaison.