After a month-long break, the Rockyroads.net UCI Mountain Bike World Cup presented by Shimano resumes this weekend in the new venue of Val d'Isere, France, for the final round of the Cross-country series, and the penultimate round of the Downhill.  Fittingly, it is the site of the alpine ski run for the 1992 Winter Olympics, since this World Cup takes place on the opening weekend of competition for the London Games.

Two weeks before the Olympic cross-country, Val d'Isere will provide a final tune up for the Olympic-bound athletes.  Almost all of the Games riders have registered to compete in Val d'Isere, so this will also offer an interesting opportunity to gauge the form of the riders.  One rider who, sadly, will be missing is Maja Wloszczowska (CCC Polkwice).  The 2008 Olympic silver medalist broken her foot a week ago at a pre-Olympic training camp in Italy and will miss both this race and the Games. 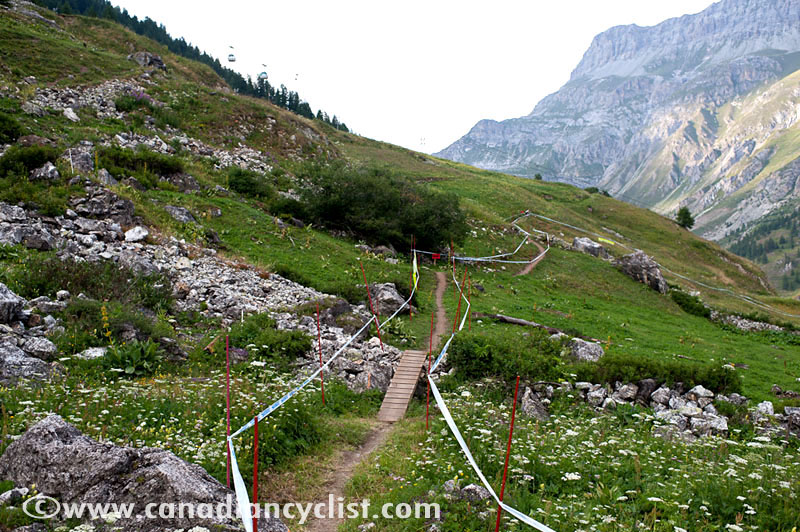 The Val d'Isere course is less technical than the previous rounds in Mont Ste Anne, Canada, and Windham, New York.  Offering no major climbs, it follows a figure eight, with the first loop up the valley bottom lasting three kilometres. The second loop in 1.9 kilometres and takes the riders into the town centre over some man-made features and then up a short single track climb. It is narrow, so passing may prove tough, but it should be fast with little to separate the riders. With a lot of the course winding through the event centre and town, it should make for good spectating. 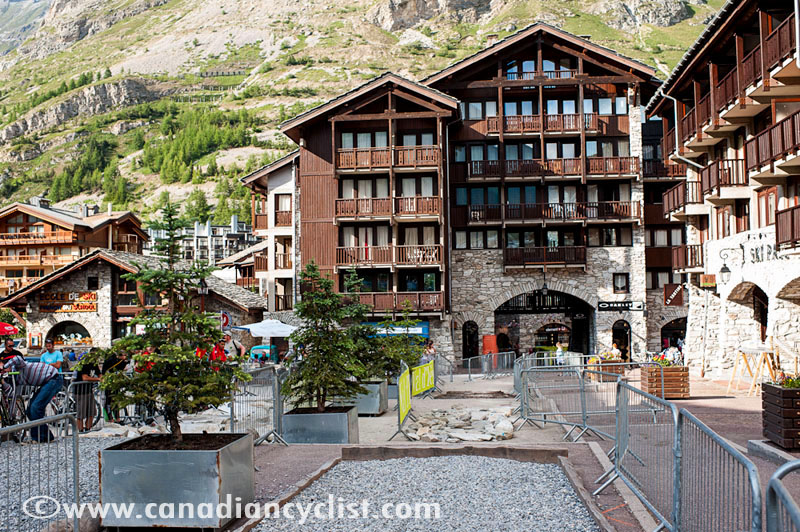 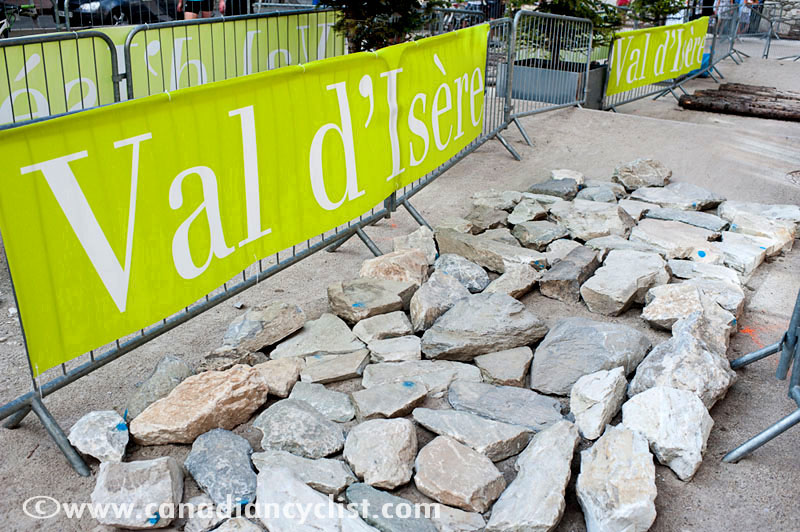 Catharine Pendrel (Luna) has already won the women's cross-country, with an insurmountable lead after back-to-back wins in the last two rounds, but look for a resumption of the ongoing battle between Pendrel and the 2011 World Cup champion Julie Bresset (BH-SR Suntour-Vallandry Peisey).  Others looking for podium spots will be Pendrel's team mates Georgia Gould and Katerina Nash, plus Pendrel's fellow Canadian Olympian, Emily Batty (Subaru-Trek).

On the men's side, the race for the title is still open.  Nino Schurter (Scott Swisspower), fresh off winning the Swiss national title, still leads the standings, despite not competing at the last round in Windham.  However, his lead has shrunk to a slim 12 points over Burry Stander (Specialized).  Stander's team mate, Jaroslav Kulhavy, also has a slight chance of over taking Schurter to defend his 2011 World Cup title.  Another rider to watch will be the great Julien Absalon (Orbea), the two time defending Olympic champion.  Absalon skipped the last two rounds of the World Cup to go into Olympic preparation, but won the fourth round, also on French soil, in La Bresse.

The Downhill is quite different from previous rounds.  At under two kilometres in length, it is a completely open, rocky alpine run, with no tree cover.  It will make for excellent TV coverage, and the whole course is visible from the finish.  The route follows the infamous Val D'Isere Olympic downhill ski route. It starts just 200 metres below the Super G start from the 1992 Albertville Winter Olympics and passes through a very famous passage called the Ancolie, a narrow, steep gulley between towering cliffs. From there the course is wide and fast, with flat corners and few man-made features. The course enters the finish below the Olympic torch monument and hits a final large wooden drop into the finish bowl. It's going to be love or hate for the riders.

Neither the men's nor women's titles are decided, so there is still a lot on the line.  Rachel Atherton (GT Factory) moved into the lead of the women's series at Windham with her third victory of the season.  Atherton is now 30 points ahead of former leader Emmeline Ragot (MS Mondraker), who will be looking to regain the lead on home soil.  Others to watch will be Australian champion Tracey Hannah (Hutchinson United Ride) and Myriam Nicole (Commencal/Riding Addiction).

The men's title may be mathematically still open, but the 295 point lead of American Aaron Gwin (Trek World Racing) means that his competitors have virtually conceded a repeat World Cup title to Gwin.  With four wins already this season in five events, the question will be whether Gwin can match last year's five wins here.  However, Greg Minnaar (Santa Cruz Syndicate), the only rider to beat Gwin on the World Cup circuit in the past two years, cannot be counted out by any measure.  Gee Atherton (GT Factory) and world champion Danny Hart (Giant Factory) should also be strong podium contenders.