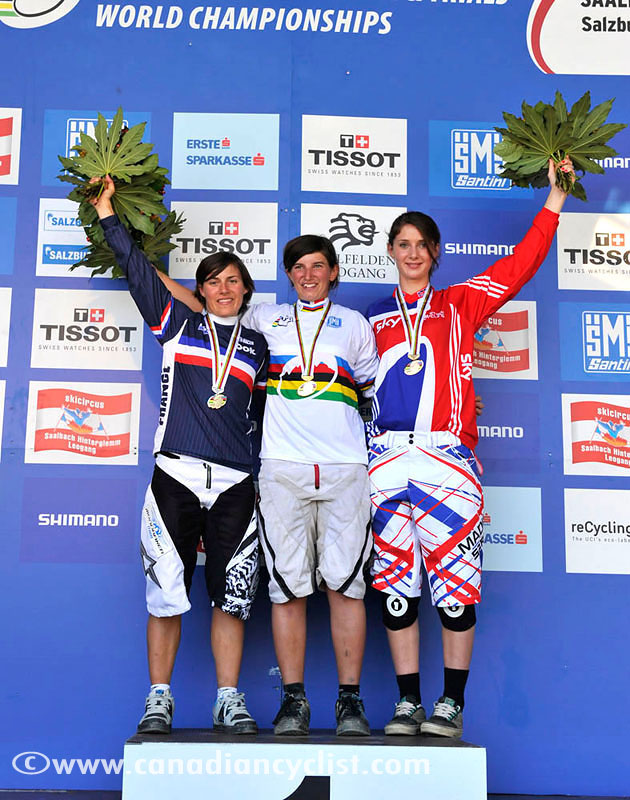 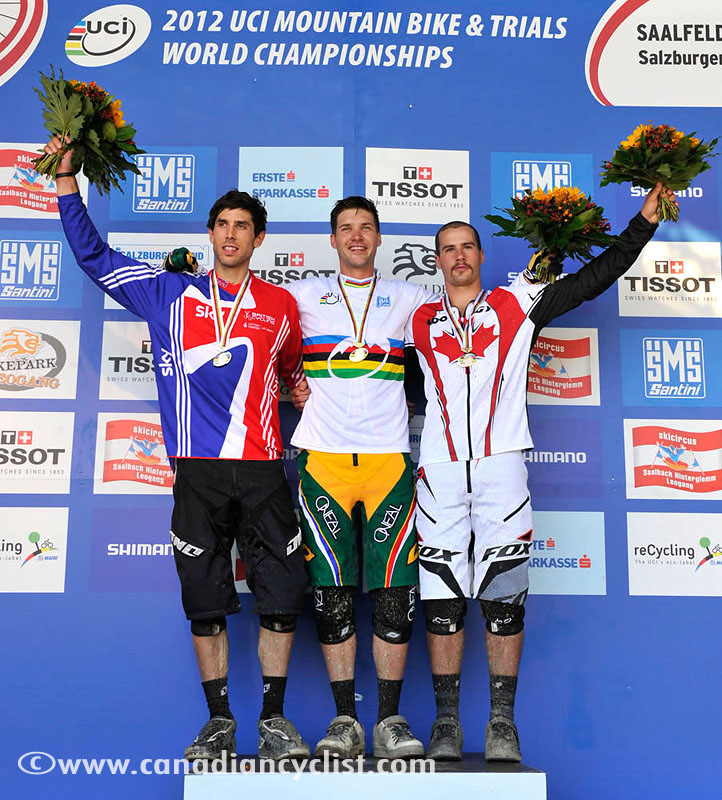 In the Junior men's race, Canada did not fare as well.  France's Loic Bruni, a World Cup podium rider easily took the victory, ahead of Richard Rude Jr (USA) and Connor Fearon (Australia).  Canada's McKay Vezina qualified a day earlier with a strong sixth place, but after having to take a rerun (along with Rude) when a rider crashed on the course ahead of them, he then flatted on his next run.  The top Canadian finisher was Forrest Riesco in 25th.
Results
Junior Women
Junior Men
Elite Women
Elite Men