Last night, an opening salvo in the efforts to raise the final $5 million needed for the 2015 Pan Am velodrome in Milton was held in downtown Toronto.  Attendees included local members of the cycling business community, cycling club presidents and numerous former cycling stars, such as Curt Harnett, Steve Bauer, Michael Barry and Andrew Randell. 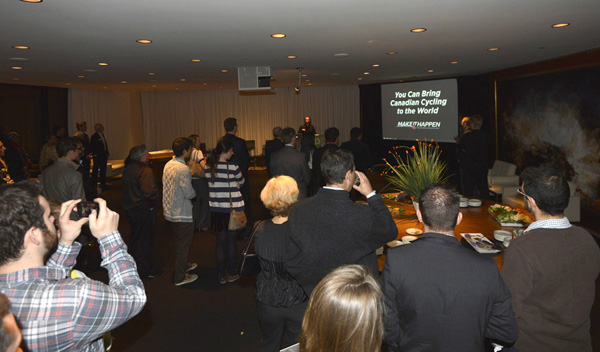 A good group of the local cycling community attended

The evening was not designed to solicit funds on the spot (although they would have been accepted), but to kickstart the effort to engage the local cycling community in the project - both to raise funds and to discuss ways to continue to keep a velodrome relevant after the Pan An Games have finished. 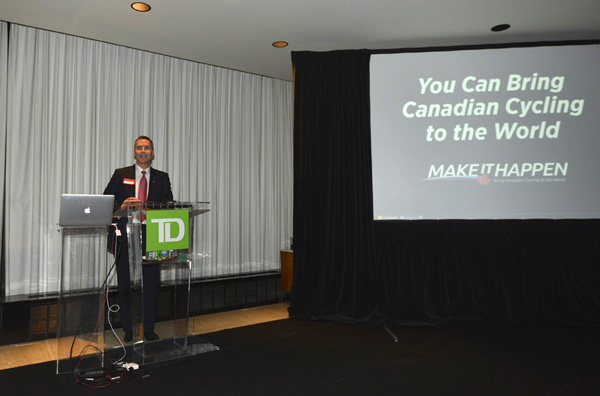 A panel consisting of Harnett, Bauer, Paris2Ancaster organizer Tim Farrar and Morning Glory club founder Fraser Chapman discussed some of the fundraising programs they will be involved in, as well as Bauer and Harnett talking about how important the track will be to the development of cycling in Canada. 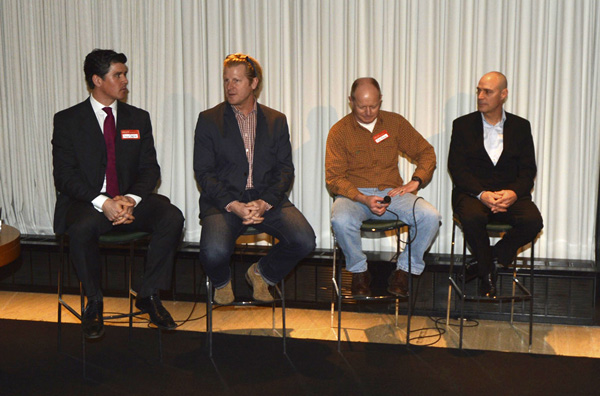 While the evening was short on specifics, it was a good start to getting the cycling community involved in, and taking ownership of, the velodrome.

How to get involved in Funding

• Create awareness - become a friend and champion of the Milton Velodrome.

• Support - sponsor a portion of the venue with a naming opportunity.

• Fundraise - run a club or group event or program to raise funds for the Milton Velodrome.