The 2014 Rabobank-Liv Women's Cycling Team was introduced recently at Rabobank's world headquarters in Utrecht, The Netherlands. Liv/giant, the cycling brand dedicated to women riders, returns as the co-title sponsor this year. 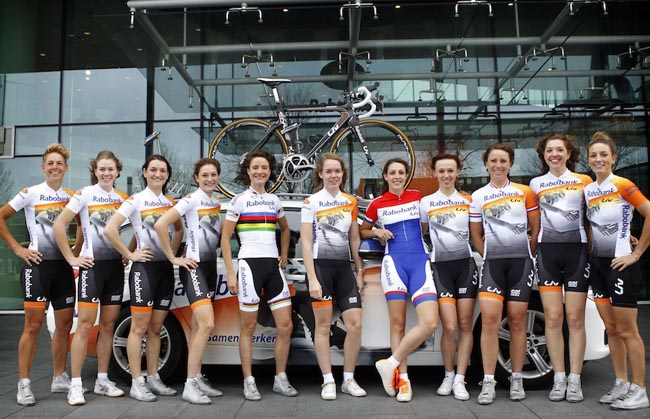 As for Vos, the Dutch superstar had another incredible season last year, winning world championships in both road racing and cyclo-cross, and repeating her title as the women's Road World Cup winner. In all, she won more than 20 races.

In 2014 the team will race primarily on the Liv/giant Envie Advanced bicycles. And beyond the bikes, riders are relying on Liv/giant gear and apparel for everyday training and racing.

"The women of the Rabobank-Liv team are great ambassadors for our brand and for the sport of cycling in general," said Bonnie Tu, founder and CEO of the Liv/giant brand. "And our process of developing cutting-edge, beautiful bikes and gear for champions like Marianne Vos really helps us produce inspiring products for all women riders."