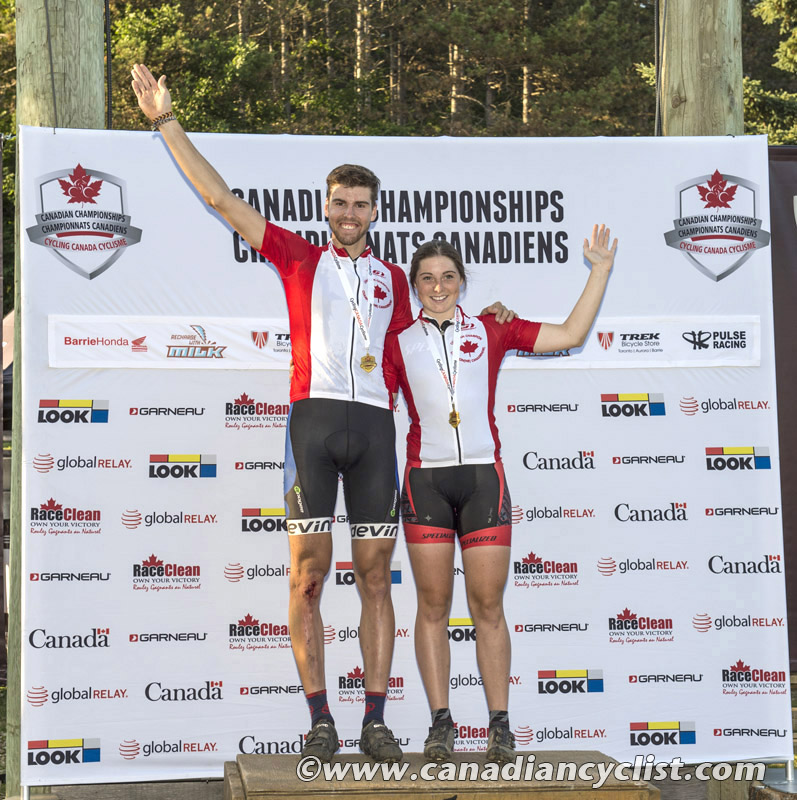 Léandre Bouchard won the men's race by a large margin over Rhys Verner (Cycling BC), with Adam Morka (WFP Coaching-Trek Bikes) taking third.  One of the favorites as the defending champion, Bouchard easily went on to win each of his elimination rounds, after posting the fastest time in the qualifier. 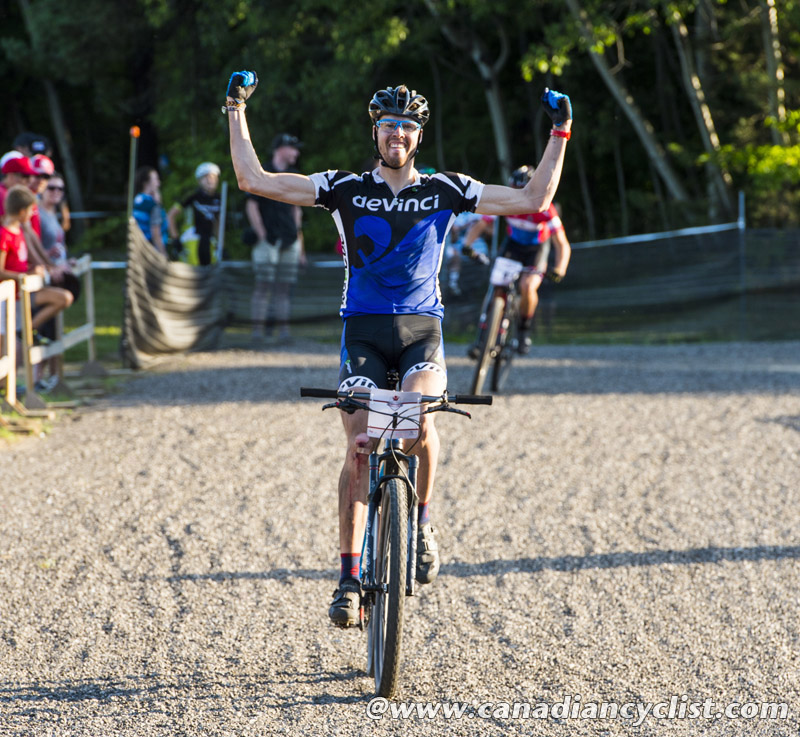 "Mission accomplished. I am very satisfied with the win. The Eliminator is often unpredictable. So I was a little worried. The caliber here was very strong. Even though I won all my elimination rounds, I struggled a few times," said Bouchard.

Bouchard came for this race with a target on his back, being the Canadian champion and the only Canadian in 2014 to have qualified for the World Cup final in the event: "I think my World Cup results were to my advantage here. It was obvious that coming in as the favorite, and I wanted to retain the title this year. I wanted to make sure I win all my rounds arriving at the final. The most important thing for me was the last race, the final race of the day."

In regard to the course, Bouchard found it more difficult than last year. "The course was very long, so it became a little lactic towards the end. The start was very important here, since there was not much room for passing. All the races started very quickly."

Bouchard went into the first wooded section in third, but took over the lead when early leaders Samuel Tremblay (Rocky Mountain Procycle) and Morka collided and went down, after Morka tried to overtake in a tight corner.  He then mainted a ten metre lead over Verner all the way to the line, with Morka's late charge not enough to overtake the first year Junior from BC.

For Bouchard, the cross country race on Saturday is more important. "This year, I hope to win the title of the U23 category. It is my goal here. Early in the season, I did well, and I'm ready for the race. Everyone wants to win the Canadian title, for its prestige and for the Canadian selections that will compete at the World Championships." 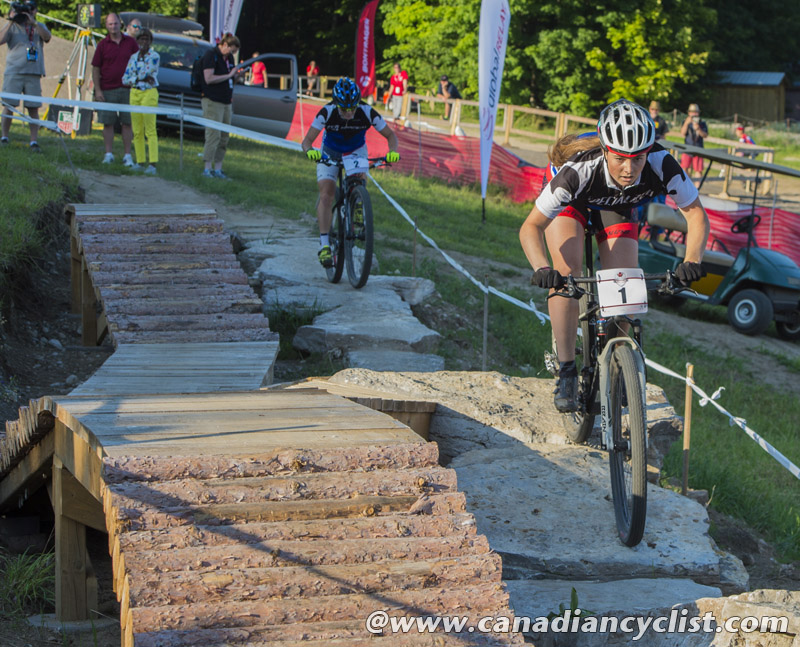 Elodie Bernier leading in the final

Elodie Bernier, a first year Junior, competing for the very first time in the Eliminator race, was the fastest qualifier for the women, and took the title after winning every heat.  From the qualifying time trial 16 women raced in the heats. She outraced two of her Equipe du Quebec teammates, Cindy Montambault (CVM 2 VALS) who came in second and Catherine Fleury (Cyclone d'Alma-Équipe du Québec) who took third place.

"I'm happy, I did not expect this win. I am very impressed. This is my first experience in the Eliminator. I am the current Quebec provincial champion in the sprint event, but it was very different here. I'm happy. There were good athletes here, including the 2013 Canadian champion. I trained hard for this race because it was my goal. I did a lot of intervals, and I practiced my starts a lot too," said Bernier, visibly thrilled with her performance on the track today.