The legendary Sea Otter Classic made its first appearance in the USA Cycling's US CUP Presented by Cannondale Mountain Bike Race Series, stepping in as the penultimate round of the five-race series. The marathon-style course of two long laps proved a challenge for many of the world's elite mountain bike professionals, with Nino Schurter (Scott-Odlo) and Catharine Pendrel (Luna Pro Team) taking the wins.

The men got things underway on the tarmac of the Laguna Seca raceway under clear skies and a windy but cool 60-plus degrees (Fahrenheit). A dozen of the world's top riders formed a selection fairly soon on the opening lap, with a number of youngsters staking their claim with the more established names in MTB racing, notably Howard Grotts, Sam Gaze and Simon Andreasson (all Specialized), Andri Frischknecht (Scott-Odlo), Russell Finsterwald (SRAM 1 TLD) and Keegan Swenson (Sho-Air/Cannondale).

This group was stretched and whittled down after the first lap, when Geoff Kabush (Scott 3Rox) was able to keep the pace set by a surging Schurter, who was admittedly not on his best day. Unfortunately for the group, Nino on a so-so day is stronger than almost any rider in the world. The previous day's short track winner showed he had enough in the tank for the marathon race, as he hit the singletrack and pushed on alone. He would later be joined by Dan McConnell (Trek Factory Racing) and Grotts for a final showdown on the track. Taking the final turn towards the line, the multiple-time world champion put everything into his sprint to take a fine victory in front of a delighted crowd. 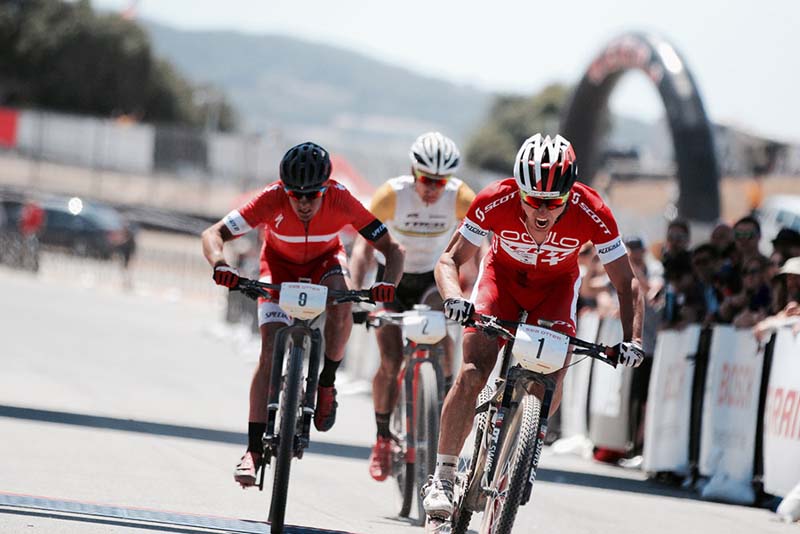 "The first lap was quite slow and we were a big group," said Schurter. "Kabush helped me get to the front on the second lap. I attacked and got away a bit on the singletrack and got caught by McConnell and Grotts. The end was a three-up sprint that went well... great racing! It's a good way to finish my American trip! My next race is a Bundesliga race in Heubach, a tough race with a lot of climbing, so I'm looking forward to that as well." 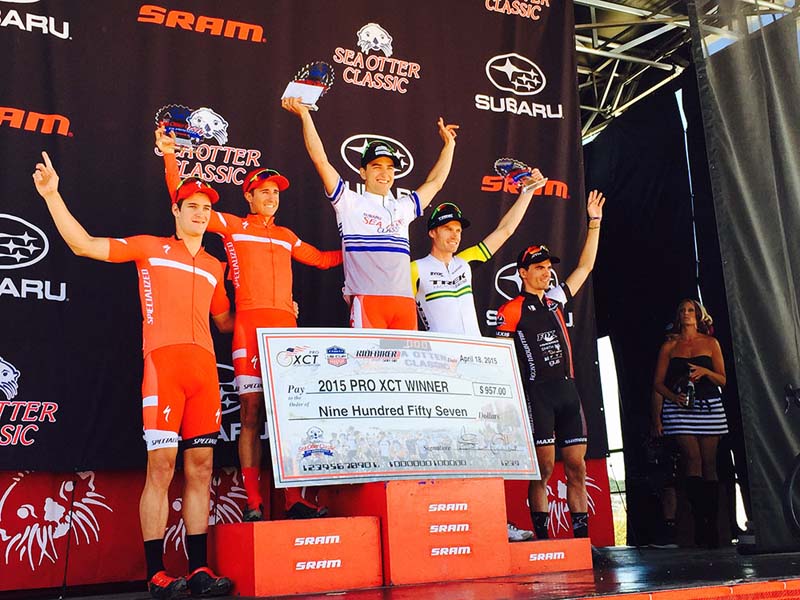 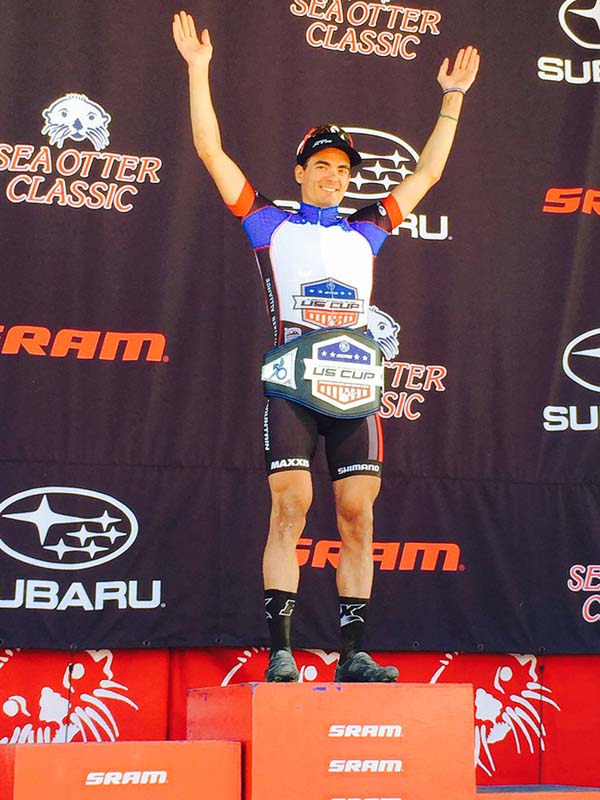 The women's field took off twenty minutes after the men for two laps of the same loop. Many of the usual names were present in the lead group of seven as they went through the first lap with Emily Batty (Trek Factory Racing) in the lead. The decisive race action took place on the second time up the main climb, as Rebecca Henderson (Trek Factory Racing) pushed hard with Pendrel on her wheel. This forced the main selection which would tear the group apart steadily throughout the lap, leaving the top riders spread apart about thirty seconds from each other at the finish. Pendrel came across first, followed by Henderson, Jenny Rissveds (Scott-Odlo), Chloe Woodruff (Stan's NoTubes-Niner) and series leader Emily Batty (Trek Factory Racing).

"Rebecca {Henderson} was first wheel and was setting a hard pace on the second time up the climb and I heard something behind us," said Pendrel. "Emily was with us for a while but slipped off so we went for it. It was nice and cool out there today compared to Bonelli and Fontana so that was nice. Sea Otter is such a cool event. It's great to see the kids out there on bikes, to see all our sponsors and to put on such a good show for the fans... I love it!" 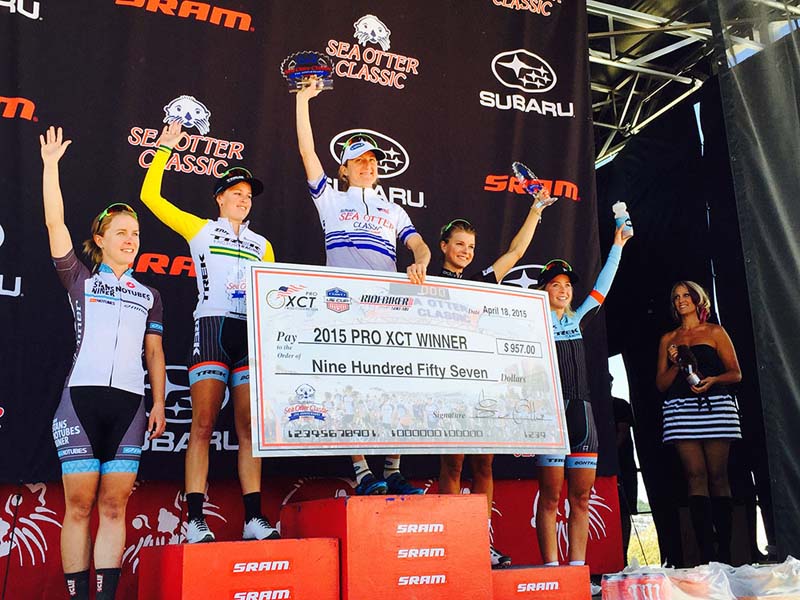 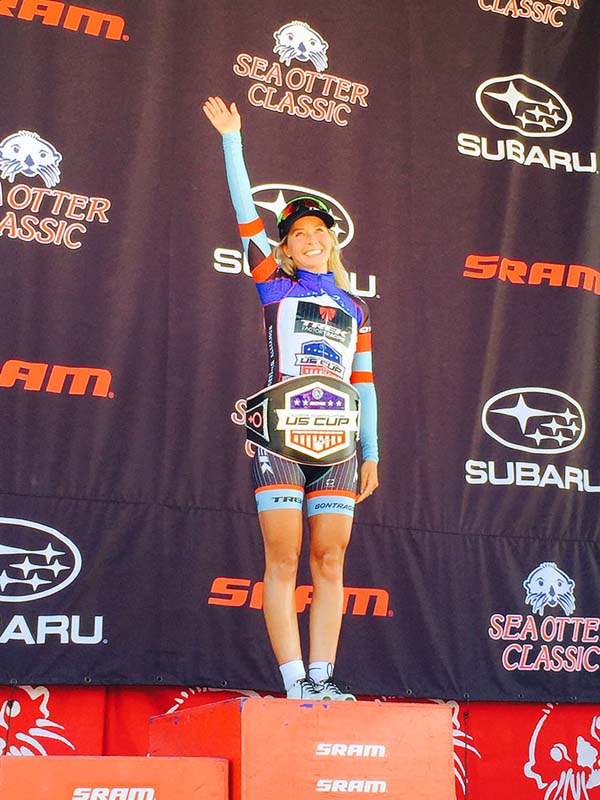 After round four of the USA Cycling US Cup presented by Cannondale series, Gagne solidified his lead with a strong performance at Sea Otter, while Batty stays in the lead in the womens' series ahead of Pendrel by just ten points (provisional).

The USA Cycling US Cup presented by Sho-Air Cycling Group series will continue with round 5, a UCI Category HC race, in Colorado Springs, Colorado on Saturday, June 27th.