The women of Optum Pro Cycling presented by Kelly Benefit Strategies added an exclamation point to the weekend of national championship racing in Greenville, North Carolina, speeding to a gold medal in the first-ever USPRO Team Time Trial National Championship. The 6-woman team of Canadians Annie Ewart, Jasmin Glaesser and Leah Kirchmann, plus Amy Charity, Alison Tetrick, and Brianna Walle, recorded a time of 42.35:21 to beat out Team UnitedHealthcare (43:09.28) and Team TIBCO-SVB (43:52.79) for the gold medal in the race against the clock. 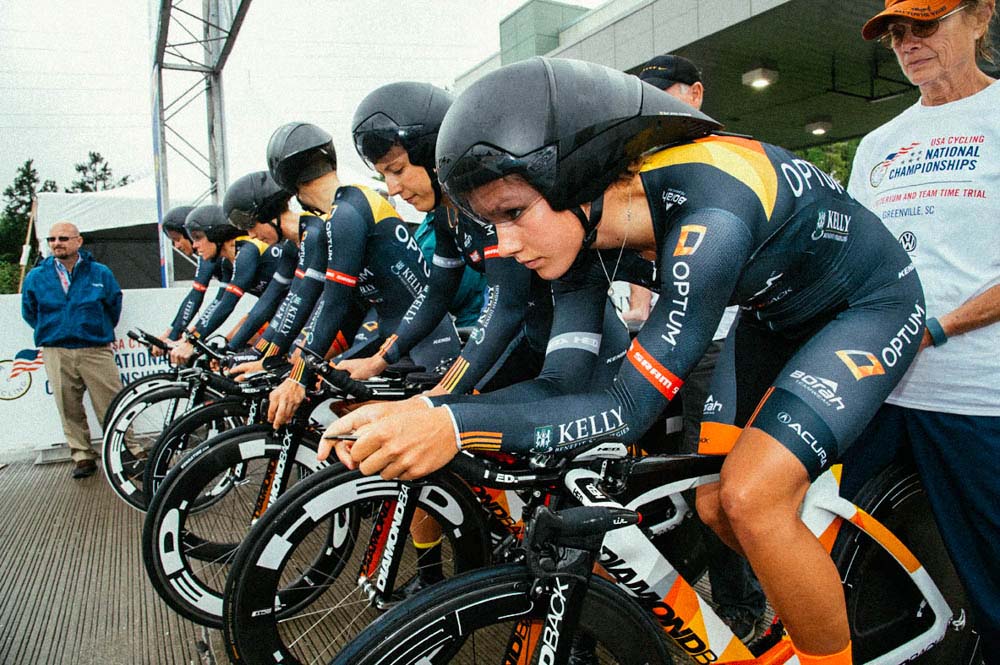 A downpour rolled over the team time trial course, but things calmed down significantly before the first team left the starting gate. Although the highway based, out-and-back course had relatively slick conditions, weather was ultimately not a factor in determining the overall winner. 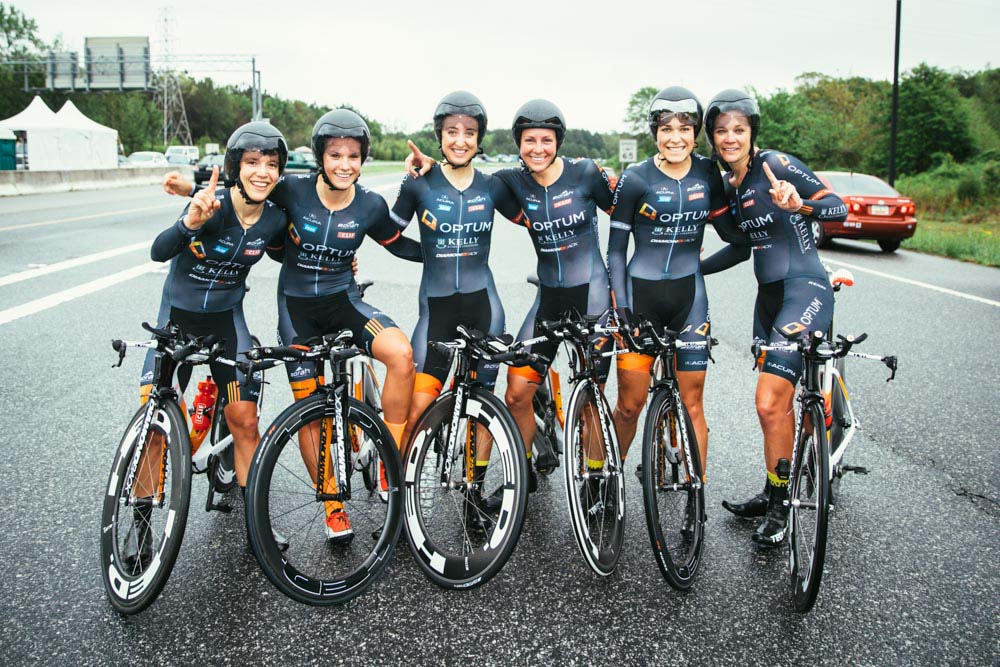 "The weather was a little dreary and daunting at first, but we've had a lot of practice in various situations and conditions so we stayed calm and focused on racing our bikes as hard as possible," said Walle, who took a bronze in Saturday's criterium championship. "We trust each other pretty well from all of the training and the racing we have done so we weren't thinking about the weather too much. All of the training and hard work we have completed in this discipline payed off today! It feels great to get a victory together in such a team-focused event, and have everyone ride strongly to make it happen."

The team's near-miss at the podium in the 2014 UCI World Championship TTT was vindicated at the historic American event. After an emphasis on practice and simulation in the discipline by Performance Director Patrick McCarty, in the form of a tailored mini-camp, the team came to the event with poise and experience, and delivered on expectations. After the historic result, the Orange & Black should be a podium favorite at the 2014 World Championship TTT in Richmond, VA.

"The athletes we've added to this year's roster and the knowledge we have gained since placing an emphasis on fine-tuning our TTT game plan made the difference at this race," said McCarty. "Just to say, 'we are X seconds faster' isn't the best way to look at it - with all the work we did last year in the discipline and continuing this year with mini-camps, it gives the athletes the base, confidence and experience to come here and deliver, and they certainly did."

McCarty and his team were ecstatic, and a bit relieved, with the victory. Inclement weather caused large travel days for the men and women's teams, and the women's trailer, stocked with the new Diamondback Serios TT bikes that would ultimately deliver them to victory, suffered a breakdown and needed to be fixed before finishing the trip to Greenville.

"I expected that we were more than capable of winning, but I didn't expect many of the issues we faced this week - lots of travel problems due to weather, mechanical issues with our trailer - it wasn't the smoothest lead up to one of our big goals this year," said McCarty. "It shows the cohesion we have in this group and how good these ladies are - they stepped up. They have certainly set a high bar now for the rest of the year, and I expect the momentum we built here at nationals to carry forward."

In the men's race, the Orange & Black were again a favorite for the podium against stiff competition from some of the country's fastest time trialists. The team missed a gold medal by the slimmest of margins, crossing the finish just six seconds behind the Hincapie Racing Team to take silver.  The squad consisted of Jesse Anthony, Tom Zirbel, Scott Zwizanski, Phil Gaimon, Tom Soladay and Canada's Will Routley. 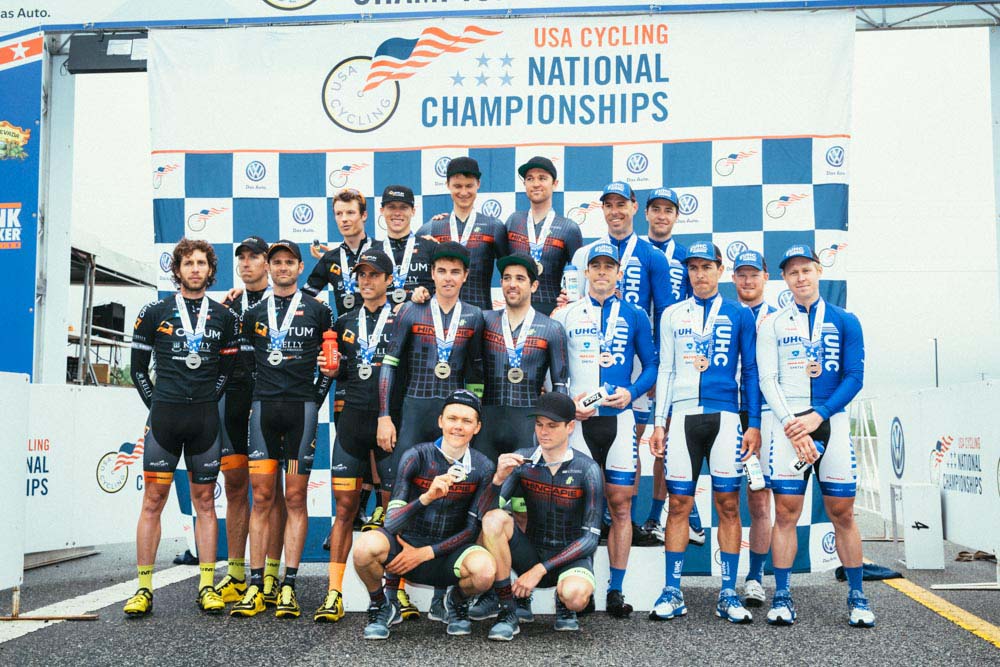 "We had a good ride, but I think we made few little mistakes out there and sometimes that makes all the difference in such a competitive event. The Hincapie team had a great ride today - I knew it was going to be a very, very close contest for the win, and ultimately we just came up a few seconds short," said Performance Director Jonas Carney. "We will talk things over and fine tune for our next team time trial.  We had a very rough couple days of travel due to the weather for the guys, so they might not have been as fresh as we would have liked, but the bottom line is any team can make excuses and find reasons why it didn't work out, but in the end the Hincapie team rode a great race, so hats off to them."