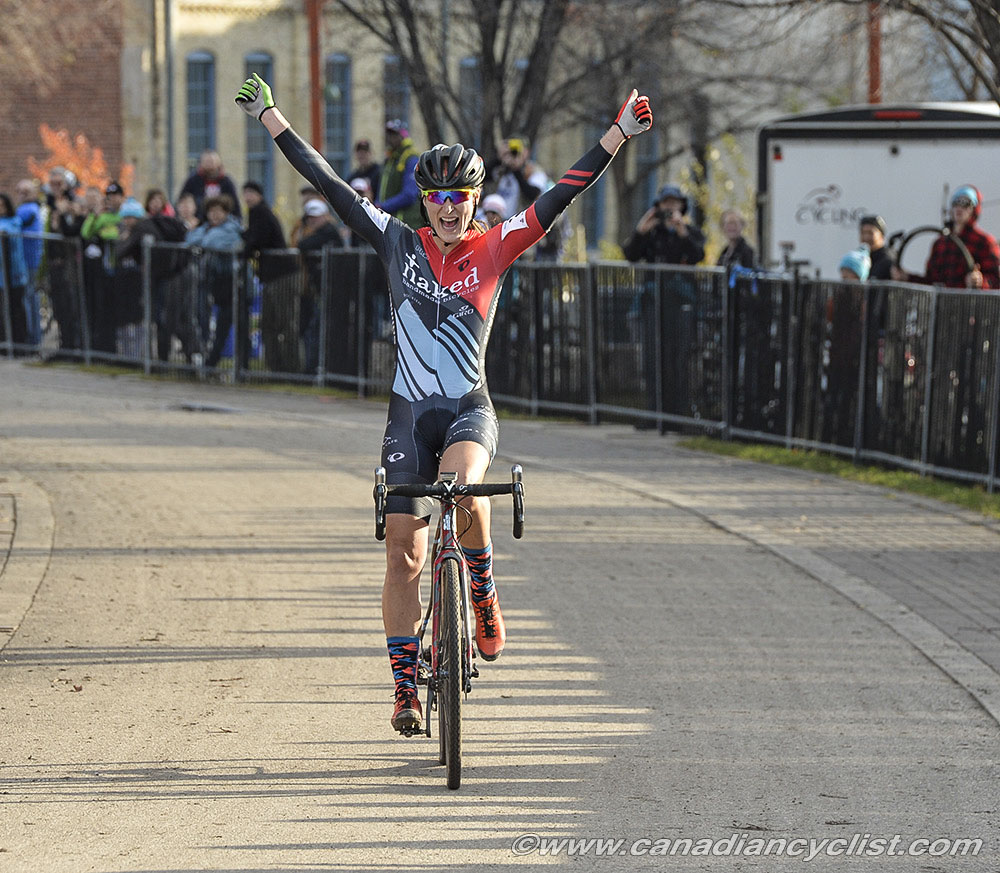 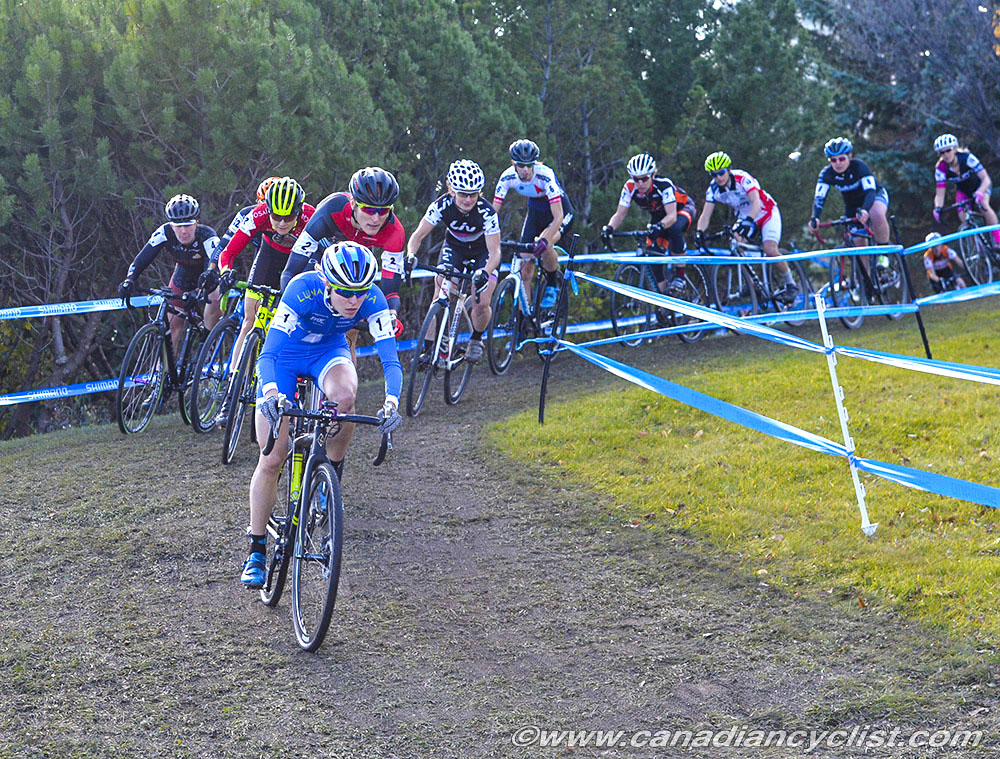 By the time the Elite riders took to the course, the muddy sections had all but dried out, making the circuit very fast. In the women's race, with the absence of defending champion Catharine Pendrel (Luna), the door was open to a number of contenders. Maghalie Rochette (Luna), the silver medalist last year, got the hole shot into the first of the grassy zig-zag section, but Dyck overtook her after having trouble clipping into her pedal at the start, and began to build a lead, which would extend to over 30 seconds by the finish line.

As Rochette faded, mountain biker Sandra Walter (Liv Giant Canada) moved into sole possession of second, and would hold it until the finish. Behind, a battle was developing for the final podium spot between Natasha Elliott (Red Truck-Garneau p/b Easton), Rochette and Winnipeg-born road pro Leah Kirchmann (Optum p/b KBS).

Elliott moved into third, but couldn't develop more then a few seconds gap on the other two and, on the final paved sprint to the finish line, it was the local favourite, Kirchmann, who outsprinted the other two. 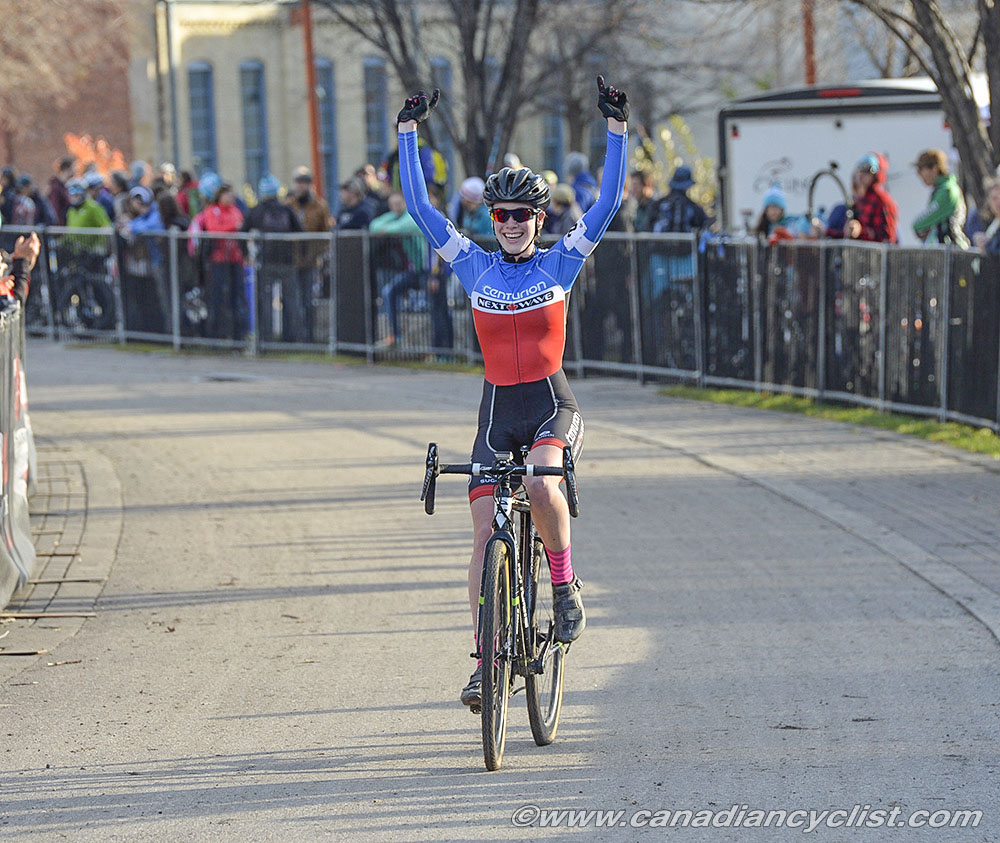 In the concurrent Under-23 women's race - the first time a championship jersey has been awarded for the category - Ruby West (Centurion Next Wave) dominated, finishing three minutes up on Dana Gilligan (Cycle Solutions), with Maggie Coles-Lyster (Local Ride) taking bronze.

In Masters women competition, Alana Heise (HSC-Terrascape) won the title over Meghan Osborne (Jasper Source for Sports) and Shawna Donaldson (Synergy Racing), as Alberta riders took all of the top-5 spots. Worthy of mention is the impressive field of over 30 riders.