Rally Healthcare will replace Optum as the title sponsor for the U.S.-based road squad that features Canadian riders such as Jasmin Glaesser and Rob Britton.

"Circuit Sport is proud to announce Rally Health as the title sponsor for 2016 and beyond. Rally Health, a Washington, D.C. based digital health company, is working to reimagine health engagement, offering simple ways for individuals to navigate the complex healthcare system, get access to care, and achieve their health and wellness goals. Rally Health brings a fresh and exciting element to cycling while reinforcing the team's mission to promote an active and healthy lifestyle." 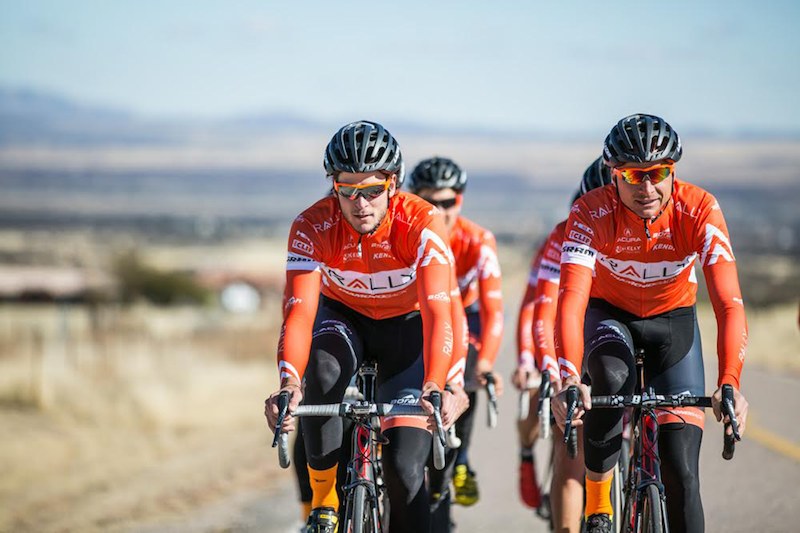 "We are excited to become the title sponsor of the program, which will be known as Rally Cycling (www.rallycycling.com;) from 2016 moving forward," said David Ko, Rally Health's president and chief operating officer. "Cycling is a fantastic way to improve one's health, both for lifestyle enthusiasts and professionals. We are inspired by these athletes, and know their stories will help motivate Rally users to stay active. The team's dedication and commitment to excellence and healthy living are admirable. The team embodies the Rally Health mission and, together, we want to inspire people to be active and make better, more informed decisions about their health."

"The partnership with Rally Health is an ideal continuation of the health and active lifestyle message that has been the foundation of our team since its inception," said Circuit Sport Founder and Managing Director Charles Aaron. "Rally Cycling will be able to expand the reach of our healthy and active lifestyle message and affect further positive change in people's lives."

Rally Cycling is the next step forward for a team that has been a fixture in the peloton since 2007 and has taken more than 260 competitive wins and 550 podiums. The men's team heads into 2016 with the addition of former WorldTour riders Danny Pate and Evan Huffman. Four more North Americans will join Huffman and Pate in new Rally colors: Adam De Vos, an up-and-coming climber hailing from Victoria, British Columbia; Shane Kline, a field sprinter who rode for the Kelly Benefit Strategies team in 2009; Rob Britton, a strong general classification rider and Emerson Oronte, a Boulder, Colorado, based climbing specialist.

On the women's side, Olympic and Pan Am medalist Jasmin Glaesser returns to anchor the team. A strong all-arounder, Glaesser is joined by her teammate on the Canadian pursuit squad Kirsti Lay. Together Glaesser and Lay will feature strongly in road races and are sure to play a part in Canada's Olympic ambitions. In addition to Lay, new recruits include all-arounder Heather Fischer and time trial specialist Hannah Ross. Cyclocross racer Elle Anderson comes on board, along with sprint specialist Erica Allar and all-arounder Jessica Prinner to headline the team's criterium contingent. Also joining the team is a quartet of young up-and-coming riders; Sara Poidevin, Catherine Ouellette and Katherine Maine of Canada and Junior World Championship medalist Emma White of the United States.

Rally Cycling will continue the team's long tradition of success on the racecourse while helping people make positive changes toward an active, healthy lifestyle. The original men's program, under title sponsor Kelly Benefit Strategies, started in 2007 with a win at the USPRO Criterium National Championships - the only team in history to win the event in its first season.

"As the founding partner of the team, it is exciting to see the program take another step forward," said John Kelly the president of Kelly Benefit Strategies. "Through the years we have enjoyed great results due to our amazing partners, dedicated staff and talented athletes. Having Rally Health as the title sponsor is a great continuation of the program's legacy. Rally is committed to the same mission this team embodies - promoting a healthy and active lifestyle."

Under the direction of Olympians Jonas Carney, Eric Wohlberg, and Zach Bell, along with former WorldTour rider Patrick McCarty, the team has achieved major victories on the national and international stage. The men's program took high profile wins at the Amgen Tour of California and Larry H. Miller Tour of Utah, podiums at the USA Pro Challenge and Tour of Alberta, along with multiple Amgen Tour of California King of the Mountain jerseys. The team has also won its hometown race, the North Star Grand Prix, for five consecutive years.

At the international level, the team has found success with an historic podium at La Course by Le Tour de France and a fourth place at the UCI World Team Time Trial Championships in 2014. In addition, the team has had tremendous success abroad taking wins in Canada, the Czech Republic, France, Korea, Mexico, the Netherlands, New Zealand, Norway, the Philippines, Portugal, Spain, Thailand and Uruguay. With Rally Health, the team will continue to build and achieve even greater success.