Kirsti Lay is a member of Canada's women's Team Pursuit squad, which just recently won the overall World Cup title and is a strong medal contender for the Olympic Games this summer. A former national team long track speed skater, Lay has been signed to the Rally Cycling team (formerly Optum) for 2016. We spoke with Kirsti about her new team and 2016 plans. 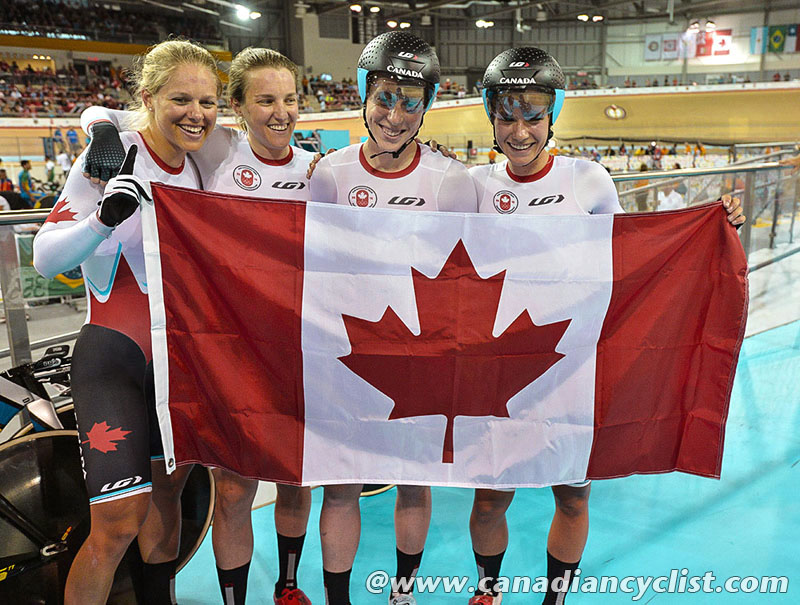 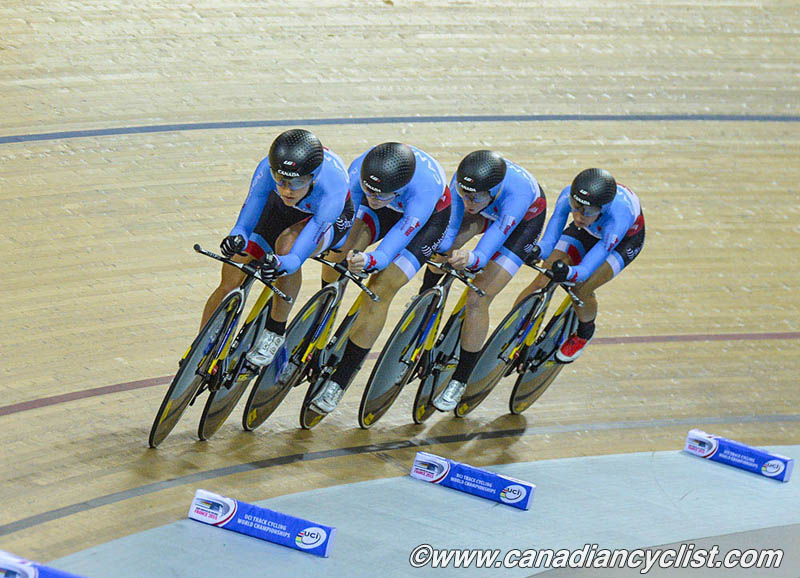 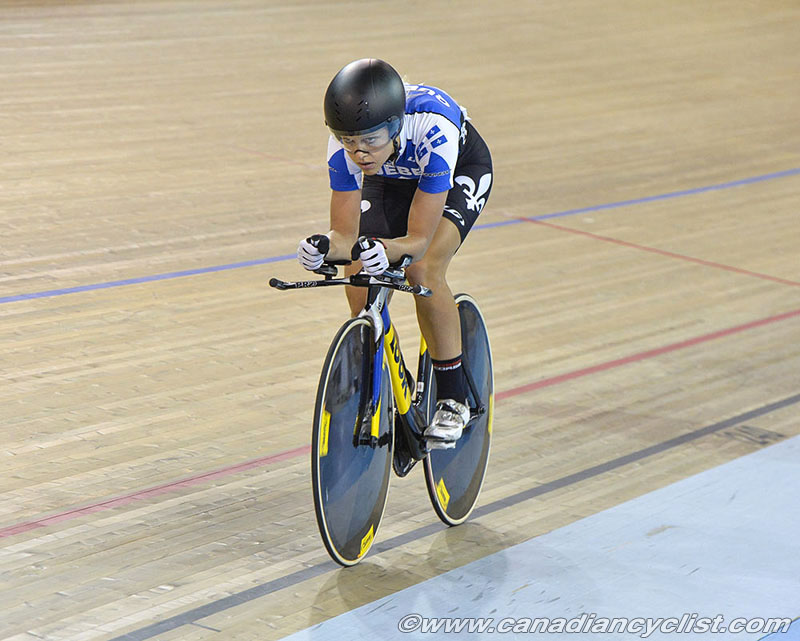 Canadian Cyclist: This is a big step up for you on the road, since you have primarily been a track rider.

Kirsti Lay: Yes, it's definitely going to be a new challenge for me but, looking at the road races I did last year with the national team in Europe, I got a taste of what it's like racing, and I really love road racing. I think it's a natural progression for me, and it keeps me challenged, and also makes me a better rider on the track. So I really wanted to pursue this option.

CC: Your background on the road is pretty recent, isn't it?

KL: Yes, I was with SAS-Mazda, a Montreal team. When I got into cycling two years ago, I started racing in Quebec. Then last year I was more on national team projects, probably my biggest year on the road. I did a block in Europe, I did Fleche Wallonne and a bunch of races in Holland and Belgium, and then Redlands and the Tour of California before our Pan Am prep [where they won the gold medal for Canada in the Team Pursuit].

CC: Now this year you still have the Track Worlds to come, then there is the Olympic Games; have you had a chance to work on a road schedule that will allow you to balance all this stuff?

KL: That was the main concern going into this year, because my goal is Rio. Obviously, that is the priority, but Craig Griffin [national women's endurance coach] has been working closely with Rally Cycling, and making sure that the road racing fits with the program, and that it is beneficial both for me and for Rally.

We were already going to do road racing for the lead up to Rio, so it fits well. Also, having Zach Bell [former Canadian Olympian and now Director Sportif at Rally] on board ... he knows exactly what it's like to prepare for track but still race road. So it's been a really good balance.

CC: So do you know any specifics? In April will you be in Europe or North America, for example?

KL: I'll be staying in North America. The roster hasn't officially been figured out yet, but more targeting races like San Dimas, Redlands, that sort of thing.

CC: On the track you didn't go to the final round of the World Cup [Hong Kong]; was there any specific reason?

KL: The reason was that Craig [Griffin] wanted to use the event as a chance to give some other riders an opportunity to be on the line, and also to play with positioning a little bit. I had done quite a few of the last races, so this was an opportunity for me to stay home and travel less, and do a bigger training block. This will be more beneficial for me down the road, especially leading into the Worlds.

CC: It turned out to be another good event for Canada - three medals in New Zealand [Round 2, that Lay attended], and three more in Hong Kong, plus the overall title.

KL: Yeah, it's pretty exciting. It shows that all the effort that Cycling Canada is putting into the program is really paying off. It's nice for us to get those checks and feedback along the way; when you are training so hard it sure builds momentum within the team. Even just to have a good result .. If you have Monique [Sullivan] and Hugo [Barrette] doing so well, then it fuels the endurance riders, because we all feel a part of that. So it's pretty cool to end the World Cup on that note, leading into the Worlds.

CC: It's about six weeks away from Worlds, so what does the program look like leading up to London?

KL: We're going to do a road block in San Diego, and then have a little bit of recovery before we hit the track again in LA [Los Angeles]. We're doing all of our prep there before we head over the London; that way we can still ride outside and be on the track. Obviously, we are usually in Milton, but just because of the weather we decided to go somewhere a little bit warmer.

KL: I think that we are definitely capable of it and that we are team that has shown that when it gets to the start line, we mean business. It's a really good driver for Rio, because it is such a big event, and all the teams will have their A teams there, which didn't happen at every World Cup. It will be a good indicator to see how we do at Worlds, and then how we need to adjust for the last few months before Rio.