The Kallisto-FCV Cycling Team is one of the premier development teams in Ontario. Based in both in London and Waterloo, the team operates from the Forest City Velodrome in London and the KW Youth Cycling Center in downtown Waterloo.

The team was originally conceived by cycling coach Rob Good and supported by a wealth of volunteers and coaches. The team aims to develop riders from their first ride to competing on a provincial, national, and international level. 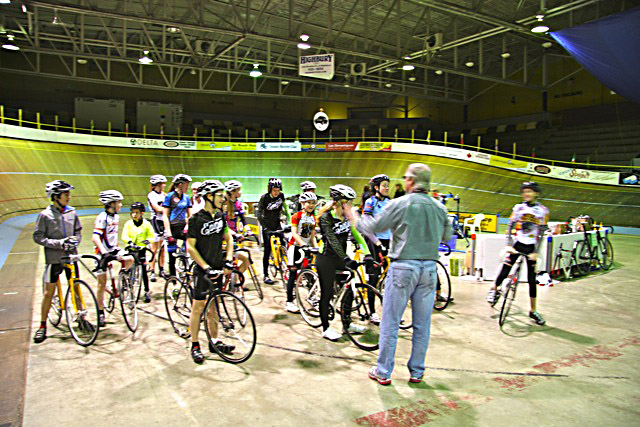 The team competes in track, mountain bike and road events across Ontario, Quebec and eastern USA.

History of the Youth Program at Kallisto-FCV:

2010
The start of the year round program began as a way to keep youth riders from Forest City Velodrome engaged throughout the summer.

In late April, the first youth ride hit the roads of London with a bit of "Keystone Cops" action.... the kids were only familiar with riding fixed wheels at Forest City Velodrome. When we came upon the first stop sign, the kids started pedaling backwards to stop.... You can imagine the size of the pileup that happened when the ride leaders stopped.... back to the FCV parking lot so we could teach basic bike skills, like braking, gear changes and road safety!

2011
In late 2011, the Team Attack initiative began, with new team kits being designed and worn by team members. The first Ontario youth cup races were attended and a contingent of Team Attack riders were sent to the Ontario Cup race at Springbank park to challenge other teams from all around Province. Riders of all ages began to receive coaching & race advice to make them better racers. 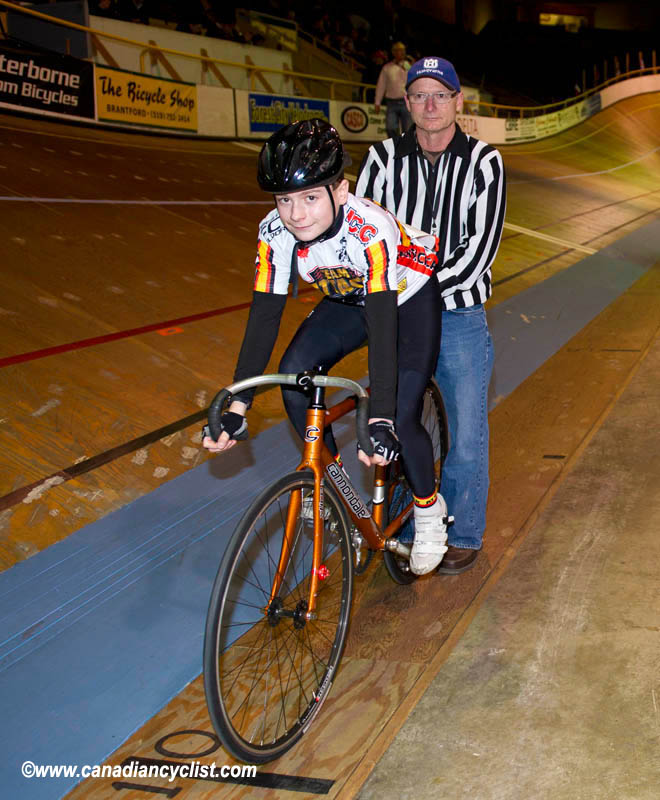 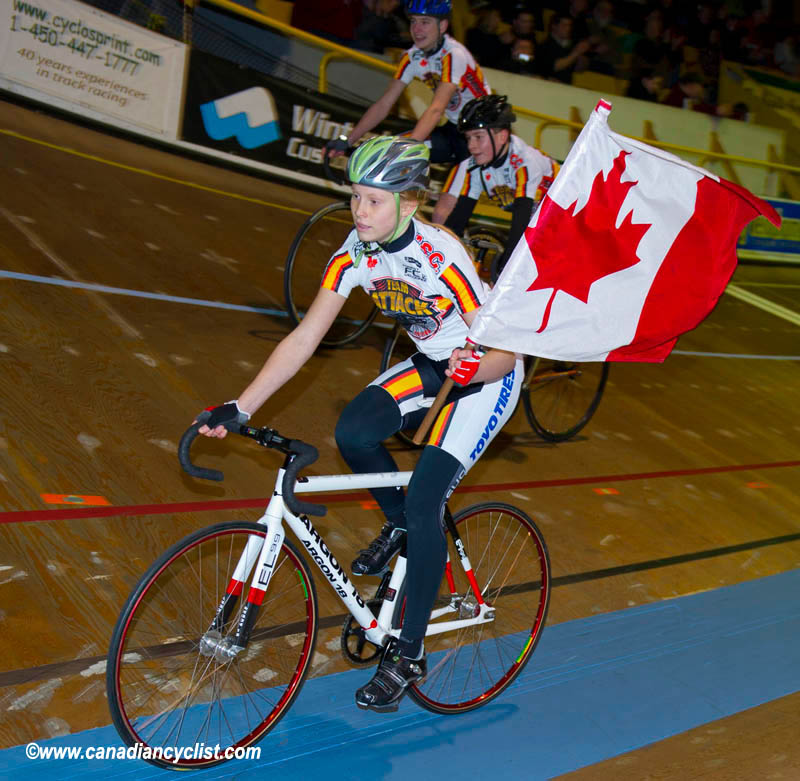 2012
The Invita bike shop (Mississauga) wanted to help the team, and the Invita-FCV Junior Cycling team was born.  It was the first time our Junior program started to make heads turn in the province. People were asking "Who are these guys?"  The Invita-FCV team placed seven riders on the Squad that represented Canada at the Junior Pan Am Championships. 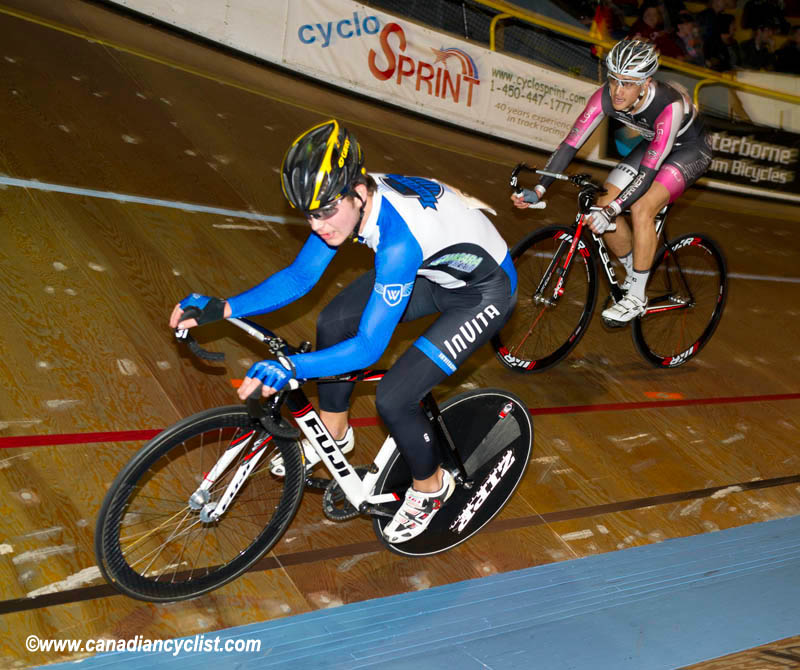 A member of the Invita-FCV Junior Cycling team

2013
The team kit manufacturer, Kallisto, signed on as the team's title sponsor and Toyo Tires as the secondary sponsor, and the Kallisto-FCV p/b Toyo Tires team was born. Team Attack riders were merged into the squad and everyone from youth, elite, and master riders now raced under the Kallisto-FCV banner.

In the years to follow, the Youth program grew to over 30 riders and, in back-to-back years, Bayley Simpson and Sarah Mason won Junior Track Omnium Championships. 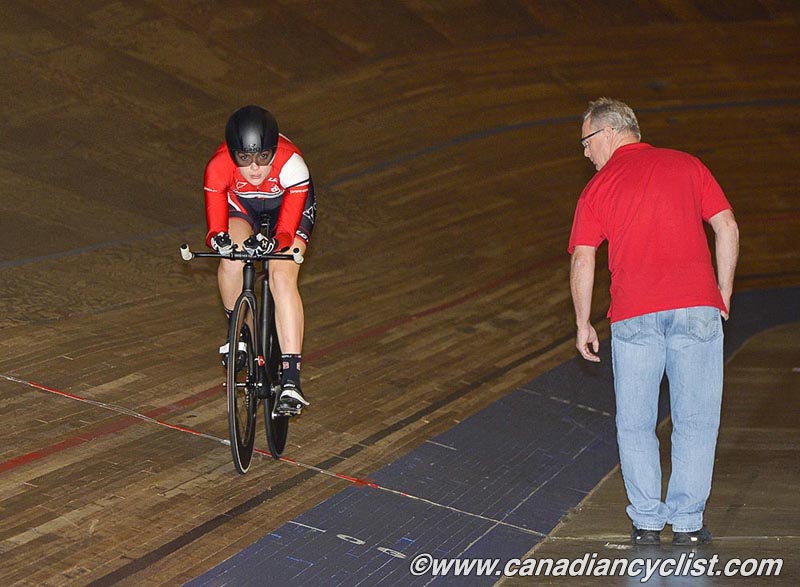 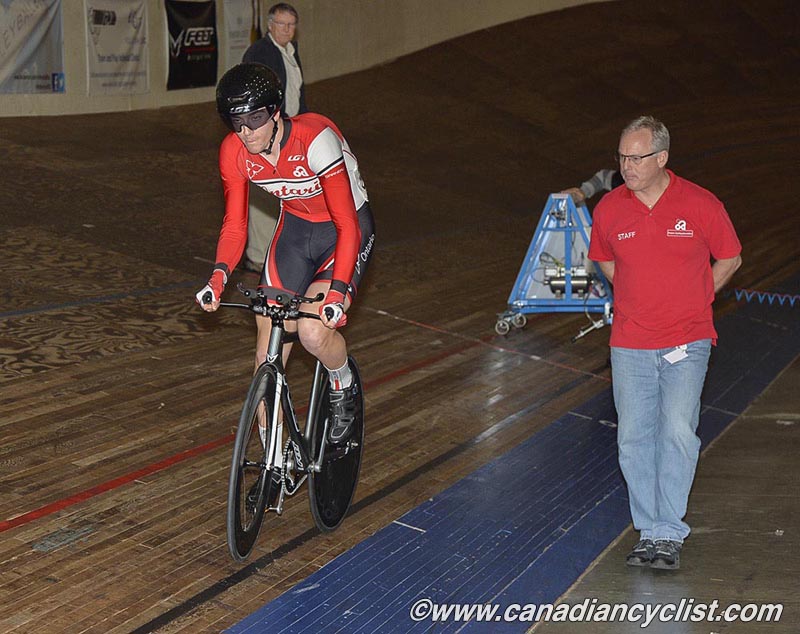 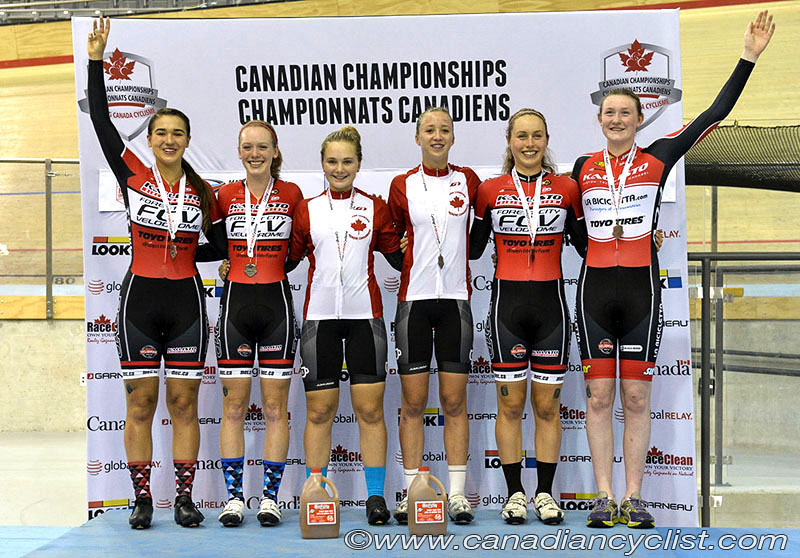 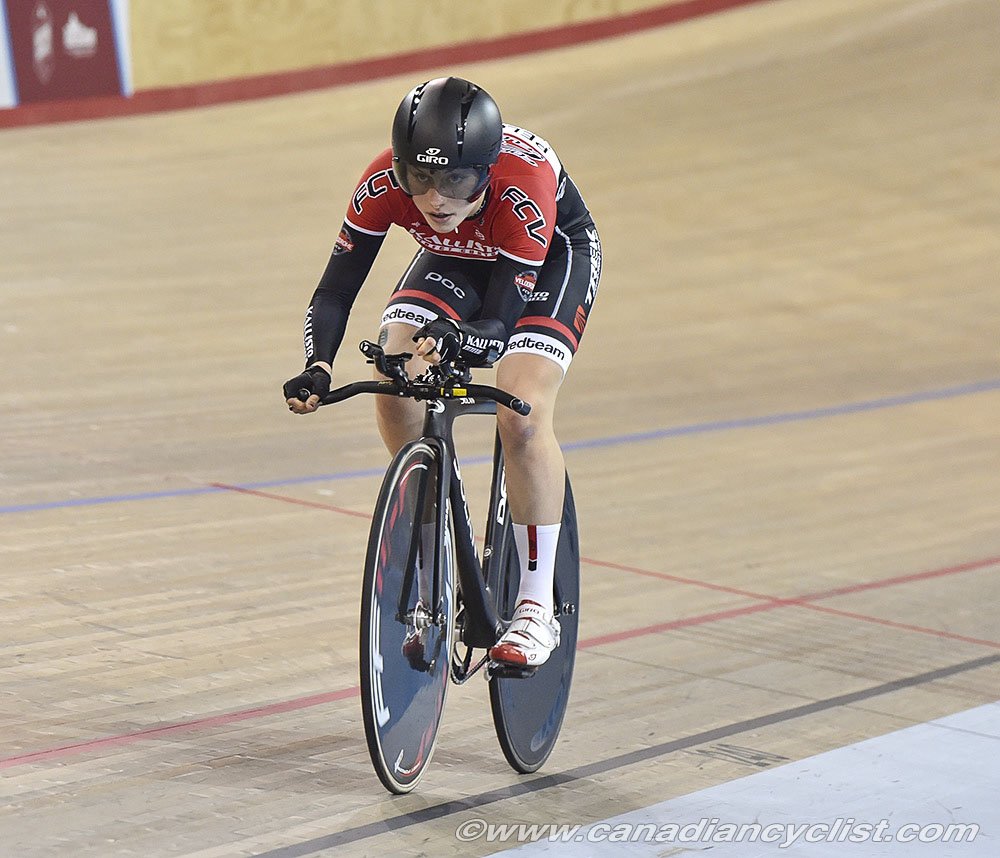 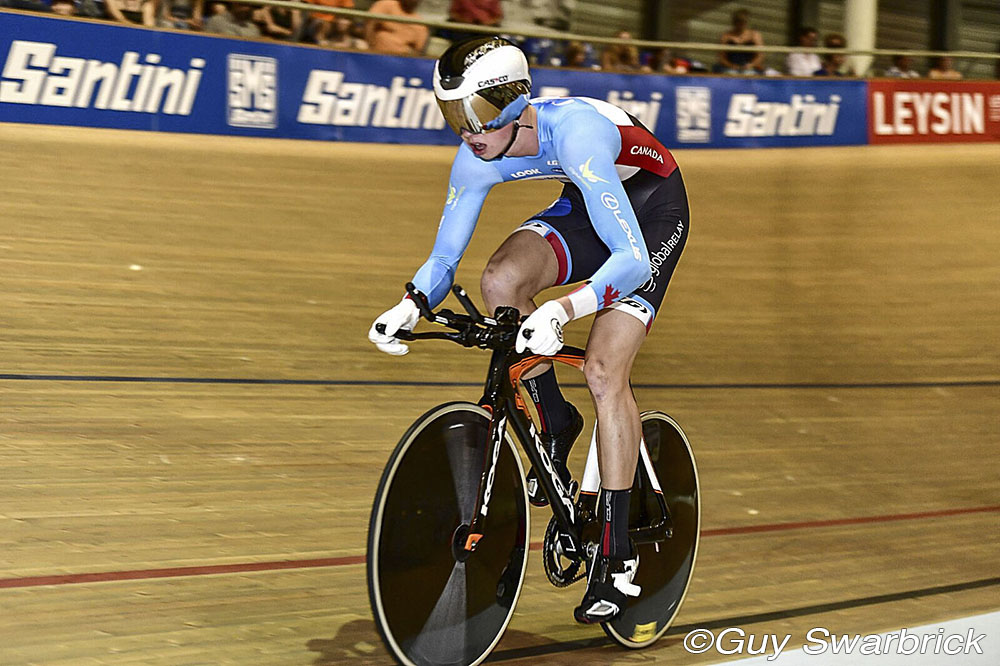 On November 12, 2016, Bayley Simpson of Lindsay, Ontario, was member of the National Team that won Canada's first ever men's Gold medal in Track World Cup competition at Apeldoorn, Netherlands. 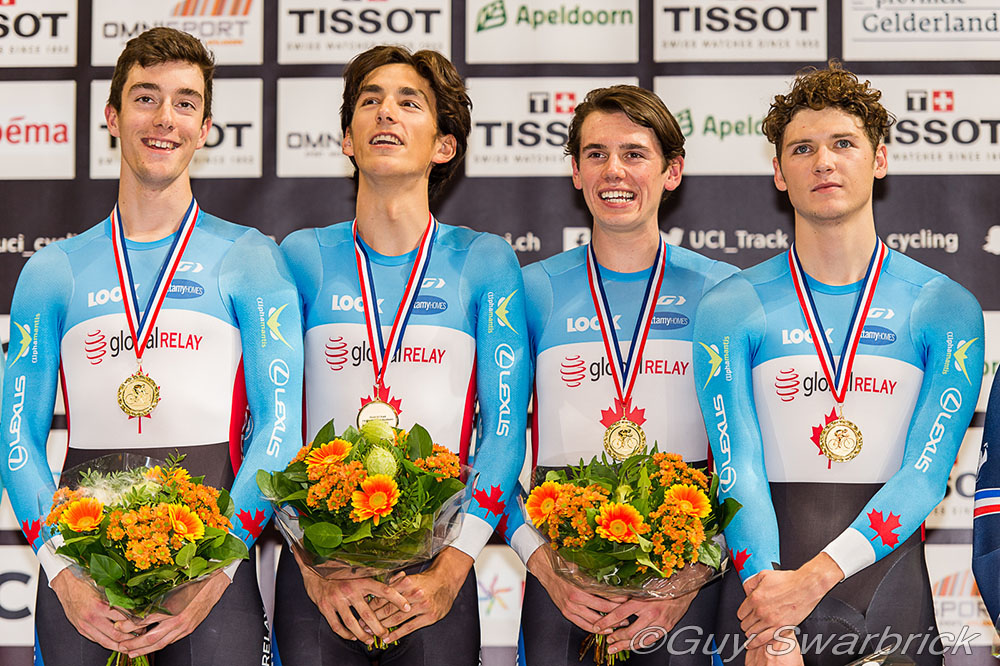 These athletes come from towns all over Southern Ontario, but share one thing in common. They have all been members of Kallisto-FCV, the youth development program originally founded at the Forest City Velodrome in London, Ontario.

Now recognized as one of the premier youth development programs in Canada, Kallisto-FCV is currently helping athletes 9 to 19 years old pursue their Olympic dreams.

As we head into 2017 the Kallisto-FCV p/b Peloton Contracting Youth Cycling Team is expanding.  We are always looking to help young athletes with their big dreams. If that sounds like you, or someone you know, contact the Youth Program at Kallisto-FCV:  info@kallistocyclingteam.com